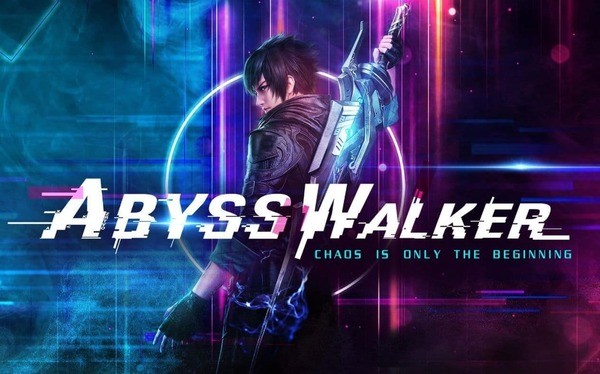 Abysswalker is an incredibly addictive and fantastic 3D RPG game with epic battles, cool heroes and worthy opponents made in cyberpunk style. According to plot, you must become the savior of the world. Only you can return the faith in goodness to humanity and shed the light of life on this earth. Embark on new dangerous adventures and become a true legend. Use your fighting power to the fullest: equip with cool firearms, swords, blades and develop your skills. Fight shoulder to shoulder with your friends or other players from all over the world and destroy evil together. Customize your hero to your liking. There are many settings and useful tools available to help you express your personality. For fans of online role-playing games, our team also offers Blade and Soul: Revolution. Don’t forget to check out cool RPG Idle Heroes.

Learn about the main features of Abysswalker in our overview.

Lack of races and classes

Abysswalker differs from many other role-playing projects in that there is no distribution of heroes by classes. At the very beginning of the game, you have two characters to choose from – male and female. You don’t need to choose any skill points or perks at the start of your adventure, but you can use this opportunity already during gameplay process. This approach may seem strange to some players, but developers decided to do something outside the box. It is difficult to say if this is the right decision, but Abysswalker does not become less interesting due to the lack of classes and races.

Grab sword or arm yourself with pistol

Another interesting feature of the Abysswalker is the variety of weapons. As already mentioned, developers created the project in cyberpunk style. This means that there are also the most modern guns, such as pistols and machine guns but not without traditional swords and axes. Therefore, variety of PVP battles becomes enormous. After all, you can beat your opponent with modern automatic weapon. Nevertheless, such an approach cannot guarantee you the win in battle, as sharp sword in skillful hands can be much more dangerous than pistol.

Since Abysswalker is MMORPG, you can find many other players here. Unite with them for a common goal or participate in PVP – it’s up to you. On our own, we want to add only that we really liked the exciting survival mode. It is a kind of analogue of royal battle. Fight against 19 players like you and become the last survivor. As a reward, you can get valuable prizes, artifacts and money. However, you also have something to do in Abysswalker besides this mode, because it holds various events and tests almost every day. You can participate in them by gathering a loyal group of comrades or you can try your hand at solo.

Graphics are one of the main strengths of Abysswalker. Indeed, game greets you with beautiful landscapes and carefully crafted character models. Many critics point to its graphic component as project merits. Soundtrack is quite standard for role-playing projects. There is nothing special to note here.

In order to improve your hero, buy items and artifacts, you need in-game currency. As usual, players may face donation needs that usually arise during the gameplay process. However, you can use our Abysswalker mod for unlimited amount of money so as not to waste real money on mobile game.

After checking Abysswalker, our team ensures performance of unlimited money mod. However, you need to be aware that you can get a ban for using our solution! Please note that modified version may work unstable on some devices, but don’t worry, as we always try to quickly fix such a situation.

There was a time when mobile MMORPGs amazed and pleasantly surprised users by their very existence. Gamers were not particularly spoiled, so Chinese developers supplied the mobile games market with online projects like some kind of conveyor. In order to generate interest from users today, studios need to try hard, as 9SplayDeveloper did.

Although Abysswalker repeats some familiar mechanics, you can find many new things in the project. It is worth noting only one graphic component, which can easily compete even with some modern MMORPGs. Many competing games offer users to exist in separate hub city and fight opponents in separate sessions. Here, you have a huge world at your disposal. Moreover, you can freely move between its locations. Pay attention to additional modes, where you will not encounter tangible restrictions in process of acquaintance.

Developers improve the game almost every day at a tremendous speed, since often players get new patches, locations, abilities or items of equipment. Today, Abysswalker has more than 100 thousand downloads. According to gaming reviews, game also has excellent rating of 4.4 points.

Abysswalker has various mounts that help you move between locations with greater speed. Flying wings can become a real discovery for users, which allow you to rise to a bird’s eye view and penetrate into the most hidden corners of the game world. We recommend you to pay attention on various peaceful activities, which also feature other user’s participation.

Abysswalker is good quality MMORPG that can appeal to all fans of the genre. High-quality graphics, immersive world and weapons from different eras won’t leave you indifferent.

How to Install Abysswalker Mod?