Action Taimanin is an action role-playing game in which players are waiting for the story of a world where people and demons have lived side by side for centuries without interfering with each other’s lives. However, the rule was violated at one point and people has to create a special detachment engaged in control of international threats. A variety of demons came to the earth, who unleashed a brutal war and even stole biological weapons directly from the UFS base. To bring it back, the government created a special squad that includes the best agents. Choose your heroine and go on various tasks. Fight numerous opponents, hone your skills and even join various alliances. Upgrade your characters, buy various improvements and keep fighting to defeat the dark forces and send the demons back. Also download Pure Sniper: City Gun Shooting and Thetan Arena: MOBA & Battle Royale. 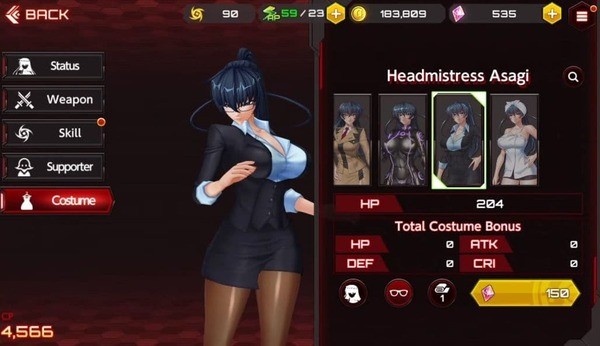 You have to take control of brave female warriors in Action Taimanin. The plot tasks tell in five chapters how the demon hunters faced the next terrorists and traitors who detonated biological weapons and turned the inhabitants of one large island into monsters and zombies.

In addition to the plot tasks, there are also daily assignments. Events that reveal the stories of one of the most important characters in the universe. Complete special tests, where you need to replay the story missions for a while and beat other people’s records. Play Special Mode, where you can race on a bike, dodge obstacles, and earn various rewards for a successful finish in the role of the main character, Igawa Asagi.

Many heroines available for improvement

Action Taimanin allows you to quickly acquire good weapons and strong support girls. Each of them gives its passive bonuses to your hero. The one that you appoint as the main “support” also opens up access to your unique skill. This can be healing during combat or a temporary reduction in defense from mechanical enemies.

Support fighters and pump their characteristics and skills. Do not forget to develop your main waifu. Moreover, as you progress, not only its individual level increases, but also the overall rank of the account. The higher it is, the more opportunities it opens up. 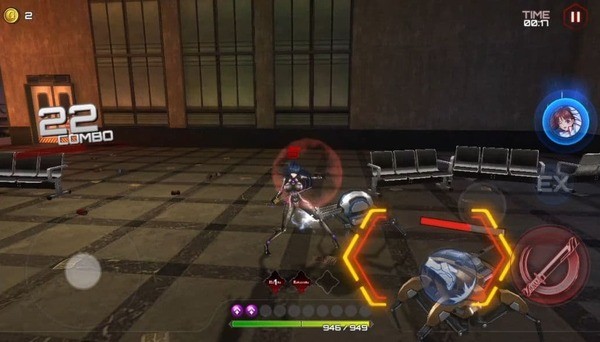 In addition, you can upgrade the main and secondary weapons for different resources, modules with passive bonuses for equipment. Improve skills that are unique for each sword or cannon. Moreover, in some cases, you need to spend exactly the same second item or (if you want to improve the ability to support) a similar character to level up. Action Taimanin allows you to craft resources and create new slots for modules on weapons. However, you should first pump weapon or sword as much as possible for this.

The graphic content of Action Taimanin features a drawn stylization that can please all anime lovers. Plunge into a colorful atmosphere filled with many effects, and try to pass all the tests that the developers have prepared for you.

We bring to your attention a mod that gives access to a special mod-menu, where you can select the required damage on characters from 1 to 1000. The mod also provides a god mode.

All activity in Action Taimanin requires special energy – action points replenished with special consumables. In theory, doing everything at once will not work. At first, we have a lot of everything in order to attract as much as possible. There are also a lot of crystals and special tickets for use in the local gacha machine during the first launches.

In addition, you can upgrade the passive characteristics of the demon hunter for a separate currency. This includes maximum health or protection, damage from attacks and so on. In addition, there are training rooms, private rooms for demonstrating and photographing available characters. Enjoy a mechanic of interaction with friends, which allows you to receive another type of currency – friendship points. Exchange them for various desired bonuses. 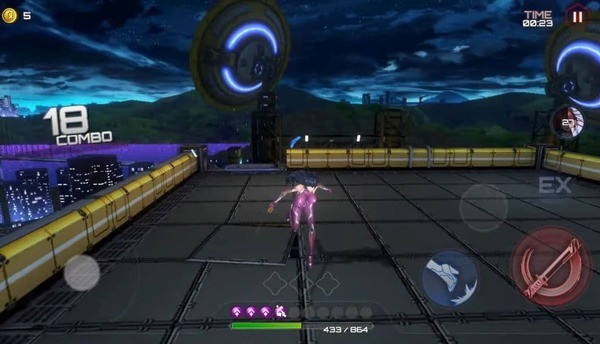 The game is frankly simple at the initially available easy difficulty level and this can be a minus. Then “Normal” level of difficulty and “Hardcore” opens, where everything becomes more complicated, forcing us, finally, not just to hold down one button, but actually do something during the battle. However, the combat system still looks rather primitive.

Action Taimanin is a product mainly for fans of curvy anime girls. Fans of the series will be able to learn something new about their favorite heroes and the very setting of these games. The rest of the game may or may not like it.