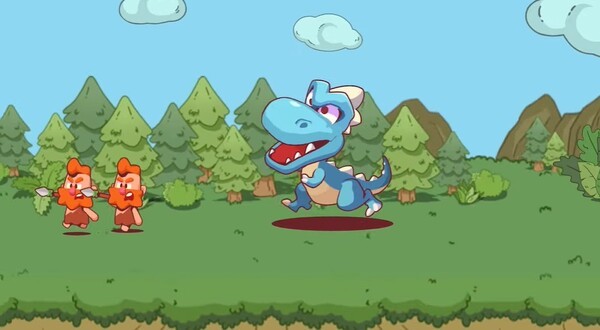 Age of Caves: Idle Primitive is a new exciting project from WGames Studio. Become the leader of a group of primitive people and provide them with a comfortable life. Create an army and upgrade your soldiers. Fight with other tribes for resources and other benefits. Hunt prehistoric animals and build farms to eliminate hunger. Summon new types of troops and use the right strategy to win. If you know anything about Art of War, then you probably heard about the variety of units presented there. Moreover, a multi-faceted combat strategy system has also migrated into this game. Place your units as correctly as possible to achieve success in the battle. For all fans of simulators and strategies, we also offer download Farm Town and Hotel Transylvania Adventures.

Creators released Age of Caves: Idle Primitive for free access relatively recently, but has already been able to gain recognition from fans. Over a million downloads and tens of thousands of positive reviews speak for themselves.

Hunt and breed animals on the farm

Despite all the primitiveness of primitive people, the developers did not make bloodthirsty monsters out of them. Any hunt on which you send warriors of your tribe ends only by stunning the enemy. Then the animal will go directly to your camp on the farm, where it begins to benefit the community. Some species of fauna can become helpers not only in agriculture, but also in battle. Already at the initial stages of the game, riders on giant birds will be available to you. Each new animal on the farm replenishes the supply of resources necessary to maintain a comfortable life. Be sure to keep an eye on this factor. 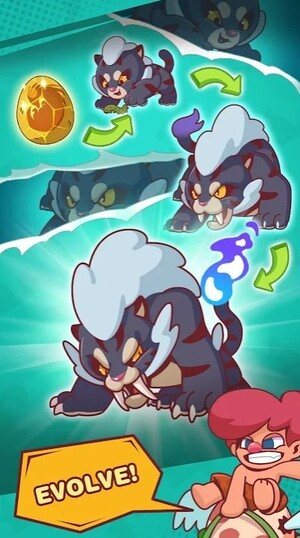 Summon and upgrade your warriors

Developers arranges structure of the game in such a way that any new squad of warriors appears from the fountain. However, for a successful deal with the gods, you need shells – the local in-game currency. The number of types of troops reaches several dozen, which is once again reflected in Art of War. Moreover, the resources obtained on the farm can help you improve the characteristics of the units.

You can make your troops more protected and deadly against the enemy. True, for this you will have to fight for a long time and get new types of resources. We also want to highlight the possibility of strategic deployment of troops before the battle. When fighting animals and predators, this approach is not appropriate. However, when fighting enemy units, it will be very convenient to place troops depending on the types of troops you have. 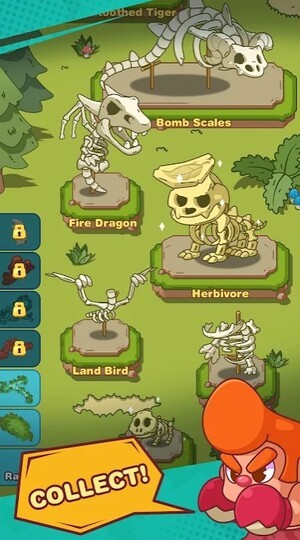 Another feature of Age of Caves: Idle Primitive is a fun multiplayer mode. You have the opportunity to fight against other tribes, led by real players. Here you need to try to take care not only of the correct placement of your people before the battle, but also to select the appropriate skills and abilities of the warriors. The developers have specially presented the leaderboard, where the most gifted and pumped players from all over the world can get. Fight, win and rise higher and higher on the career ladder.

The game cannot boast of good graphics, but we are more than sure that the developers did not try to surprise the players with something. A standard hand-drawn picture is a great option for relaxing after a hard day at work. In addition, a similar approach is fundamental in projecting application size and overall performance. The game weighs about 140 megabytes and runs smoothly even on the weakest devices. The sound component of the project is also presented at the level. The developers did not make any boring music or harsh effects.

Despite its seeming simplicity, Age of Caves: Idle Primitive is not an easy game. Some PvP battles can be a real challenge for players. That is why we suggest you download a mod with a built-in menu. Among its functions, you can use god mode, dumb enemy mode and the ability to increase damage. Thus, you can defeat any enemy and develop your settlement as quickly as possible. Please note that using the mod may result in your account being banned. All actions you carry out at your own peril and risk.

Age of Caves: Idle Primitive is a great option for a carefree pastime. Taking into account the peculiarities of the gameplay, this project does not require close attention from the gamer. Therefore, you can start the game for only 5 minutes. This will be more than enough to win a couple of fights, saddle a new animal or pump the level of the army. On the other hand, as you progress, you can also enjoy a full-fledged PvP mode. This is where players spend most of their time. In any case, we recommend this application for installation.