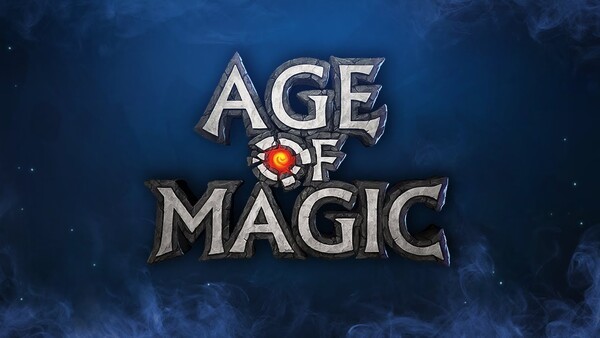 Age of Magic is a turn-based RPG game based on the popular fantasy genre. It features many epic battles, warriors, castles and fairylands. You have to lead a squad of 5 people and go to carry out various missions in the passage mode. Turn to the powers of light or darkness, fight other players in PvP arenas and perform many amazing actions in the game world. Explore ancient dungeons and ruins that are easy to enter but very difficult to get out. Demonstrate your skills in open battles, seize lands and push back opponents. You can do almost anything. Choose your warrior, learn his story, learn his skills and set off on an exciting adventure. If you are passionate about role-playing projects, then download also Idle Grindia: Dungeon Quest and The Elder Scrolls: Blades.

We can talk about this game for a very long time, because it is incredibly versatile. Therefore, it is better to download Age of Magic and see for yourself. 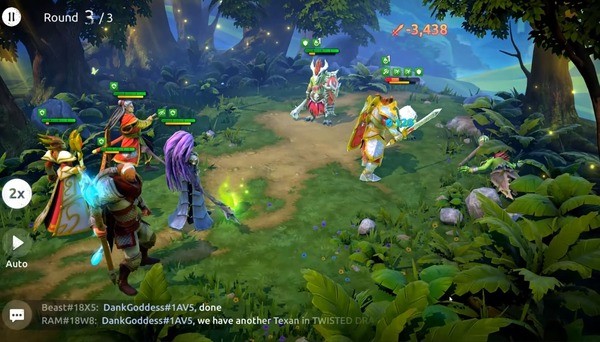 Age of Magic has two main single player campaigns. They overlap with each other with intertwined stories. Find out the fate of some heroes at the end of a completely different story arc. First, you play as Roland. He is a True Magician who is destined to find the Dark Tower and to start the Age of Magic. We can say that the developer was inspired by the work of Stephen King. Many of the names came directly from his books. Having slightly familiarized himself with the inner world, you will find out who is behind the death of Roland’s native village. Learn more about the True Mages and even influence the fate of the whole world. The campaign is worth going through, if not for the sake of the plot, then because of the additional resources and experience of the game.

The combat system in Age of Magic is turn-based with one turn for each hero. During his action, the hero can either move or use a skill. They are divided into two types: offensive and defensive. For each action, there is a short animation after playing. By clicking on a character, you can get a detailed list of his abilities, skills and characteristics. Given that each hero has a role to play in battle, you can develop tactics to suit your playstyle.

In battles, not everything is as difficult as it seems at first glance. When the time comes for real battles, you will learn everything. When the heroes meet, they immediately exchange a couple of lines. Thanks to this, it will be possible to find out the essence of what is happening. Each hero strikes in turn. During your turn, you must choose an ability for attack or defense. It is also easy, you just have to click on the character. A list of effects will drop out, allowing you to come up with a battle strategy.

Assemble a team of great heroes

A squad of up to five heroes will always fight on your side. There are 60 of them. Characters belong to different factions and have unique skills and role on the battlefield. Build a future-proof squad to create the most flexible tactical unit. 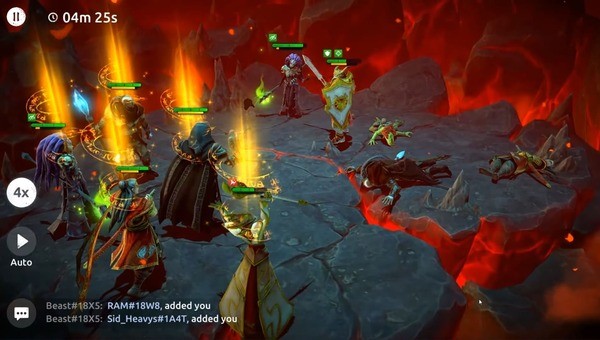 Age of Magic features mages, healers, knights and assassins. You can collect a squad from different races, or, conversely, give preference to a certain faction. In more detail, the healer acts as a support, restoring the vitality of the heroes. The magician possesses useful offensive magic. He can affect groups of opponents with massive damage and is able to impose negative effects on them. There is also a rogue who is a dodger. In general, he dodges attacks and is able to circle them around his finger.

The shooter knows how to attack from a distance, but has weak defense. Nevertheless, he can hide behind tougher heroes. The defender is the main tank in the team, as he hides everyone behind his powerful back. He has a high level of protection and a large supply of health. Melee fighters simply fight face to face with the enemy. They attack fast and do long-term damage.

Turn-based RPG Age of Magic will delight users with a nice graphic component and an intuitive interface. All cells and buttons are conveniently located on the screen and do not interfere with the players. In addition, the application will delight you with rich sound effects that will take the player to the arena of battles.

We suggest you download Age of Magic mod APK, which opens access to the mod menu. You can adjust the attack and defense indicators, as well as enable the one-hit kill function.

Important! Using the mod may lead to ban!

As mentioned earlier, the story of Age of Magic is about the magician Roland. His main goal is to find the entrance to the Dark Tower. Achieve this by taking various quests and fighting monsters. Weapons and armor are required for successful advancement. You can find them on your travels. You can also get bonuses that individually mean little. However, certain combinations make the heroes stronger. 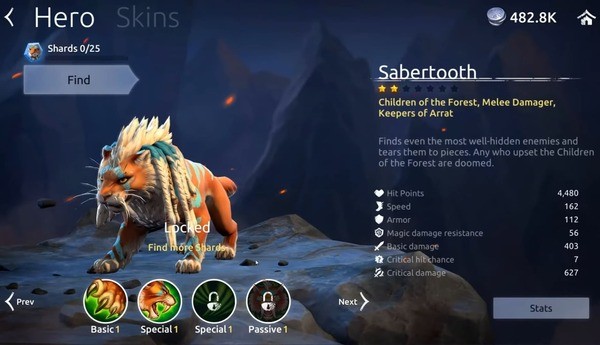 To find equipment, you need to complete all tasks indiscriminately. There may be something useful under any stone on the way. You can also get gold, which you need during shopping. Each individual level requires a waste of energy. It replenishes itself, but very slowly. Therefore, you often have to wait a long time. You can also replenish it through internal purchases.

There are also star rewards in Age of Magic, which are based on the loss of heroes during battles. The more fighters are lost, the fewer stars there will be. Fortunately, the game modes are full, but they open up as they develop. It is worth playing in all modes, because this way it will be easier for a beginner to develop and get resources. You should not rush so that there is no need to invest real money.

It is important not to miss the weekly PvP battles. Once a week, there is an opportunity to participate in a tournament that lasts 24 hours. In this case, you will not fight with mobs, but with real players. There are many useful rewards to earn in this event. Some of them may even be rare.

Age of Magic is a game of incredible beauty and quality, played by millions of players around the world. Moreover, many are attracted not only by the graphics, but also by the most interesting plot. You can play for a long time, because the events here are unusual and it is simply impossible to go through everything. There are also many game modes that you can play at a time when there are no other events.