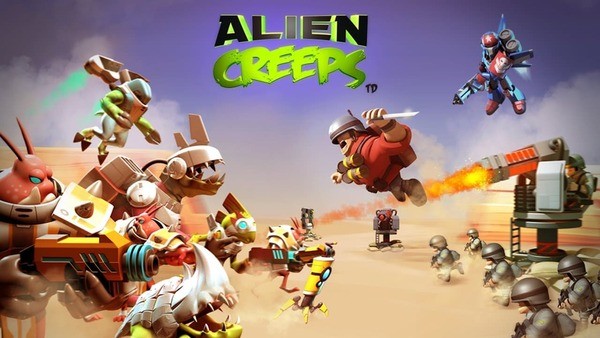 Alien Creeps TD is a very good Tower Defense project for android about people fighting alien invaders. An army of aliens landed on planet Earth with the aim of conquering it. You are entrusted with an important mission to protect humanity. To do this, build towers, improve them as you accumulate game currency and do not allow the enemy to pass through your defense. Try several game modes and unlock new types of towers in the process. If a difficult situation has happened, then ask your friends for air support and additional units. If you are interested in strategies, then download also The Lord of The Rings: Rise to War and King of Defense: Battle Frontier.

Read our review to draw conclusions about the Alien Creeps TD.

Plan impenetrable defense from a series of devastating towers

Competently manage your soldiers and equipment in Alien Creeps TD, correctly taking up positions on the battlefield, along which columns of aliens will move. Use special points along the route to place your towers in order to prevent the enemy from advancing and seizing your positions. Do everything very accurately and correctly, because the number of defensive towers in this game is limited to four. This is a high-speed machine-gun mount, which has one drawback – it does negligible damage. Second type of tower is a rocket that deals more damage, but shoots a little slower. Third type of tower is a beam tower that breaks through enemy defenses even at a distance. Fourth type of tower is the barracks. Your soldiers will live in it, rest and prepare for new battles. They stand with their chest on the outskirts of your city and defend its borders, while all other types of towers are shooting at your enemies. 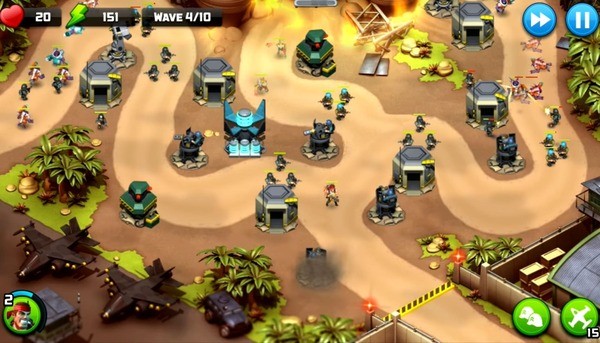 The variety of enemies in Alien Creeps TD is great. If at first the aliens are equipped only with foot troops, then later their forces include fast runners, fat men with a large supply of health, flying lizards, as well as healing soldiers and units that slow down the action of nearby towers. You need to look for strong opposition for every action of the enemy. One of these can be a wide variety of assistive abilities. Skills are available for every taste – some freeze enemy units in place. Others scorch them with napalm fire, while another ones set up a large detachment of soldiers who stand up as a human shield, destroying the first front of the virtual rival’s troops.

Each level of Alien Creeps TD takes place in a separate location. Aliens walk along a winding path in an attempt to get into the city. On their way, you need to install defensive buildings that shoot missiles, lasers, electricity, slow down viscous jelly and burn out with sunlight. Each enemy needs to find own approach and improve those buildings that require urgent changes in characteristics.

Alien Creeps TD also has a full pumping system. Use it to make your towers stronger and more efficient. To do this, simply click on the selected structure. Improve towers after the battle using the money received for killing aliens. A hero endowed with special powers and skills will help you with the most difficult situations. However, there is another way to get out of a difficult situation – air support. 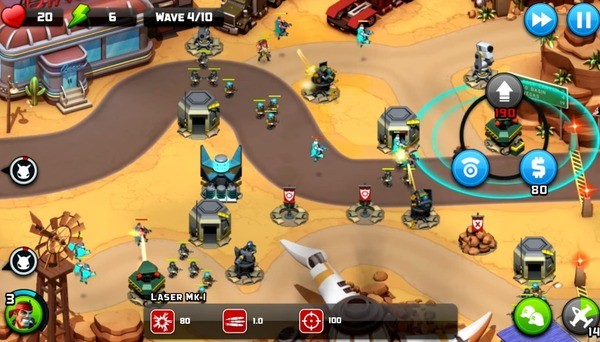 Number of attackers increases with each new level. Monsters that are more powerful will appear in their ranks. Only constant and regular pumping after each level that requires a lot of money can help you cope with them.

Alien Creeps TD offers the user vivid graphics, dynamic battles, as well as a fast scrolling function, which allows you to speed up the picture several times for faster passage of the levels. The game also has a funny soundtrack and many cool sounds.

You need money to upgrade towers and purchase new weapons. Alas, the resources in the game are limited, but you can download our mod for unlimited money and enjoy the fully unlocked gameplay.

Important! Disconnect the Internet before launching the application to start work correctly.

Aliens have landed on planet Earth with no good intentions. Invaders who have been traveling the world for several millennia visited our home, picked up other nations in their nets, turning them into slaves. Humanity is not weak and is not ready to surrender to the clutches of the enemy without a fight. The player becomes the leader of a large military organization that is engaged in saving the Earth from invaders. Use a wide arsenal of combat defensive towers, heavy aerial vehicles, as well as powerful and brave soldiers who can stop the advancing aliens. 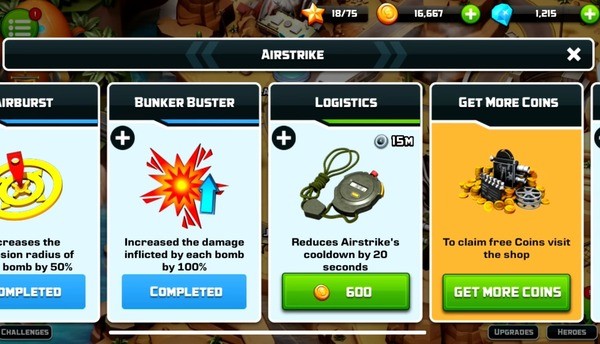 The variety of modes is not surprising, but it makes you work hard, overcoming the next level for a while or fighting monsters of other planets for an infinitely long time. The best results fall into the global leaderboard, which is why thousands of players spend hours trying to get ahead of each other in order to get rare crystals – game analogue of real currency.

War Adventure offers practice in performing combat operations aimed at thwarting invasion attempts by aliens. Destroying enemy units can help you get a lot of money, which may be useful to improve the skills of your soldiers and upgrade weapons. If necessary, you can use air forces to deliver accurate strikes against enemy armies. The presence of a multiplayer mode ensures help from allies.

Alien Creeps TD is a very bright, dynamic and fun strategy game. At first, it only attracts a little attention, but by level 50, it makes you learn all the subtleties of waging war with aggressive inhabitants of other galaxies.