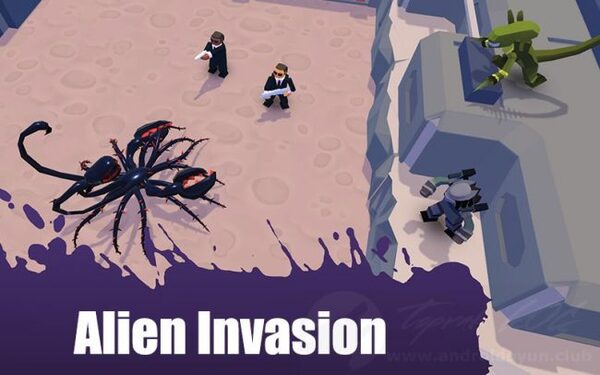 Alien Invasion: RPG Idle Space is a very colorful arcade game that will captivate you immediately and drag you out for a long time of exciting pastime. Play this game anywhere and anytime, as it has a very clear gameplay and short game levels. Players will be lucky to find themselves in 2042, when the planet Earth is teeming with aliens. The main task is to devour absolutely everything in its path. The more you eat the more valuable reward you will receive. It will also be necessary to improve your hero and his skills in order to be able to survive in this difficult time. The game will help you become a real alien invader! Be careful so that ordinary people cannot destroy you. If you appreciate arcade games, then also download Merge Alphabet: Lord Run and Heli Gunner 2: chopper shooter.

Alien Invasion: RPG Idle Space is a cool game that you can play 24 hours a day. For a more detailed acquaintance with the project, you should read this review. 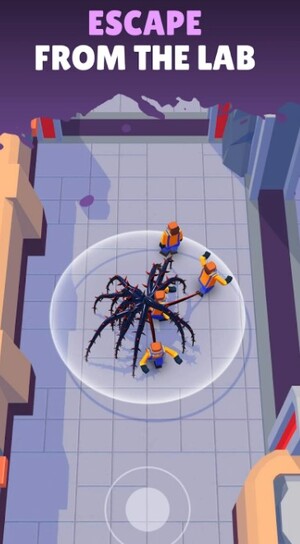 We are all used to the fact that in horror games we have to play as a person or any other hero who is trying to do everything to save the whole environment. This is not always true and today you will have the option to refute it. It will be enough just to download Alien Invasion: RPG Idle Space and you can take on the role of a monster that arranges a real massacre in a limited area.

This time you have to take advantage of your mass and training, which will require only a little orientation towards the destruction of people. You need to hunt them, shred them and get a boost for this. Do not worry, just follow all the recommendations and try to achieve your goals.

Develop and improve your skills

It is necessary to kill people, gaining greater growth and evolve in general. You need to find a way out of prison and gain incredible abilities to find retribution. Scientists experimented for a long time, mocked the monster, keeping it in a cage. Now it is time to prioritize and avenge all the horrors that happened to him. 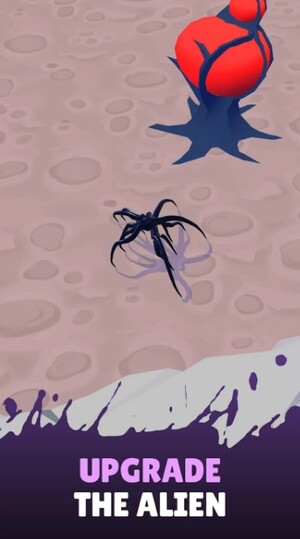 Leave no chance for survivors

Moving through the sewers, underground tunnels, mines and rooms, the creature will constantly meet a variety of enemies. Most of them are ordinary workers, miners or scientists who are not able to fight back the monster. Due to them, you can grow in size and upgrade new abilities in Alien Invasion: RPG Idle Space.

After a short period after the first kill, enemies will also meet. Among them will be people with flamethrowers, rocket launchers, traps in the form of mines and explosives, and drones. Almost every opponent instantly crumbles if you get to him. From afar, they are able to inflict heavy damage on the main character. After firing from a rocket launcher or other weapon, the monster will fly off some parts from the body, but he will be able to restore them if he finds a victim.

Alien Invasion mod APK will allow you to increase the amount of resources even when you spend them. In addition you can use god mode feature within built-in menu. 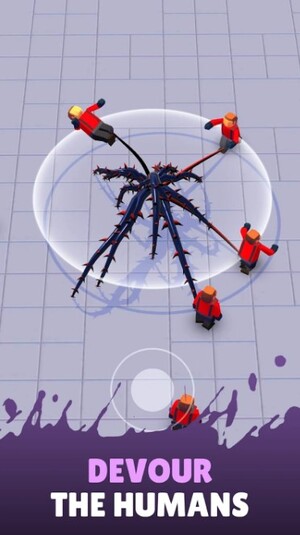 Alien Invasion: RPG Idle Space offers you to travel in 2042. Arriving on Earth in the role of an alien creature, the user will devour all the people around. As you progress through the game, you will be able to upgrade the creature, grow it, and even acquire new abilities. Therefore, by killing opponents and growing in size, you can acquire skills that will help you instill fear in the military and do things that are hard to imagine.

Over time, you will even be able to control the military themselves, letting tentacles into their bodies – you can use them to get into protected areas, and even shoot opponents from their own weapons. In general, it will be interesting.

Alien Invasion: RPG Idle Space is an arcade game in which you need to absorb people. Move up the levels and become stronger.