Alphabet Fall .io is a game with colorful animated graphics, an extremely simple control system and pleasant music. Immerse yourself in an exciting gaming atmosphere. Play for the letters of the alphabet, and the essence of the project is to stay on special platforms and push your opponents into the abyss. You have to watch the presenter, who demonstrates various drawings. It is on a platform with such a pattern that the player needs to get up. After all, all the other rhombuses will fail after 3 seconds and you will lose. Along the way, try to push your rivals into the abyss, but keep in mind that they can do the same! If you are into arcades, you can also download WinWing2 and Rainbow Impostor Survivor.

If you are interested in the gameplay of this project, read our comprehensive review.

The gameplay consists of running around a large arena made up of numerous hexagonal blocks stacked together. Several players in total are trying to survive to the end and remain the final survivor. The plates of the arena begin to gradually collapse right under their feet, forcing the characters to quickly run away to the surviving blocks and try to live as far as possible without falling down. 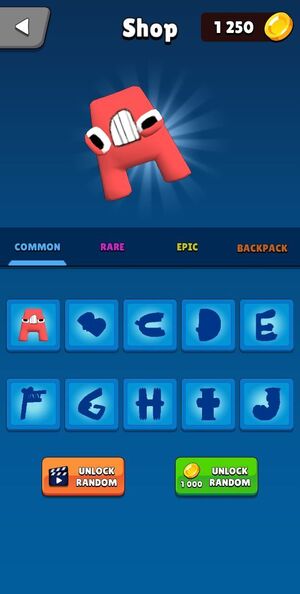 As the difficulty increases, blocks will be destroyed faster and without a specific algorithm, which forces players to show not only the speed of reflexes, but also plan short action strategies, which in theory can lead you to the desired results as quickly and efficiently as possible. Be sure to follow the presenter, who will show various pictures. It is the blocks with such images that you need to look for.

To make it more interesting to play, the developers of Alphabet Fall .io have introduced various bonuses and rewards into their project. For example, you can temporarily get huge hands with which you can push your opponents off the platform into the abyss or just hit them from top to bottom like a fly.

You can also get invulnerability and other useful skills. The winner at each level is the one who can stay last. Therefore, there is no place for nobility here – show speed of reaction and try to eliminate all competitors! 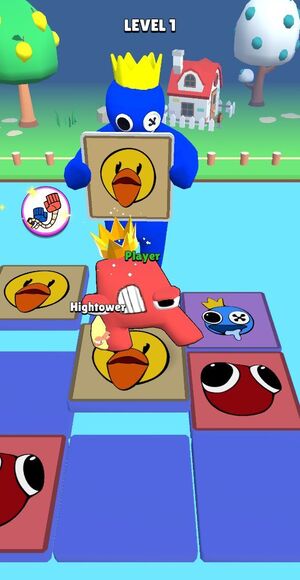 Alphabet Fall .io has skins that are made in the form of letters of the Latin alphabet. All skins are common, rare and legendary. The further a letter is in the alphabet, the rarer it is. You will start with A, but you will be able to unlock a few more letters over time.

This does not directly affect the gameplay, but you will get a collectible item that will add interest to the game. A special roulette will be also available at the disposal of the user, where once a day you can get coins. Spend them on skins in turn.

We recommend you to download Alphabet Fall .io mod for unlimited money. This will help you take full advantage and unlock the entire alphabet in no time. 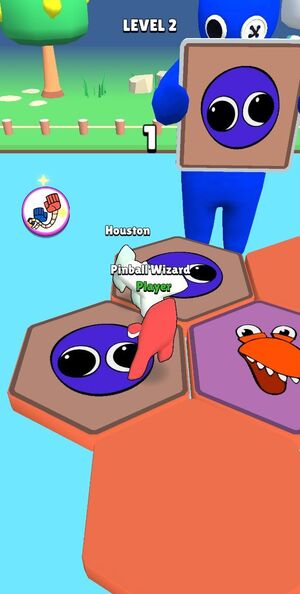 Alphabet Fall .io is a very cool, bright and dynamic project in which fans of the genre will be able to demonstrate calculation and perseverance, as well as the will to win and the ability to quickly navigate in a changing environment. The essence of the game is to overcome the three-dimensional locations of the mosaic, which is located high above the abyss. The whole nuance is that there are many participants in the race and they have to move around the multi-colored islands of the mosaic by jumping. Each element can only withstand a strictly defined number of hits, and then flies down.

You cannot think too long or plan long schemes of action, because the plates break faster and randomly. Competitions with two dozen real players will help you test your abilities in tactics and battle, because you can block other people from entering the remaining platforms, thereby forcing them to fall into the void.

Alphabet Fall .io is a fun project that will keep players busy for hours. It can help you develop a reaction and just entertain.