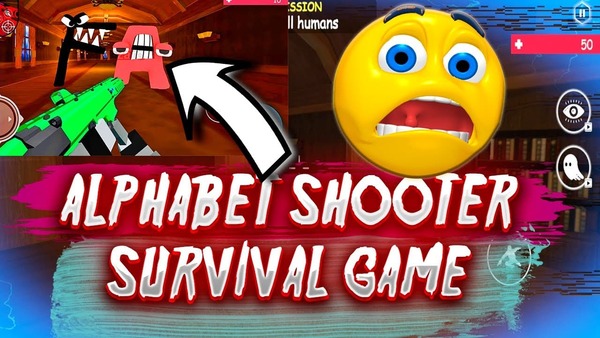 Alphabet Shooter: Survival FPS is a first-person shooter in which the player will be able to control a huge number of characters with different abilities. You can play here either as a monster or as a human. In any case, you will have to shoot a lot and be very careful. Well, the enemies you will come across in the form of letters of the alphabet, from where the name of this game came from. There are both closed locations and large spaces devoid of shelters. This is important for a shooter, because the map must be wide and balanced in order to provide wide tactical options. The developers managed to implement this relatively competently. If you like shooters, then download also Shadow Legends: Sword Hunter and Gun Force.

If you are interested in the details of this exciting game, then read our review of Alphabet Shooter: Survival FPS. 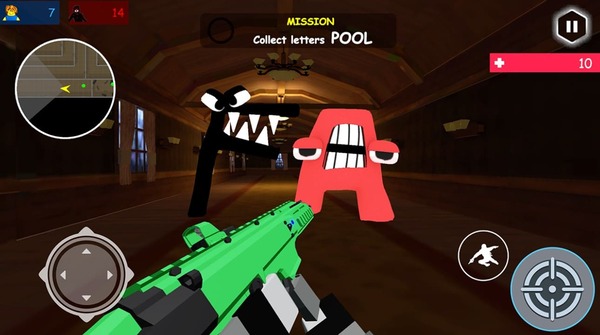 Be a monster or a hunter

There is only one game mode in the game – a battle to the death. In this case, players need to kill everyone they see and in maximum numbers in order to emerge victorious from the match. The main feature of the game here is the limited number of lives. After death, the player will not be able to choose the same character, only another.

This continues as long as there are available heroes. After that, defeat sets in, and the only way to continue playing is to leave the match. The winner is the one who still has characters left to resurrect after death. In addition, it is randomly determined who you will play as – a monster or a person. Depending on this, the rules of the game change.

Customize the application for you

Alphabet Shooter: Survival FPS is a game that will become a fun and favorite way to get thrills. Various features contribute to an interesting vacation. Its choice allows gamers to practice their accuracy and compete for victory with maximum efficiency. You can play for yourself or participate in team tournaments, customize different settings for yourself, change camouflage, weapon type, fighting style. It uses excellent graphics, provides convenient controls and has everything you need to set personal records and win leadership positions in the rankings.

The game has a team dynamic gameplay. You will be able to enjoy the game with three-dimensional colorful graphics at any free time for you. The interface is quite simple to manage and easy to use. Therefore, the game is suitable for any players, both experienced and beginners. 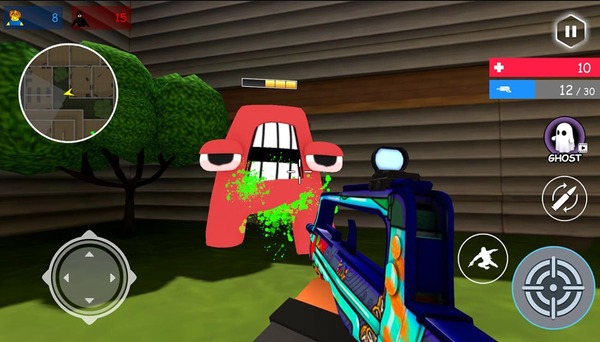 You can compete almost endlessly until you get bored. After death, the player can respawn again. It will be possible to emphasize the individuality of your character by combining different elements of equipment and other elements. During the game, you will have access to various types of weapons, equipment, masks and armor, as well as much more.

Download Alphabet Shooter: Survival FPS mod APK for unlimited money if you want to become the best shooter in this game.

An exciting shooter awaits you, in which you have to choose a side of the conflict and immerse yourself in battles against enemy units. A rich selection of firearms will appeal to all fans of these games. Choose your favorite gun or experiment, choosing the most suitable option. Here you will also meet a wide selection of locations, you will have to fight both on the streets of cities and in enclosed spaces. 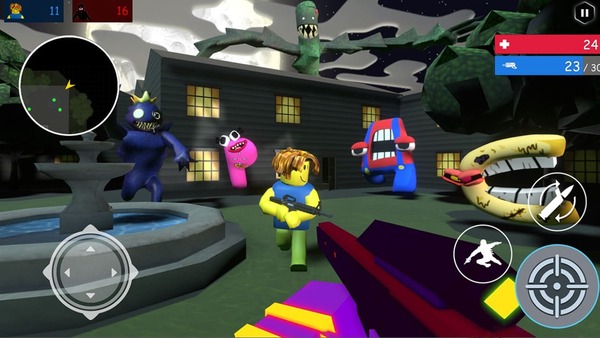 Daily challenges will make the gameplay even more interesting, because success in them brings rewards. Alphabet Shooter: Survival FPS has great optimization. Players will get the maximum of emotions from what is happening on the screen even on weak devices. In addition, the graphics here are not so good that the game is very demanding on the media.

Alphabet Shooter: Survival FPS is an action game where you have to fight with heavily armed letters. Do you have the courage to get out alive?