Anger of Stick 5 is another part of the popular project about the adventures of a stickman. This time the main character is trying to defeat the zombies, which have become many of the inhabitants of the planet. To defeat countless enemies, you can use both different fighting techniques and weapons. Crush anyone who gets in your way, get coins for it and level up the stickman. Buy in-game weapons, ranging from a simple pistol to a powerful machine gun. You can also find additional characters who can join your battle against zombies and other enemies. The controls remain unchanged, so have fun playing solo or zombie mode. We also recommend you familiarize yourself with BAD 2 BAD Extinction and Like A Dino.

Anger of Stick 5 is one of the most downloaded games on Play Market. Its popularity is due to its simple yet addictive gameplay. The project has more than 100 million downloads, while the average rating is 4.3 points.

Anger of Stick 5 once again invites us to help an amazing little man drawn with a felt-tip pen. He has many enemies to confront. Take control of a brave hero to take revenge on your enemies for the death of loved ones. The project provides players with a large number of tasks. Their implementation is to destroy opponents. From time to time, there are levels where you need to go through additional missions. This can be a collection of some funds or the release of hostages who have been in the hands of bandits for a long time. Not an easy task. However, if you act correctly, everything will definitely work out. 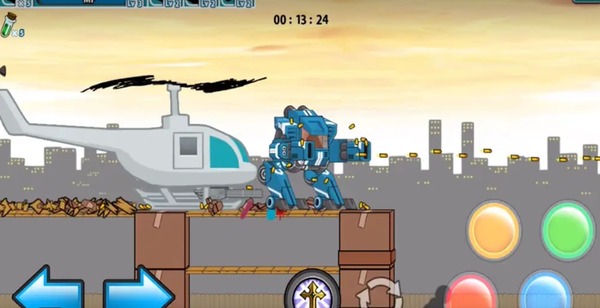 Before each level of Anger of Stick 5, there is a choice of suitable weapons. You can take both cutting and firearms. It can be a machine gun, a pistol, a sniper rifle, a grenade launcher, a knife, a chainsaw, a machete and much more. Buy everything for in-game currency, which you earn when completing a particular mission. Upgrade all weapons to get the maximum effect from their use.

By the way, the game also has an antidote. It will save you in the event that a zombie with poison bites the main character. Otherwise, you can become a dead person. It is worth noting that zombies can not only bite, but also severely beat, so it is better to get rid of them at a distance using a weapon.

Enlist the support of your allies

To make it easier to go through the storyline, you can assemble a loyal team of like-minded people, and more specifically, fighters in Anger of Stick 5. They will fight with you together and there are six such great heroes in the application. You can take them with you to the most dangerous tests. However, they have their own special skills. You can choose among them those that are best suited for a particular phase of the battle. However, do not forget that you can only take three assistants to the level, so you should choose wisely. Study their abilities, level rivals and make the right decision. 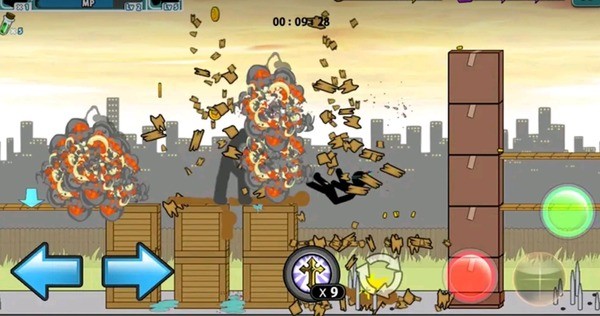 Each location of Anger of Stick 5 has its own unusual style. The graphics are top notch. The game delights with vivid effects when fighting or moving. They will definitely appeal to every avid gamer. There is musical accompaniment, as well as sounds when shots and strikes.

The gameplay is exciting from the first minute, but to make it even better, we suggest downloading Anger of Stick 5 mod APK for unlimited money. It will be much more interesting to play with free access to any resources. Buy whatever you want and arrange a real war against the enemy.

Anger of Stick 5 is another zombie apocalypse-themed game. Aggressive zombies appear in the metropolis, attacking people. The main characters have no choice but to wage a constant and continuous fight against ferocious mutants. For this, the heroes should nevertheless join forces, since it is more difficult to fight alone. Now he is already moving through the streets of the city, repelling the attacks of zombies. Although there are enough weapons to repel the attacks of evil mutants, it will be useful if from three to six friends come to your aid. This way it is more fun to play.

Use mission mode and zombie mode. In order for you to earn the zombie mode, you need to purchase at least one ally for 40 thousand game coins. There is an opportunity to choose weapons, assemble a team, use elements of parkour, RPG, helicopters, hostages, fighting game, shattering furniture and other objects.

Here you also need to strive for victory at any cost. By winning fights, you not only rise up in the standings, but also replenish your gaming account with currency and bonuses. Do not forget to pump your playable characters, improving their abilities, and therefore opportunities!

The project in question is a cult game for many users. Simple graphics and gameplay, but at the same time the attention to detail from the developers and many types of weapons made this project somewhat unique. We definitely recommend it for those players who have not yet done so familiarize themselves with it.