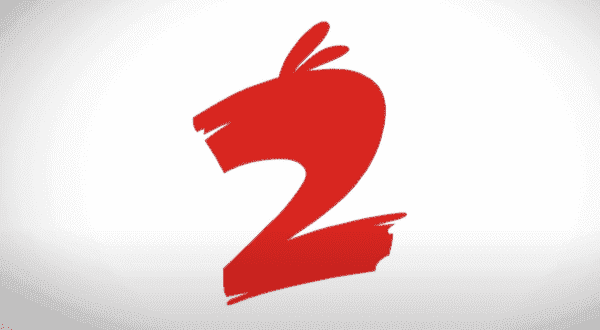 Angry Birds 2 is a cult game known to many gamers from all over the world. Control colorful birds in endless battles with green pigs in very interesting mode. Just load the slingshot and try to shoot down all the targets with a projectile to score as many points as possible in a round. Play dozens of new levels with different locations, interesting side quests supplemented by a system of birds upgrading and much more. This game is not just another cosmetic addition to the franchise, but a full-fledged second part that stands out favorably against original background. For fans of similar games, we can also offer Roof Rails and My Talking Angela.

Despite the cult component of this project, we still want to tell you about its main features.

Gameplay process of Angry Birds 2 has undergone different changes in details. Now most levels consist of several stages, which can be extremely difficult to complete the first time. Developers also replaced usual bonuses, as grenades or big hawk call for in-game currency with versatile special techniques that can change the situation during level completing. The birds have remained almost the same, but now players can upgrade their abilities and also customize them. How do you like the idea of ​​bursting into the enemy camp, putting on samurai helmet on your fighter? 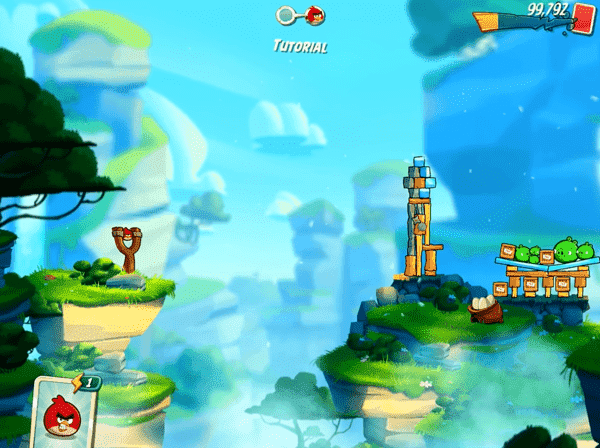 Principle of passing each location is monotonous. Your main task in Angry Birds 2 is to shoot accurately with a slingshot and shoot down pigs or structural elements. Please note that each of birds has its own unique ability. Players usually don’t know in advance what awaits them at the next level, as in-game algorithms generate all buildings and structures randomly. In addition, anyone can easily fight with friends using Arena mode. Launch your shells at the enemy and try to gain the maximum number of points. Gamers often host tournaments and form leagues. You can really become the best player on the planet!

In order for slingshot function properly, it is necessary to charge it with feathered friends. Project features various types of birds, which differ in all parameters from appearance to battle characteristics. Each of them has a special attack tactics, which is an important component of Angry Birds 2. Each bird is different in its own way and has many unique features. For example, a bomb bird is a dark bird with a wick burning. Its advantage is that it blows up everything around.

Angry Birds 2 features vivid and detailed graphics. You can even watch a short animation before every boss fight. Developers tried their best to enchant the target audience. Many details play different roles on the display at the same time, pig fortifications scatter into millions of chips, while level elements can help with destruction. In terms of sound, everything also has high quality. 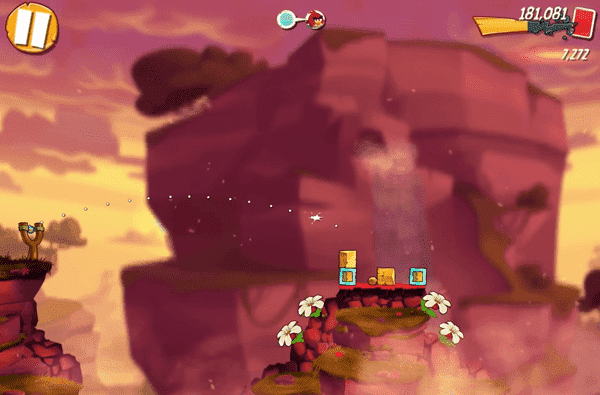 Despite the seeming simplicity of gameplay process, players often encounter difficulties while completing certain levels. Moreover, Angry Birds 2 limits the number of attempts to complete levels. Therefore, when the so-called lives end, you have to wait for their replenishment. That is why we suggest you to download our mod for unlimited energy so that you can play the game as long as you want. Another feature of our modification is access to a special menu, where you can easily enable unlimited access to in-game currency.

We have checked Angry Birds 2 mod for unlimited money and energy. Based on testing results, we can guarantee the full project functionality. In fact, after installation, you get unlimited number of attempts to complete levels and it becomes possible to use special menu. Just click on the round button and turn on access to infinite money supply. We also want to point out that installation file is safe for your device because we have checked it with several antivirus apps.

As we said, this game is not so easy to complete, despite its seeming simplicity. First, Angry Birds 2 features 240 levels with attacking pigs and necessity to fight back from them with a slingshot. 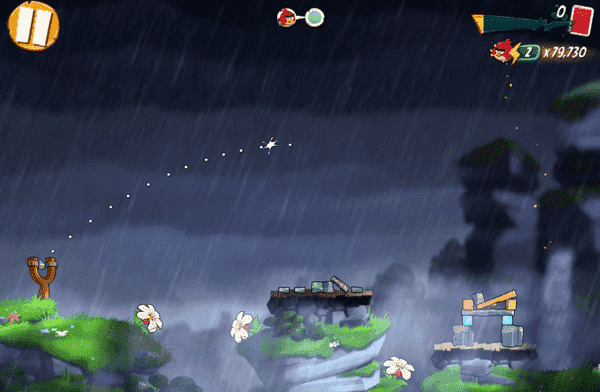 So how can you get it done? It is worth saying that birds are not just heroes, but real shells capable of destroying opponents. Each of them has its own characteristics that you must take into account when choosing. For example, there are black birds that are the best options to shoot in structural parts of fortifications. Other birds are able to multiply in flight. Therefore, if you shoot one, bird in the air generates a number of smaller birds that can inflict more damage on the enemy.

The choice of shells in Angry Birds 2 is great, but some are open for unlocking only for game currency. However, don’t think that shooting is your only option. Enmity between birds and pigs continues, which means that your opponents can harm you too. For example, at the very beginning you have only five lives. In order to recover, you need to wait 10 to 30 minutes.

Angry Birds 2 is a legendary game. Dozens of episodes, simple controls, wide variety of shells and gameplay thought out to the smallest detail are recognized positive features of this arcade. You can enjoy a variety of colorful levels and try to score as many points as possible in just a couple of minutes.

How to Install Angry Birds 2 Mod?