Angry Birds Evolution is a colorful and cool RPG where you can collect hundreds of new bird species. Your main task is to gather your team of powerful superbirds, fight pigs and drive them out of the island. The gameplay comes down to a war between birds and green pigs. Game presents you a battlefield on a piece of strictly marked square location, where you can watch fights between birds and their opponents. Birds attack is now similar to playing billiards. However, it is not always possible to make an accurate shot, because there are various shelters and obstacles on the battlefield. The good thing is that they are destructible, and you can get to the pigs easily. We also recommend that you check out Angry Birds Transformers and Marvel Strike Force.

Angry Birds Evolution has more than 10 million downloads from official sources with an average rating of 4.3 points.

Collect birds and upgrade them

One of the advantages of Angry Birds Evolution is the variety of characters. During the playthrough you can unlock new birds that you can add to your collection. However, you can also buy characters by selling eggs that you find during your adventures. In total, the game contains several hundred species of birds, including the Red, Bomb and Chuck known to all fans. Use your own incubator to grow a real pig-killing machine. 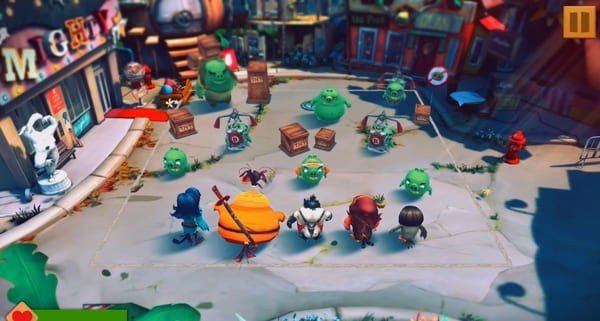 The essence of Angry Birds Evolution is as follows. You have a square field with located there opponents. Each enemy has hit points, own abilities and characteristics. You only need to destroy the enemy with the help of your squad, but it takes a decent amount of time. Choose the right flight path of your fighter and inflict maximum damage to complete the level. Quest difficulty grows as you go further. For example, if in the first level you had four enemies who died after one blow, then later the same number of enemies will have more health points. From here comes another feature of the gameplay. Players cannot pass difficult levels without a strong team. In practice, you simply don’t have enough damage to destroy all opponents at once.

Fight other players in multiplayer

By the way, in addition to the original campaign, Angry Birds Evolution also has a multiplayer mode. Here everyone can find a real player from another part of the world and compete with him in the battle with pigs. Register in various online leagues and advance to the top. Get unique prizes and become the most accurate shooter by killing as many pigs as possible. 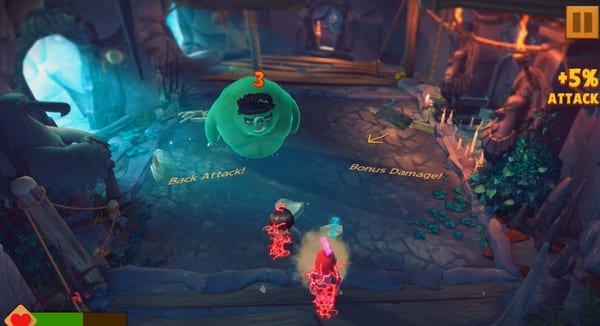 Earn epic rewards and relic birds with weekly events. Make your collection the most unique. Gather your guild of friends or join an existing one to challenge players from all over the world. Get unique rewards and become the master of epic birds that no one else has.

3D graphics of Angry Birds Evolution are top notch. Nevertheless, only powerful devices can allow players to enjoy beauty of rendering and details fully. The game looks especially good on gadgets with a large screen diagonal, for example, tablets. Sounds in the project are also pleasant. During your adventures, you may hear cheerful music and characteristic sounds of birds and pigs. 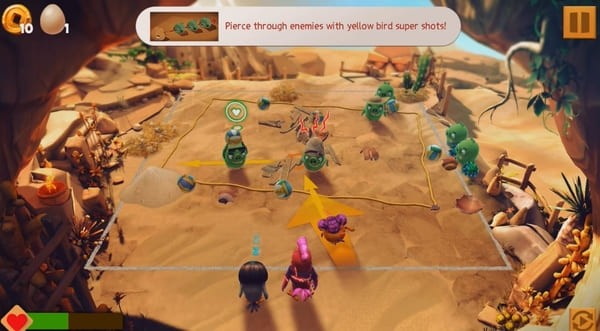 Our team offers you to download Angry Birds Evolution with high damage mod. After installing it, your birds become immortal and cause a lot of damage to opponents. However, you cannot use its features online.

Our team has checked the functionality of Angry Birds Evolution mod and can guarantee its 100% performance. With its help, you can inflict huge damage on enemies and thus become almost immortal. Installation file is also safe for your device, because, we checked it using various antivirus programs. Feel free to enjoy the unlocked gameplay.

The controls in Angry Birds Evolution are generally simple, but it takes a lot of work to achieve mastery. You are waiting for non-stop shooting at pigs until you destroy them all to the last. The battles may remain turn-based strategy. You shoot the pigs with birds and then the pigs attack you when their turn comes. Your main goal is to kill all the pigs faster than they get to you. 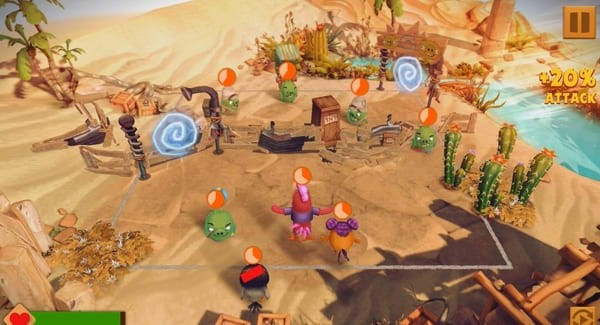 The three-dimensional design favorably distinguishes this project from other games developed by Rovio. This part includes many interesting mechanics typical for role-playing games. At the same time, it retains all the fun inherent in any game from the famous saga.

Angry Birds Evolution is a quality RPG with a well-crafted story mode. It can captivate the player for many hours. Just complete various missions and fight terrible bosses. Moreover, if you get tired of it, you can try your hand at other modes, including multiplayer.

Delete the original version of Angry Birds Evolution before installing our modified version to prevent errors during installation process.