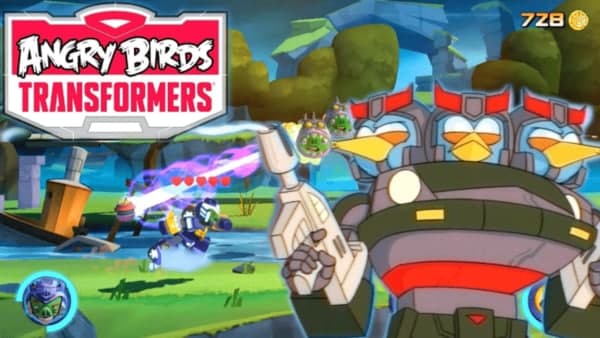 Angry Birds Transformers is an explosive 3D arcade game that continues the popular series of games about angry birds. This time, the pigs have acquired a new super-weapon, so the battle will be incredibly hot. Here, the very process of the game comes to the fore increasing the scale of what is happening, which is unusual for Angry Birds,. Real space battles on a universal scale await you, during which you can conquer or save entire planets, not just individual islands. If you are a fan of arcade games, we can also offer you Sling Kong and Transformers: Forget to Fight.

Angry Birds Transformers is a unique sequel to the acclaimed franchise that takes the action into space and adds many unique features. Let’s take a closer look.

Angry birds in a new way

The stylistics of heroes and levels may remind you times of classic Angry Birds. However, it also imitates the famous Transformers saga with all that space battles and epic fights. There is no need in destruction of pig bases. Angry Birds Transformers represents a runner arcade that requires some shooting skills and reaction from players. 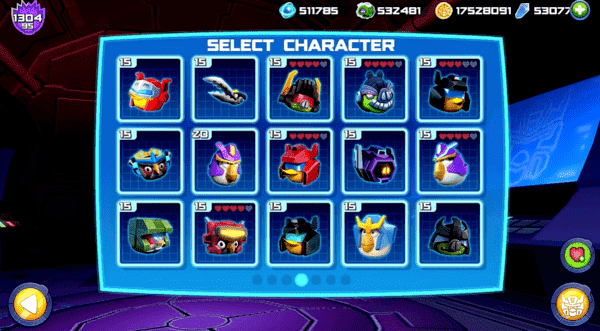 The subtle blending of two very different universes not only makes this game unique, but also provides a fresh, exciting take on familiar plots. For example, the insidious pigs known from the universe of Angry Birds became Decepticons, while the birds represent Autobots. At the same time, there is no outright belligerence and aggression, because everyone knows that the confrontation between pigs and birds has never been a bloody battle. Thus, Angry Birds Transformers originally intertwines the salvation of the world with funny tricks and bright colors without a touch of a dark and destructive war.

There is no strict storyline, no ultimate goal, or anything like that. Everything that happens is completely in your hands and you should monitor the actions you take. Perhaps it is your decision to act in a certain way and turn the Universe upside down or, on the contrary, save it, making the world seizure impossible. There is no predictable ending here. Nobody knows how this confrontation can end!

If you played only the original parts of Angry Birds, then you can notice visual differences from the very first seconds. The level of graphics has grown significantly in comparison with previous parts of the franchise. Taking into account the fact that Angry Birds Transformers shifted towards the action, the developers have paid attention to quality of special effects. In addition, it is also worth to pay tribute to the level of rendering of all game locations. The sound component in the game includes various explosions and shots, as well as uncomplicated music in the background. In general, music does not distract from the gameplay. On the contrary, it helps the player to immerse in the world of transformers even more. 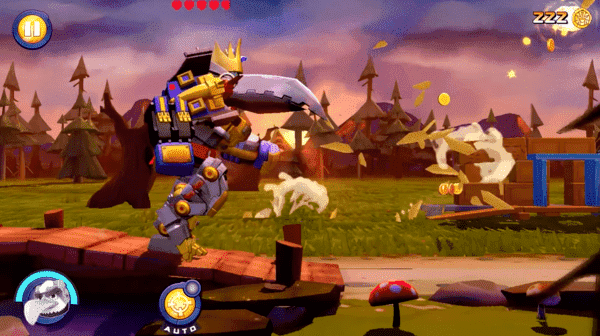 Numerous battles of birds with the enemy require constant improvements from you. As you may have guessed, these upgrades require a significant investment of in-game currency. Naturally, the developers provide the opportunity to earn in-game money by passing the levels, but its amounts are always not enough for required leveling up. That is why we suggest you download the mod for unlimited coins and gems. It allows you to buy any improvements for your heroes easily.

Based on the results of a thorough check, our team can guarantee high quality of Angry Birds Transformers feature for unlimited coins and gems. After the first launch, you immediately get almost endless supply of funds that you can spend on any needs. At the same time, we want to note that even with our mod you cannot open all the improvements at once. Stronger costumes and characters become unlocked as you progress through the game. Therefore, you have to be content with only what the plot offers at the initial stages. We also have tested installation file with several antivirus programs and can safely say that it is safe to use.

As in other games in the series, your main task in Angry Birds Transformers is to destroy as many enemies as possible. The whole gameplay has many levels, designed as an endless road with obstacles. Your character runs, jumping over dangerous areas and shooting at enemies. If necessary, you can transform your hero to overcome particularly difficult areas.

Shoot enemies both in ambush and fortifications, and even in the air. Sometimes you can come across falling pillars that require transforming your robot. Each character has a certain number of health units. When they run out, you need to wait for health restoration, choosing another character. 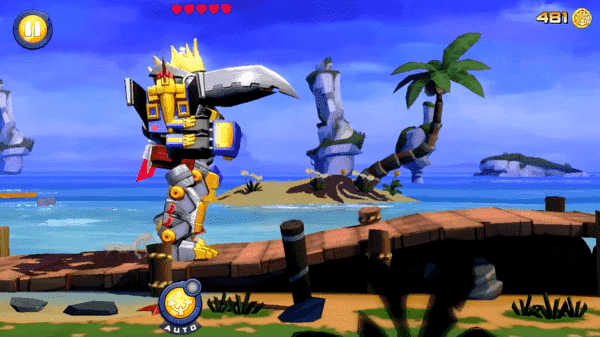 The game allows you to upgrade power and other abilities of your heroes. In order to upgrade the hero, you need to activate the energonicon – a small flying robot that accompanies and helps you in battle. While playing Angry Birds Transformers, you can send entire battle groups of three transformers on some missions. When choosing characters, pay attention – each transformer has its own specific features. If these skills coincide with mission requirements, you can easily complete all level tasks.

Rovio Studio has managed to please gamers again. The continuation of the “bird” series turned out to be extremely rich and exciting. Moreover, combination of birds with transformers added a new flavor to the gameplay. If you’ve been waiting for another exciting time killer for a long time, you can download Angry Birds Transformers. This arcade is able to satisfy the tastes of both those who are crazy about the world of transformers, and those who likes to fight with green pigs. Take the time to do justice to the world created by the developers.

Don’t forget to delete the original version of Angry Birds Transformers before installing our modified version to prevent errors during installation process.