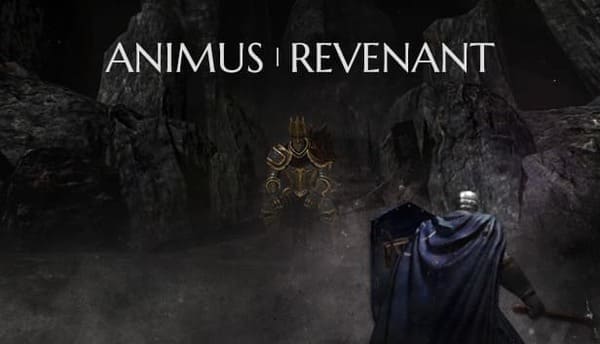 Animus: Revenant is a hardcore project from the studio 10Birds in the genre of action with RPG elements. The project is quite complex – there is no tutorial here, and some useful items are hidden. Your hero is immortal, but this is more of a curse than a gift. During the battles with enemies, you can kill kill them with weapons and magic. To progress through the story, you have to learn, test, and practice. For example, some enemies are strong or weak against certain effects and elements. At the start, two types of weapons are available: a sword with a shield and a huge ax. In this case, you can craft new items after defeating bosses. In total, the game has seven secret missions and five hidden bosses. Finding them is not so easy, as NPCs can speak in riddles. Download also Mech Arena: Robot Showdown and Wall of Insanity.

10birds have been doing their Animus series for years. The new part of the series is quite different from its predecessors.

Hardcore and only hardcore

You will have few allies in Animus: Revenant, but plenty of enemies. Can you survive in such a world? Yes, you can, because you are essentially immortal. However, do not delude yourself, you will still die, but with a subsequent revival. Just like your enemies. After your death, you lose local currency and memory. Moreover, you have to move to the place of its loss or try to collect everything from the very beginning. 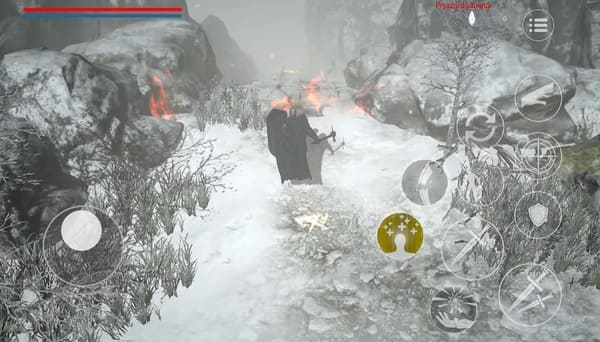 You need to understand that this is a souls-like game, which means that you will die very often. If you can survive simple enemies, then at the end of each location a strong boss will leave you any chances. Therefore, battles with them are like dances: one step forward, two or three hits, and you quickly need to run away, trying to dodge attacks. It is incredibly difficult, but someone has to save the world.

Upgrade your hero and use deadly weapons

To have a better chance of winning Animus: Revenant, you must use the accumulated memory points. You can do this in two ways: increase hero’s characteristics at the altar or forge/improve weapons at the anvil. For the second method, you need more items from enemies. There are many weapons in the game and they can be of various types: swords, hammers, axes, spears, as well as two-handed and double variations. Take the weapon that suits you and go into battle. The first two weapons, in our opinion, are the most reliable. A hammer with a shield gives the ability to increase health and regeneration, and the two-handed ax does a decent amount of damage and allows you to teleport to the statue without losing memory points.

Developers decided to divide locations of Animus: Revenant into two parts: ground and underground. The first ones are linear, but the dungeons are a branched system of moves (labyrinth), which will be difficult to pass the first time. Visually, the aforementioned division is also going on, since the views of nature or the halls in the castle look more or less interesting. However, the dungeons are monotonous, which makes the players even more confused in the faceless corridors. Only presence or absence of enemies indicates whether you were here or not. 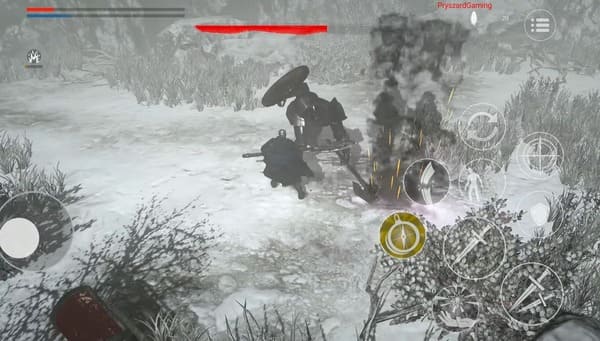 Animus: Revenant is set in a dark atmosphere of dungeons, which sometimes give way to beautiful views of nature. In general, the graphics in the application are quite good, your enemies and bosses look especially colorful. The sound in the game is also rich and allows you to plunge headlong into the atmosphere of what is happening.

To begin with, Animus: Revenant is not a free game. According to official sources, you have to pay about eight dollars for it, and this is subject to a temporary discount. However, we offer to download the project completely free of charge. In addition, the game also has an unlimited stamina mod built into the game. This allows you to strike and block without stopping.

Animus: Revenant turns out to be an imitator of famous Dark Souls series and does not even try to hide it. Good or bad, you decide. Again, the kingdom is in danger, some dark force reigns again, and we, in the role of “Forgotten Knight”, set off to restore justice. The few adequate people that we meet on the way will speak extremely vaguely and veiled. 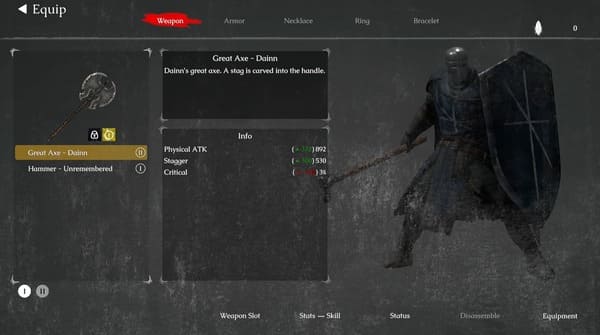 The combat system, as it should be, focuses on the correct management of forces reserve. If you just swing the hammer, you will run out of breath and will no longer be able to rebound from the enemy attack. As soon as it comes to protection, the oddities begin. How does the block system usually work in other games? We put up a shield and take the blows. Our strength decreases with each enemy attack and if it reaches zero, the hero remains open and helpless for a few seconds. Animus: Revenant has another structure.

Here the reserve of forces does not drop when blocking, but this does not mean anything good for us. Instead, you have to memorize which attack is completely blocked, which slightly penetrates, and which one knocks down and stuns. There is some distinction according to the type of “physical/magical attack”. Still, it is necessary to figure out difference between attack of enemy knight in two hits and combo in three swings empirically.

Animus Revenant is a nice sequel to the series. The series remains the best mobile souls-like. Yes, it is too long and difficult in some places, but if you are persistent, then you will succeed.