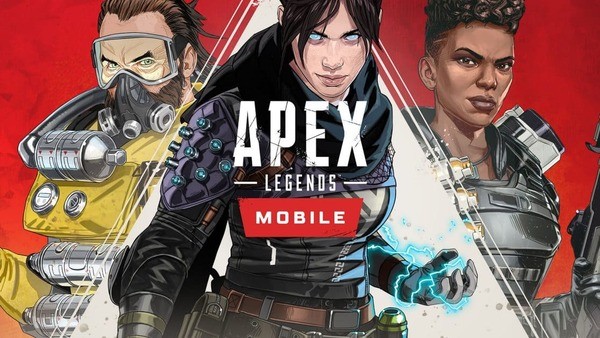 Apex Legends Mobile is a bloody and merciless shooter where players try to achieve victory, but only one team survives. It has many undeniable advantages. The novelty is both a game and a new e-sports discipline. It is similar to Call of Duty’s battle royale with good graphics, arcade shooting, and compact map. The main plot features heroes from all lands who flock to the Outer Earths and measure their strength and fight with each other. The squad that survived wins (20 groups of 3 people participate). Project features several modes, including short survival matches and team fights. If you are interested in this kind of gameplay, then download also Tank Hero and Just Survive Ark: Raft Survival.

In February 2019, Jason West and Vince Zampella (creators of Call of Duty 4: Modern Warfare and Call of Duty: Modern Warfare 2) unveiled a new game called Apex Legends. More than two years have passed since then, and finally the game has reached mobile devices. What came of it – read our review.

Different heroes to choose from

The most important and obvious difference between Apex Legends Mobile and its competitors lies in the roster of eight characters. They are legends, divided into classes – reconnaissance, support, defense and attack. Each fighter has one passive and one active skill, as well as special ability, which takes a long time to recharge. All abilities are unique to each warrior, which, according to the developers, provides the necessary balance. Developers plan to add new heroes, which could potentially shatter the class balance.

For example, Elliot Witt is a professional illusionist who loves easy money. He worked at one time in a bar and then decided to come to the project, hoping to earn a lump sum. He can create several holographic copies of himself, which allows you to distract the enemy for a while.

Apex Legends Mobile is a team action thriller. The lack of a solo mode is no coincidence and it should remain the same without breaking the balance. Most gameplay mechanics focus on the interaction of players.

The death of one of the allies in Apex Legends Mobile is not a sentence. First, it is possible to reanimate your teammate as long as he does not bleed to death or was finished off by enemies. Secondly, even if the team did not succeed, the survivors have a whole minute and a half to raise the banner from the corpse. It resembles one of the beacons of rebirth, when the deceased return to life. True, your partner appears without equipment, but its better this way than starting a new map or waiting for friends if you are playing with them.

High value of the time to kill in Apex Legends Mobile not only leads to prolonged firefights, but also negates almost all attempts to cope with the enemy alone. Even having an advantageous position, you cannot always use it successfully. Wounds are quickly treated, and if rivals stick together, then expect a heavy return fire. This is without taking into account the skills of the characters. Almost each of them has in store something to help comrades-in-arms survive in battle or hide. You have to stick together.

The abilities of all heroes in Apex Legends Mobile are differentiated into passive, active, and final. Such a differentiation of skills is important, as it affects the battle separately and throughout the game. Additional features can help during the battle by covering with a shield, as well as throwing a light during artillery fire. The presence of different abilities of the characters allows the action to be more interesting and exciting.

Heroes, for example, can climb a rock, detect the enemy in a short time and take appropriate action. There are no cheating abilities. Character features allow you to implement a wide range of actions, which is reasonable alternative to a variety of bombs. Developers replaced construction system by a multi-floor location with a variety of landscapes. It is possible to climb almost any vertical plane. Overall picture of Apex Legends Mobile turns out to be dynamic. The game not only accelerates, it is capable of rapidly changing the course of various battles.

Interface, skins of weapons and characters of Apex Legends Mobile are pleasing to the eye. System requirements are quite modest for a project of this level. Picture looks very nice despite the source engine underlying Titanfall. The controls are laconic and understandable even for beginners. For example, the automatic installation of weapon and equipment modifications allows maintaining high dynamics of matches. Sound plays a huge role, as you need to listen to your opponents as well as your teammates.

At the time of this writing, Apex Legends Mobile is under testing. The developers promise to increase list of devices available for the game in the future. We suggest you to download mod with built-in cache to make the installation process as easy as possible. Please note that you need more than one gigabyte of free memory. Take care of this in advance.

In addition to a variety of heroes, the local map also creates the bouncy gameplay of Apex Legends Mobile. So far, there is only one battlefield, but it is closest to the locations in Fortnite. It is much smaller than the latter, but there is a correct alternation of landscape, overground and underground shelters, motley buildings and absence of transport. Instead, there are special cable routes. They cannot drag you through the entire map, but it saves at the right time (during sudden attack of enemies). Here you can fall from any height and stay alive. Without a doubt, it is a controversial provision designed to keep pace of the game high and it works. No one wants to die from a bad fall at the end of a match, hung with the best equipment.

Each hero needs weapons, useful accessories (shields, first aid kits, grenades, etc.) and skin. Equipment has own levels (white, blue, purple) and automatically replaces with a better one if the player found the same one of higher level.

Due to the shareware distribution system in Apex Legends Mobile, two characters out of eight are closed and there are loot boxes with cosmetic skins for guns and heroes. However, all this opens up for in-game currency, and even if you suddenly want to donate, the local prices are adequate. However, in-game store does not provide any advantages in battle.

Apex Legends Mobile is literally an evolution of the genre and universal game for all shooter fans. It is a fun action game without boring battle royale elements made by people for people. Project features beautiful, vibrant, comfortable and technical ideal world that every modern gamer should try.