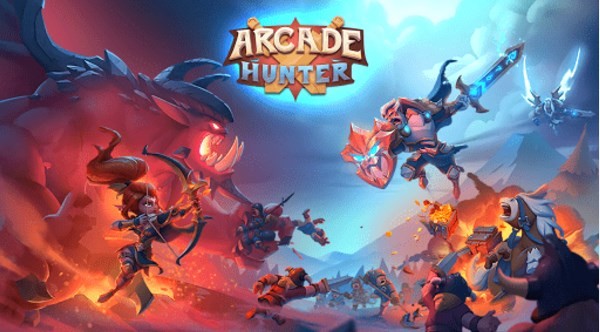 Arcade Hunter: Sword, Gun, and Magic is an addictive action RPG for Android from the developers of ONESOFT. Roam through numerous locations, exterminating monsters and their bosses. The game received a very high-quality gameplay, built on principles of the popular predecessor called Archero. Enjoy original location design, nice graphic design with wonderful animation and clear detailing of the smallest objects, as well as quite decent soundtrack. Dynamic battles, fights with the leaders, many types of skills and weapons – all this makes players pay attention to the project in question. Download also the role-playing game Albion Online.

Arcade Hunter appeared in 2020. Now, the number of installations only in official sources has exceeded one million. The average app score is 4.5 points. At the same time, if you read the reviews of people, then they turned out to be mixed. Why did it happen? Let’s figure it out together

Arcade Hunter delights fans of the genre with two interesting modes. One of them features separate levels. Moreover, the latter are clearly more than you can go through, even if the battle ends in victory. All because of the many alternative paths that you can choose based on the type of promising icons denoting one or another level. Most of the locations are marked with usual features, but there are bonus and unknown levels, indicated by various characters and dice. In addition, battle with a harsh boss awaits at the end of this mode. 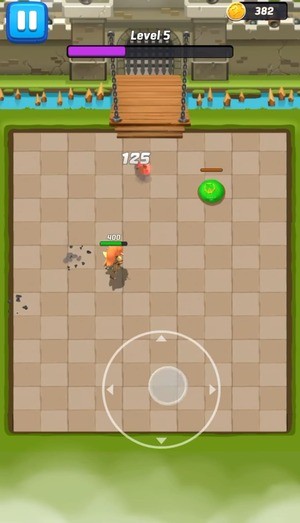 The second mode is endless and so lucky. Main character can revive himself once for crystals or watching ads, as well as pick up several spare lives among boosters and increase health reserve. Therefore, the battle in endless mode can drag on for a long time. The point of the gameplay is to destroy all the antagonists on each playing field. A pile of gold coins appears in the place of each dead enemy. However, it is possible to pick them up only after the elimination of all the monsters on the site.

At first, you go into battle in Arcade Hunter almost naked, as your ward has only one dagger. He deftly throws weapons at enemies and new blade immediately appears in his hand. Initial speed of attacks is not great, while the techniques themselves are far from effective. However, the game has a lot of bonuses and all kinds of improvements that have no time limits. The only way to lose a booster is to replace it with another. Sometimes you can find crystals and all kinds of magic stones in the place of killed monsters. They allow you to swing weapons, armor and other items of ammunition that appear from either chests or some well-wishers who periodically meet in empty locations.

In order to get any booster in Arcade Hunter, you need to destroy several monsters and fill the experience gauge located at top of the screen. Then the game pauses and three nice icons with explanatory inscriptions appear on top of the location. Boosters include first-aid kits, magic elements that increase normal or critical damage and cards that make projectiles split, ricochet against walls or fly through some monsters. In addition, there are magical fields that strike enemies around the protagonist with lightning, frost or fire. As already mentioned, boosters work until you replace them with others. 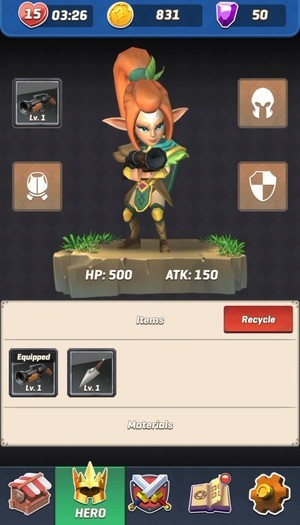 Arcade Hunter has typical graphics for this kind of games. Gameplay features top view camera. All objects, monsters, ammunition and skills are perfectly drawn and each of them has its own personality. The soundtrack is also worth noting. Thanks to the warlike music and professional voice acting, it is very pleasant and exciting to play.

Many items in Arcade Hunter are open for purchases only after watching commercial. Advertising usually lasts about thirty seconds and every time it gets very tiring. In order to avoid this annoying problem, we suggest you to download the mod, which allows you to get free stuff without watching ads.

We confirm that it is possible to purchase improvements without watching ads. Please note that some items in the game require paying real money, so players have a limited selection of items. Don’t worry, you won’t experience any problems while using the mod.

Traditionally for the genre, one multifunctional joystick is responsible for control. Use it to move around the locations. All battle option are carried out automatically and only at the moments when you take your finger off the screen. 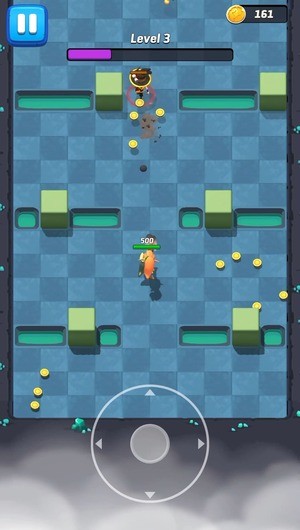 Start your journey into a spooky fictional world full of dangers. Win insidious battles of various enemies. The gameplay of Arcade Hunter shows you the world of fights, where each player has the right to decide what to do. Choose the right path and become a brave warrior. Pass all the tests that the developers have prepared for you with dignity and create the most powerful warrior to win. Meet a variety of creatures on your way: from flying dragons to sinister dead and ghosts.

Earn coins, buy weapons, equipment, armor, but do not forget to pay attention to pumping skills and abilities. Fight in an unequal battle with many enemies, so show all the will to win and become a legendary fighter.

Arcade Hunter: Sword, Gun, and Magic is very similar to the famous Archero, but it has a number of differences. If you want to get acquainted with all the project innovations, then download and play in person – you will not regret.