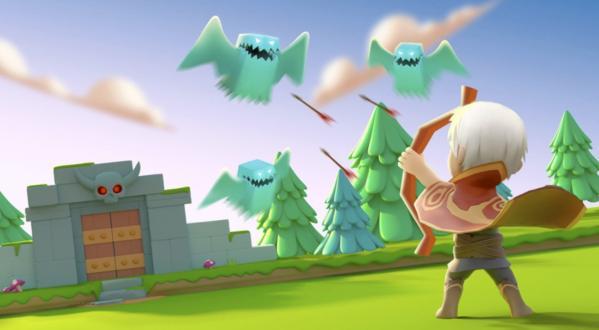 Archero is a shooting game created by Habby. Become an archer who goes on a long campaign to exterminate all the monsters that terrify the wizarding world. Hundreds of exciting levels with thousands of vicious opponents are open for you! It’s time to enjoy a fairly simple but very addictive mobile game that forces you to move very actively through the virtual world and shoot accurately. You should definitely try to plunge into the most interesting world of constant battles and fights with bosses. It will be fun, because the game is excellent.

Are you intrigued? Then read our overview guide, learn all the features of the game and go to conquer the lands.

There are 12 heroes available in Archero. In theory, half of them can be unlocked free. Others require real money purchases. What’s the point of acquiring new characters? Each of them, with the exception of the starting one, has a special skill. This can be a fire effect, random elemental attack and chance to create strong copies of assistants from fallen enemies and so on. Heroes also have a level that increases attack characteristics and health points while growing. 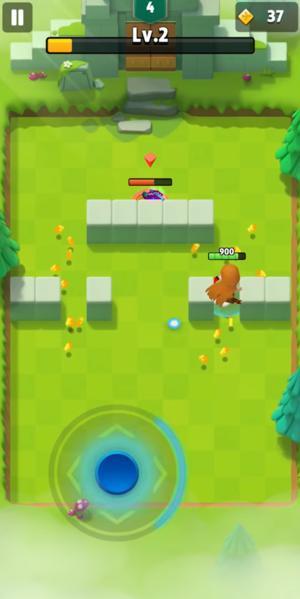 Dozens of cool skills to upgrade your character

The player enters the dungeon with a basic weapon. By killing enemies, he gains experience and the opportunity to improve the hero performance, make his attacks faster and stronger. However, in case of death, progress resets. When the level is increased, the player receives three randomly generated abilities to choose from each time. There are about 50 such abilities in Archero in total, and the maximum level in each dungeon is eleventh.

During the passage, you collect coins and gradually increase the hero level. There are only 10 such levels in Archero and when you reach them you get the right to choose an improvement. These can be fire, freeze or discharge arrows, increased critical hit chance, increased damage, attack speed bonus, auras and much more.

The mechanics are simple: as soon as you get a new level, the game prompts you to choose one of three random effects. You choose it and use it until you pass the chapter or lose. 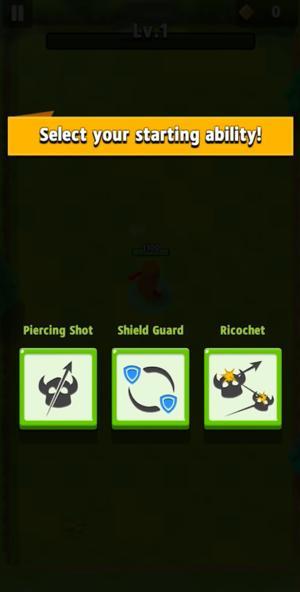 Variety of enemies that make you sweat

The developers obviously did a good job on the opponents in Archero, as they can surprise you with their attacks and skills. For example, there are archers who move, shoot with a bow and do quite a lot of damage from a long distance, but cannot shoot through obstacles. There are small creatures that throw balls over obstacles, causing you damage. Therefore, you need to dodge and move constantly or enemy can catch you even from your behind.

In addition, there are characters who throw balls in waves, bosses, and so on. Fighting all these enemies is very interesting, because you need to use different tactics. Sometimes it is very difficult and after a grueling fight, it is always pleasant to defeat the opponent. Bosses are especially enjoyable, as they have a serious set of skills.

At the time of this writing, there are 14 chapters in Archero. They all differ from each other in arena design, enemy’s type, as well as new abilities sets to choose. Each chapter includes levels: 10, 20, 30 or 50 rooms. They generate randomly, and you can see their total number in chapter selection menu.

Archero offers beautiful cartoon-style graphics that are equally well suited to people of different age groups. In addition, bright and engaging visuals create positive emotions throughout the gameplay. Monsters and elements of the levels have detailed faces and bodies. We should also praise the developers who have worked on the automatic level generation algorithm.

From time to time, you will listen to epic soundtracks, archery shots accompanied by a characteristic sound, monsters suffer loudly – all this adds a little realism to the cartoon atmosphere.

Despite the immense game popularity and active multi-million fan base, not all gamers managed to go through all the chapters of Archero. This is not surprising, since the automatic generation of levels doesn’t allow for thorough preparation, so at each level you can only rely on yourself. Apparently, such difficulties forced some enthusiasts to make several game modifications at once, which greatly facilitate the game walkthrough.

Now there are two mods available for this game, one of which allows to increase the amount of health of your hero, as well as to multiply his damage using a special menu. If this is not enough, then you will definitely like the second option that has a whole range of distinctive features. For example, you can have access to several add-ons in relation to your enemies. You can set up Archero so that your opponents don’t move, attack you or split up. In fact, the rest of features repeat the above features with the only caveat – you can change the game speed and raise it 20 times.

Testing both mods on our devices showed that all functions work 100%. The only thing is that adjustments against your enemies may not always work. In any case, you can call a special menu and turn on god mode if you have any difficulties.

You can turn on all above features directly after starting the game by pressing a barely noticeable button in the upper left corner of the screen, which will open a special menu to customize the game to your taste.

Some editor notes about Archero. Briefly, this is a generated roguelike with RPG mechanics. You play as an archer who needs to go through a series of dungeon rooms at the end of each you need to fight with the boss.

Management is extremely simple and convenient. Stick for movement, while the hero shoots himself. All you need to do is dodge enemies and position yourself so that your arrows do as much damage as possible. You start playing Archero only with just one arrow that shoots straight. It flies slowly, deals a conditional 1 unit of damage and is ineffective. However, at the first levels, your enemies are not super-strong creatures either. However, both are changing rapidly. 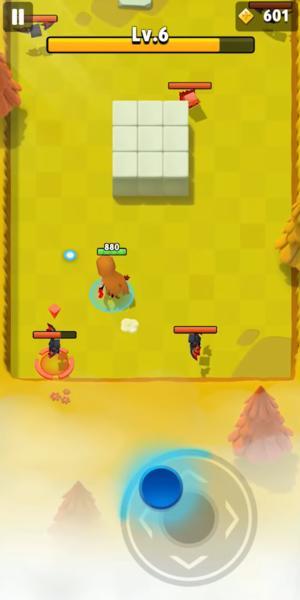 Passing the first level allows you to choose three randomly generated perks. For example, an additional arrow that shoot sideways and fly a little faster. The next level can give you another skill that can give synergy to your previous choice so you will play in a new way. Through several levels, you can, for example, shoot in all directions, bounce off walls and recover from damage done.

In addition, you can meet NPCs who sometimes offer difficult decisions: heal yourself or add another bonus. Each choice can change your final build and affect your result.

Archero is quite exciting and fun – short sessions, tons of enemies, various locations, skills and so on. We really liked the mechanic that allows you to choose one of three options for skills, which remains with the character exactly until his death at the level. Sometimes they give very useful bonuses, sometimes you have to choose wisely or just restore lives. All this affects the gameplay and forces you to think and experiment. We like this approach, as the game doesn’t get boring. By the way, you can play similar Raid: Shadow Legends where you can try more detailed gameplay.

How to install Archero Mod?

Don’t forget to delete the original version of Archero before installing our modified version to prevent errors during installation process.