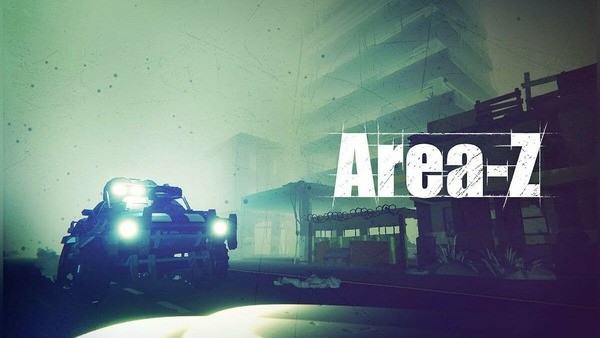 Area-Z is an action game from the developers of RisingWings. In 2031, a dangerous virus escaped from the laboratory of scientists. 80% of the world’s population turned into merciless and bloodthirsty zombies hunting people. Then the military, having organized a front of resistance, defended the scientists who were developing the vaccine in the hope of protecting the remnants of humanity. Weapons in this dark time are of paramount importance. They differ in rate of fire, power of shots, reload speed and magazine capacity. It is necessary to arm the hero, based on the type of enemies, which also differ in strength, dexterity and HP. Choose a mode from several available. This is extreme survival, when opponents roll in a continuous wave, defense or domination. Gather a group of friends in an online game and sweep away opponents together using the items you find, such as turrets, spike traps, bombs, barricades and much more. Correct tactics and thoughtful strategy will help you defeat the walking dead. Also, download Gun & Dungeons and Pure Sniper: City Gun Shooting.

The app is in Early Access, but Area-Z has already over ten thousand downloads.

Area-Z is a vivid action game with a dynamic storyline. The game does not stop fighting the zombie virus. You have to hunt zombies and rescue people surrounded on all sides in your own homes. Take the most powerful weapon and destroy everything around. Tapping with one finger will help you defeat a horde of zombies and get a full arsenal of weapons as a reward.

However, not only an endless fight against zombies awaits you, because you have to go through exciting quests. Get to post-apocalyptic New York, where the streets are teeming with crowds of the dead and there are practically no survivors. We have to keep the defenses and clear the city alone. Equipped from all sides, your hero can cope with any task and win the battle. Move quietly, because if the monsters find you, endless attacks immediately begin. A quick reaction and discretion will help you stay alive and defeat an army of enemies.

Area-Z has three main modes: Survival, Dominate, and Defense. In survival, you have to cope with waves of zombies that will constantly attack and try to kill you. To do this, you need to look around and shoot enemies, as well as throw grenades at them. In dominate mode, place turrets across the area – zombies pay attention to them. You need to shoot them in the back at this time. However, it is worth paying attention to the timer. It is important to have time to destroy all enemies during this time. Well, in the protection mode, you have to protect his companion from enemies, not leaving him a single step.

Get the best weapons

A big plus is a large arsenal of different weapons. Certain achievements allow you to unlock a specific type of weapon. At the end of the level, you can also improve it for the collected bonuses. It is necessary to have a supply of coins, because at any moment you may need something. Try to spend your coins wisely. Upgrading weapons for the necessary firepower is necessary when moving to the next level. Each type is unique in terms of attack speed, required ammunition and power. In addition, various military equipment is available, which can destroy crowds of enemies that appear in your path in an instant. There are also grenades that have great power.

Bright and colorful graphics will immerse you in the wonderful world of Area-Z. Modern animation effects and the ability to observe everything from above will help to see the approach of monsters to the character from all sides.

For a deeper immersion in the gameplay and additional features unlocking, we suggest you download a mod for unlimited amount of money. It allows players to upgrade the weapon to shoot enemies even more methodically.

Area-Z is a dynamic zombie action game designed for Android devices. The game teleports user to the conditions of the apocalypse that broke out on the planet, because of which most of the people turned into zombies. Destroy the living dead in New York to save humanity from the threat of final extinction. The game features colorful graphics, simple one-touch controls, and addictive gameplay.

Pick up assault rifles and machine guns, set up defensive structures and destroy one dead man after another, preventing them from approaching the main character. Move across locations, pick up shields, build turrets and fight bosses. Earn coins and spend them on buying new weapons, upgrading them and leveling up your character’s abilities. Go through the levels and open access to new locations where ferocious monsters are waiting for you.

Each new level of Area-Z will present new weapons and nice bonuses. In addition, you will get a unique experience from each round. Various zombies that will meet on your way force you to look for a new strategy to fight them. Keep in mind that hordes of zombies are getting stronger and stronger.

Area-Z is a vibrant and addictive game that can appeal to thousands of users. If you love the theme of zombies and want to train your reaction, then this project is for you.