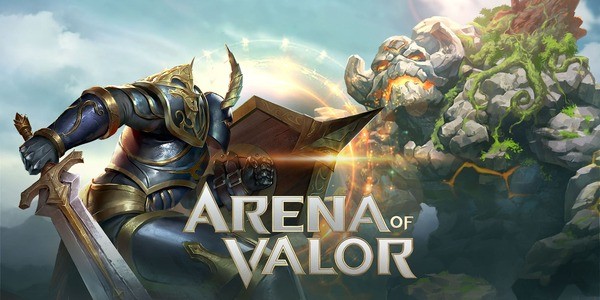 Arena of Valor – fast and exciting 5v5 team battles await you in this MOBA game. The gameplay is classic for a similar genre, you can win if you destroy the base located on the other end of the map. Follow one of three paths with the chosen hero, destroy the towers of the enemy team and kill enemy heroes using the skills of your character. In the course of the game, dozens of melee and ranged heroes with different talents will become available to you. Tactics play an important role here, so watch what is happening on the mini-map. Help the players from your team and the victory will be yours. The application has different modes, an alliance system, high-quality three-dimensional graphics and comfortable control, which is convenient to use on a mobile device. Also, download Counter Attack and Action Taimanin.

If you are interested in mobile games, then you have probably heard of Tencent. This Chinese giant is famous for publishing the legendary PUBG Mobile and releasing many other popular games. One such game is a MOBA called Arena of Valor. 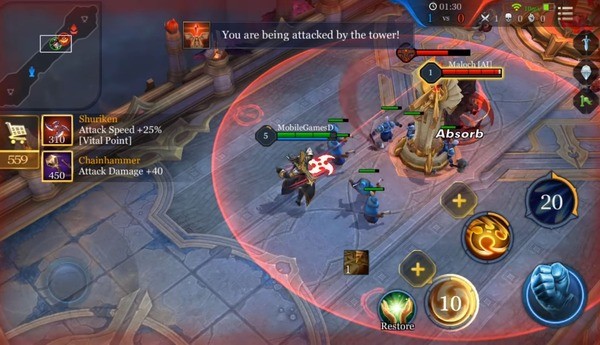 If you are a Dota 2, LoL, HotS veteran or other MOBA player, then you will very quickly figure out Arena of Valor. Unlike many other genres that have transformed with the arrival of smartphones, these projects do not change much from platform to platform. Here you need only one small card and a set of heroes with their own characteristics. Modern smartphones easily cope with this.

The Arena of Valor is made in the same way. It is very pleasant to play, and the action is simple and fast. You can understand the interface and the details of the pumping process right during the match or even after, leaving the choice to the algorithm. Overall, this is a classic MOBA.

Gameplay takes place in five-on-five matches – two teams of five players each. The goal of each of the teams is to destroy the opponent’s tower – nucleus. The map provides with three paths from the core of one team to the core of another – lines. On the general map, you can see on which line what is happening, and act based on the tactical situation on the field. In addition to rivals, towers will interfere with you – they automatically shoot at enemies. Going alone to destroy the tower is suicide. It is better to wait for mobs – additional generated allies and attack on their own along with you. Mobs are weak, but there are many of them – they are able to divert the tower’s fire towards themselves while you deal damage to it.

Among other things, tutorial matches unlock the starting characters for you. Many of them will be available only as you gain a sufficient level of experience in matches. However, a set sufficient for a full-fledged game will be available after completing the tutorial. There are all the usual classes here: tank, support, damage dealers. You can easily master it by going here from other projects.

The pumping system is also very simple. You have several skills that are unlocked and enhanced as the match progresses. When a skill can be enhanced or unlocked, a plus sign appears next to it. It is enough to click on it to perform an improvement. The situation is the same with buying items in a store. The game itself recommends what to buy, and if you do not want to delve into, you can simply accept the offer with one click. Thus, at first you cannot even delve too deeply into the pumping system, focusing on the tactics of the battle. However, later on, you will want to create your own item picks. That is also available in Arena of Valor! So play, sort it out, discover new heroes and win. 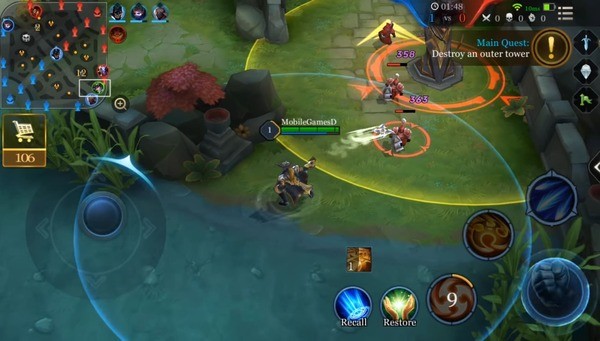 Arena of Valor will delight users with excellent graphics and colorful hero animations. You can also hear warlike music, which only adds color to the passage.

Arena of Valor mod APK includes Radar Hack, in which enemies are always visible on the map. You can also enable 60 FPS mode, even if your device does not support it.

This application is very similar in its gameplay to the very popular and well-known Dota 2. Five real players from all over the world are fighting against the same as they are and try to destroy their base. The game continues until one of the parties loses its main structure. From the beginning, players need to choose their character, for whom they will begin their battle. 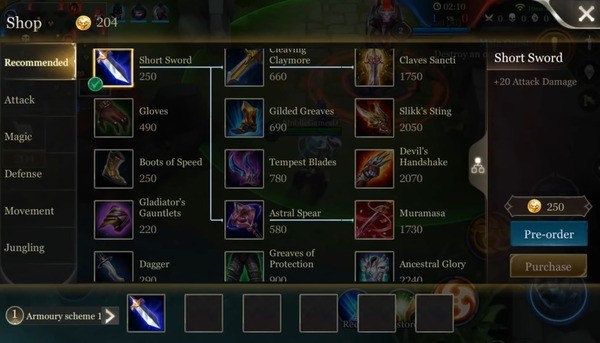 You need to finish off enemy creeps to receive coins and combat experience. Use them to acquire new artifacts and increase the level of your hero, along with which you can pump any ability. In addition, you can invite your friends to the game and fight against the enemy with them, helping and supporting each other.

If you like the genre and have long wanted to get to know it better, then one of the best options would be to download is Arena of Valor. You will quickly get used to it and will soon start winning.