ARK: Survival Evolved is a survival simulator from Wildcard. The series that has gained popularity on PC and consoles has now released its product on Android! You have to survive on a mysterious island where many huge dinosaurs and other primitive creatures live. Immerse yourself in a prehistoric world with over 80 types of dinosaurs and animals that you have to escape. Play with friends and other players, create tribes and share resources with each other.

The game begins with the fact that you find yourself on an unknown island, where you are completely alone without weapons. You must collect resources and use them to craft various tools for building houses and weapons to hunt. Find other survivors to unite and increase your chances of salvation. Build settlements and defensive redoubts to defend against enemy attacks. Tame dinosaurs to help you during the battle against enemies.

Do you like dinosaurs? It’s not the only one feature of this game, so be sure to check others.

ARK: Survival Evolved allows you to coexist on the same island with various strange creatures, including dinosaurs with over eighty types in the game. Explore the island and meet various inhabitants of land, sea, sky and underground creatures. Tame and interact with dinosaurs to make them your own pet, which can help you in battle. Tame animals and ride a Tyrannosaurus to be the most formidable inhabitant of the island. 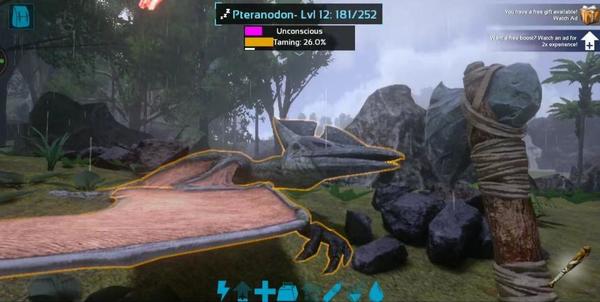 A huge island full of interesting mysteries and adventures awaits you. You will get to know the bizarre flora and fauna of the Jurassic period, where every dinosaur will be ready to swallow you for breakfast. ARK: Survival Evolved is a huge sandbox where everyone will find something to do. We can safely say you will not find a better dinosaur game. The atmosphere of ancient world makes you fall in love with it from the very first minutes!

When creating a character, you can use a detailed appearance editor, which is very important, because with further development it becomes almost native. Create your character, as you want, taking advantage of all the features of ARK: Survival Evolved. During the walkthrough, you may upgrade skills and technical characteristics of hero, as well as recipes for the creation of new materials, objects and structures. Crafting takes quite a lot of time when implementing large-scale projects and assumes the presence of partner players. 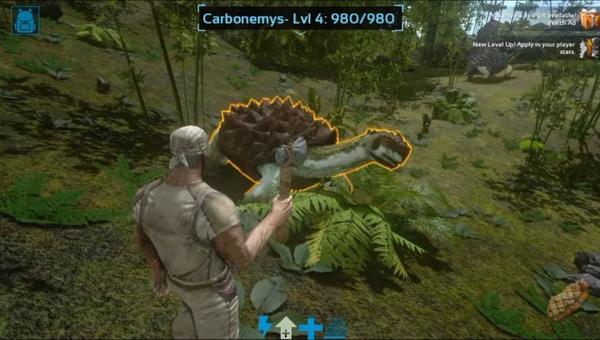 Survive on your own or team up with friends

ARK: Survival Evolved allows you to confront the harsh ancient world alone or team up with other players to help each other. If you decide to solve all the problems yourself, then your in-game life will be more dynamic, but there will be no one to help you. Together with friends or other players, it is fun and exciting to play. Challenge the forces of nature for a better chance of survival.

ARK: Survival Evolved has colorful and detailed graphics, thanks to which the player can immerse in the era of tyrannosaurs and pterodactyls. You can also customize the graphics of the game, as you want, so that the game was enjoyable even on weak devices. Perfectly crafted sound effects will make you feel like a small person surrounded by ancient critters on a mysterious island. 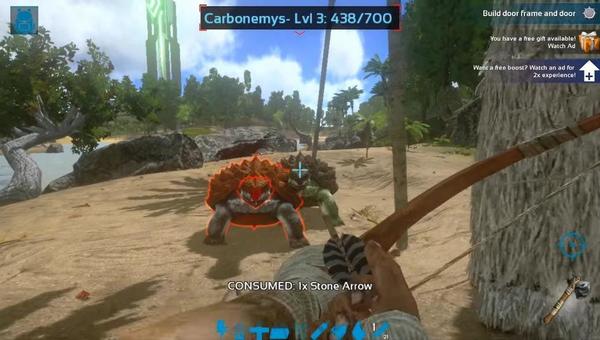 Install ARK: Survival Evolved and get access to the content from the Primal Pass and Ascendant Creature Unlock. Please note that they will appear blocked in the store. You can also craft absolutely free, become immortal and get infinite amber. We played the game to test its functionality personally. Everything stated above is true, as the mod works properly.

Important! Click on round button in upper left screen corner to activate the menu with described above options. The mod doesn’t work online. 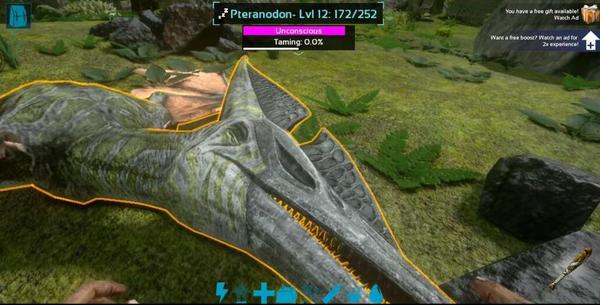 ARK: Survival Evolved is free to play, but gamers can purchase a paid subscription to increase resources and experience. The game implements almost all the features from the original PC version. Explore the wilderness, collect resources, build shelter, use the possibilities of various crafting and survive.

ARK: Survival Evolved is a top free to play game. It is definitely worth installing and trying out even for non-fans of the genre. Well, if you are a fan of survival sandboxes, then this is definitely your choice. Like Takashi Ninja Warrior, this game can easily compete with any genre counterpart on mobile platforms.

Don’t forget to delete the original version of ARK: Survival Evolved before installing our modified version to prevent errors during installation process.