Art of War: Legions is an addicting strategy game with polygonal graphics. You have to become a real commander and lead your army into battle against invaders. Use various tactics, improve your subordinates, hire heroes and win even in the most hopeless situation. Go through an exciting storyline where with each level the enemy’s army becomes bigger for the money received. Hire new soldiers and upgrade the existing ones. Challenge real players and fight in the arena!

Despite the game simplicity, Art of War: Legions has several unique features, which we will talk about next.

Despite the seeming minimalism of the battles at the first levels, as you progress the scale of battles only increases. The game allows you to watch the battle from a bird’s eye view. Over time, enemy unit’s number only grows. You have to increase the size of your army for a successful confrontation. The battles take place in some locations, the features of which you can use to achieve a result. 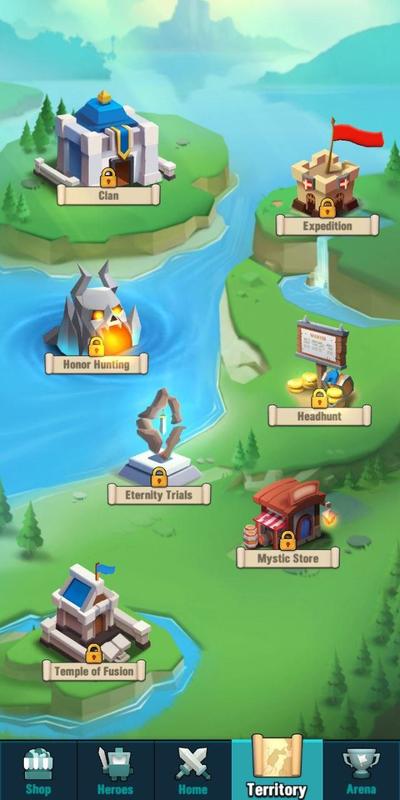 The point of Art of War: Legions is to defeat the enemy army, but for success, you need to use your own army correctly. If you just place your troops in a random order, you most likely lose.The main game emphasis is on developing strategic qualities. You not only have to select the correct placement of troops, but also use specific types of troops and heroes to win a particular battle.

If you want to strengthen the ranks of your army, you need to hire a hero who could lead everyone on the attack. As in any real-time strategy, the hero differs from other troops with his improved health, damage and defense characteristics. In total, Art of War: Legions features 34 characters with unique abilities. It is worth noting that the more heroes take part in battles, the faster their level grows, which allows you to upgrade the character and improve all his characteristics. 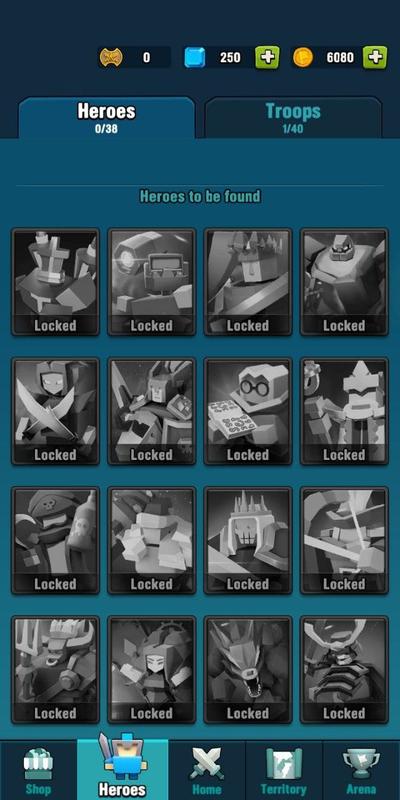 Use different types of troops

Don’t think that you only have classic infantry or archers under your command. The wide variability of Art of War: Legions implies the use of such a variety of troops types on the battlefield that at first you can even get confused. In total, 40 types of troops are available for your tactical actions, which will open as you progress through the story campaign. Moreover, not only typical representatives of the army are waiting for you, but also ogres, demons, various undead and even cacti! 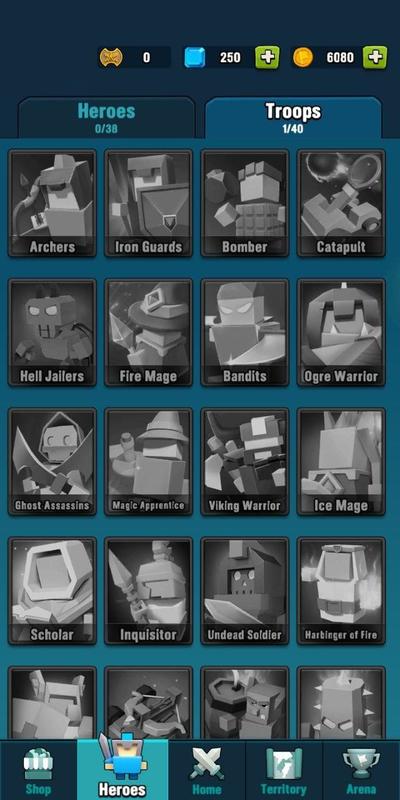 Get rewards for completing tasks

As soon as you get the fourteenth level, additional tasks will open for you that can bring more profit than the usual ones, but will be many times more difficult. Before completing additional tasks, you should prepare yourself as best you can. Do not forget that you need to stay alive after enemy attack, so you should prepare the defense of your castle. Place your troops wisely to win. 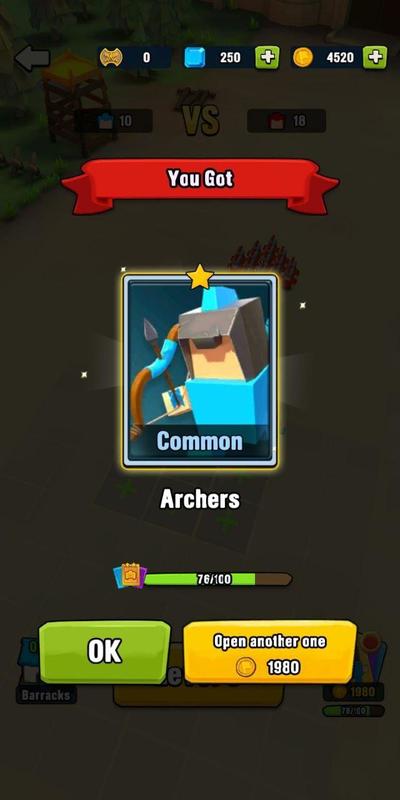 As mentioned above, when creating Art of War: Legions, the developers made polygonal graphics and did not bother withdrawing troops and heroes. Before the battle in the menu, it is possible to examine in detail this or that unit, but in battle, it would seem to you that the blue cubes are simply fighting against the red ones. On the other hand, given the scale of battles at the later levels, we understand developers choice, since high-quality drawn units in large numbers could heavily load the Android device, which would undoubtedly lead to freezes and lags. 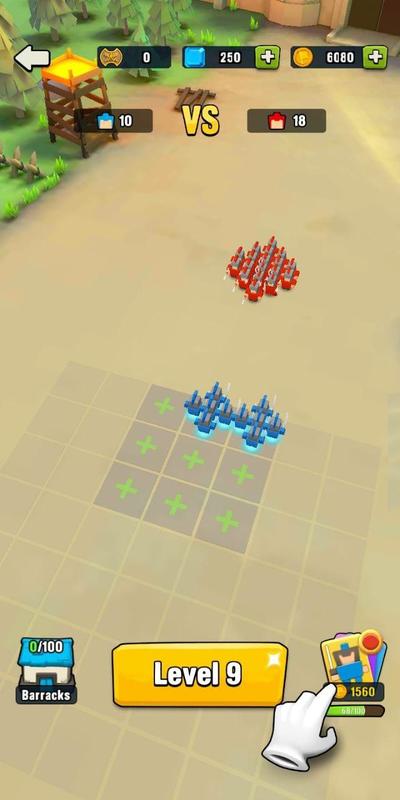 The sound component of the game includes several groovy soundtracks that sound in the game menu and full-fledged combat voice acting directly during the battle. You will hear screams, blows of swords, whistling arrows, sounds of spells and more. In general, the developers have tried their best providing all the necessary elements for maximum immersion in the gameplay.

Art of War: Legions isn’t a difficult game, but as you progress through the storyline campaign, you increasingly come across new types of enemy troops that will surprise you not only with their destructive abilities, but also in numbers. Increase the size of your army steadily and spend gold coins (in-game currency) to win more. Given that these coins are usually always in short supply, it will be necessary to replay regularly the old levels in order to accumulate the required amount to unlock new units. This is annoying in fact. 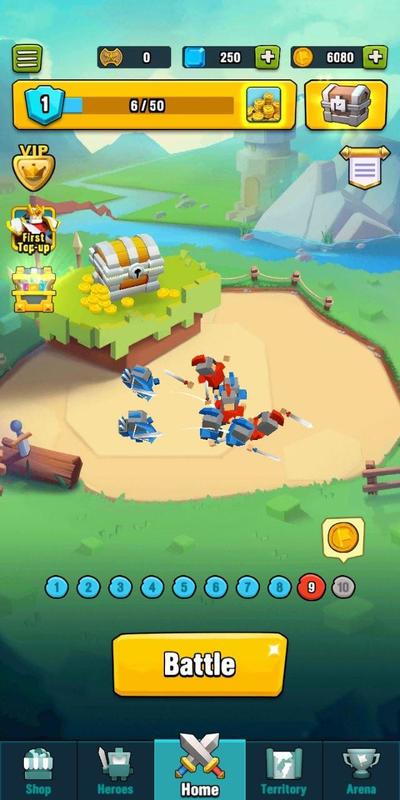 That is why we suggest you download our mod with unlocked VIP status. This option allows you to receive regularly at least 5000 coins on a daily basis to develop your army. This is certainly enough to supply it with everything you need.

Well, traditionally, a few words about Art of War: Legions gameplay. On average, one level you can pass for no more than one minute. Take into account the possibility of double speeding up the battle. All you need to do is arrange the troops as you wish and press the start button. The game does the rest for you. If you sufficiently pumped and correctly placed army on the battlefield, then you will undoubtedly win the battle. Otherwise, you have to buy or improve your strategic skills in order to complete the level successfully. In fact, nothing complicated, especially with VIP status, which supplies you with enough gold coins to finance the army.

Art of War: Legions is an excellent representative of the strategy genre, which can please any user of Android devices with its simplicity. At the same time, you don’t want to delete such a game, because despite the routine process, in each new level you have to look for new tactics and choose the right troops to achieve success. An excellent time killer that allows you not only to pass the time, but also to wrinkle your brains a little. However, if you prefer Wild West to ancient times, you can try yourself in Frontier Justice.

How to Install Art of War: Legions Mod?

Don’t forget to delete the original version of Art of War: Legions before installing our modified version to prevent errors during installation process.