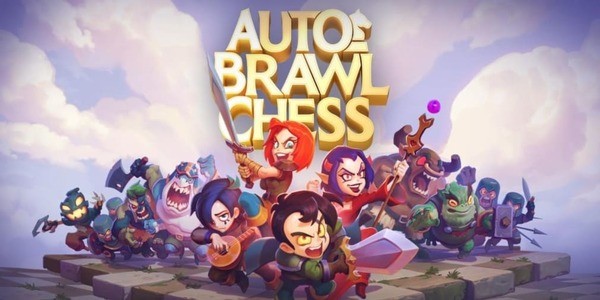 The battle royale games have become a real sensation and its appearance on Android platform is a real boon for fans of action-packed battles with RPG elements. One of these games is Auto Brawl Chess: Battle Royale, where you have to fight monsters in a one-sided battle. The strategy from PANORAMIK GAMES LTD began to gain popularity relatively recently and already has more than 1 million Play Store downloads. After all, a tactical auto battle game includes several modes at once that can change the gameplay. It not only includes a battle mode, but also allows you to buy equipment, upgrade weapons and pump your heroes. We also recommend Stickman Battle 2021: Stick War Fight and League of Masters: Legend PvP MOBA, which will surely be able to develop your strategic thinking.

Summon new heroes who can fight in strategic combat under your control. A book with a collection of epic heroes is available at bottom of the screen. Collect more than fifty hero cards with unique information associated with special skills of character and his attack. All heroes have separate groups: common, uncommon, rare, epic and legendary. You can get them by summoning and completing special missions. 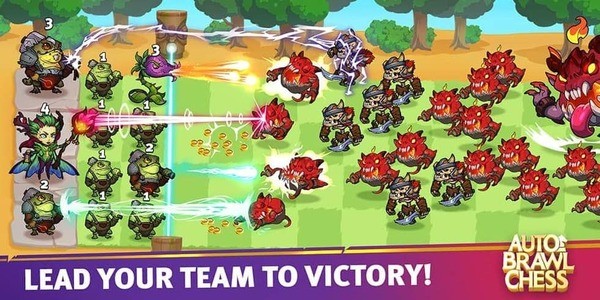 Each hero in Auto Brawl Chess has his own limit of special summon cards. After reaching the limit, it is possible to improve the hero, which requires a certain number of summoning cards and several gold coins. The more improvements are applied, the more chances to win.

Obtain great bonuses by conducting raids, PvP battles and completing existing tasks. A wide variety of missions is available from the main menu at the top of the screen: daily, weekly and epic. Completing each task brings you experience points, chess pass points, gems and gold coins. You can also get daily rewards and bonuses in form of scrolls, keys, gold coins and precious stones. Sometimes there is a chance to get a hero or experience for the existing ones.

Strategic chess battle does not last so long, as all actions take place in automatic mode. The only thing the player needs to do is to place characters correctly on the field. Most often, AI places characters automatically according to their class and type.

Graphics in Auto Brawl Chess features 2D and 3D characters who are the owners of bright clothes and interesting styles. The playing field has a form of chessboard, where each piece has its own position for a move. Each hero has his own special skill (highlighted in a specific color) to use during the battle. The soundtrack is a playful and includes unobtrusive melody and shouts of characters. All actions of the heroes have supporting voices: use of certain skills, victory and defeat cries. In addition to heroes, you can hear sounds of getting cards, summoning and improving heroes.

Many players do not want to wait for the opening new arenas and game modes, while opening all the cells for strategy is long and expensive. Therefore, game seems incredibly difficult and sometimes even protracted. That is why we provide players with opportunity to try out the game with a built-in mod to open all the battlefields, as well as to unlock all kinds of arenas.

Download the modified version of Auto Brawl Chess: Battle Royale, launch the game and open special mod menu. There you can activate Squad Size and Unlock All Arenas parameters. Use them to maximize your team size and get access to all in-game locations. Therefore, players can use many more options than in original version. After entering the game, you need to go through a simple tutorial with figures in form of heroes located on the chess field. Just control the heroes by placing them on the battlefield.

Complete the training and open a whole list of new opportunities: new heroes, cards and editing a profile. In addition, players can improve skills of heroes, thereby increasing the chances of winning. Make a choice of the desired character on the battlefield. Use a certain number of game coins to spend on the number of places in the battle or certain heroes in the game. The more victories you gain the higher the chance to unlock new game modes. One of these is a rating battle, which helps in raising in-game status among all players.

Auto Brawl Chess: Battle Royale is a chess field where you need to show all your abilities as a strategist and become the best player by taking first place in a rating battle.