Ax: Alliance vs Empire is a global MMORPG where you will witness an endless battle between two forces that claim to dominate a world exhausted by war. Plunge into the realities of brutal politics, take part in guild management and, possibly, become the one who will decide the fate of the two factions. Project leaves a pleasant impression. The game has its own combat system, as well as many opportunities for regaming. Player decides for himself whether to go through linear quests, concentrate on pumping or prefer to take care of the affairs of his own clan. Like most Asian MMORPGs, this project has a very vibrant visualization. For fans of such projects, we advise you to download Lineage W and Abysswalker.

Read on to find out all the details of the project. 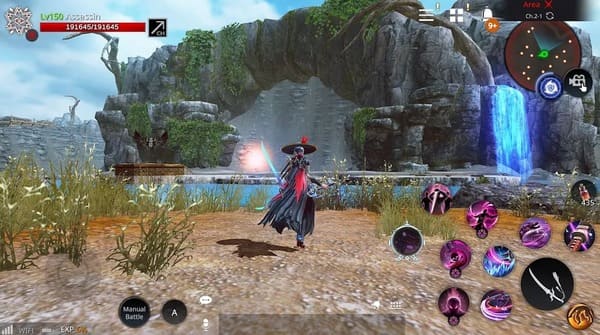 Fight together with players from all over the world

Ax: Alliance vs Empire’s gameplay brings you the best the genre has to offer to gamers. Here you will pump your character and complete hundreds of quests. Travel the open world, unite with other gamers in clans, go to war against the enemy faction, participate in raids and much more. Your head is simply dizzy from such an abundance of opportunities.

The social sphere is well developed in the project. Here you can surf the expanses of the world with friends in a group, unite into clans, fight with other gamers in the arena or on the battlefield and much more. Interacting with other players gives you a number of bonuses and additional rewards when completing tasks.

A characteristic feature of this project is auto battles, which has been pursuing the genre in question for a long time. Developers implemented auto battle because control on a smartphone cannot provide the necessary comfort, which is why most MMOs resort to this solution. Ax: Alliance vs Empire went even further, and here not only combat, but also movement is automatic. Such a peculiar mixture repels many gamers, which should serve as a reason for developers to think.

The world of Ax: Alliance vs Empire consists of seven zones: two for each faction and three for disputed territories. Formally, the world is not open here, but these zones are so large that this convention is omitted. Traveling through the zones is linear, as all territories here are for characters of a certain level. Yes, you will not be able to take many quests until you complete those provided by the storyline. During your travels, you will encounter hundreds of unique monsters, story and random missions, mountains of awards, and more.

Leveling up and character customization

The choice in Ax: Alliance vs Empire gives you six unique characters (three for each faction): a titan, a blade master and an archer from the Alliance and a warrior, a Valkyrie, a magician from the Empire. All classes have their own unique set of skills and equipment. The developers have done a good job on the balance, so it is impossible to single out someone from the six. 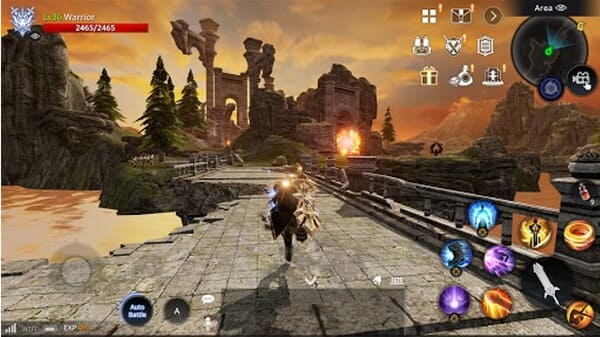 Level up and customize each skill for yourself. Combine any ability with any other for a powerful attack. Reinforce your skills with special items that will reveal the full potential of your hero. Choose a certain direction of development and collect specific items. Destroy enemies with one powerful blow and remain unprotected. Focus on survival and you can always fend off a horde of enemies or just run away.

The graphics are very high quality. If you don’t know that this is a game for smartphones, then you might think that this is a new MMORPG for consoles! Enjoy beautiful landscapes and great music by renowned composers especially for Ax: Alliance vs Empire.

Ax: Alliance vs Empire can bring problems with some opponents – sometimes they are very strong. If you do not want problems during gameplay, we recommend downloading a mod that forces opponents to stop their attacks. Therefore, monsters will not attack you after mod activating.

Having created a player, you have access to an open world, which exploration you will begin from the starting location of the class. Complete interesting tasks and follow an exciting storyline. Open the location map and navigate the accessible territory just like in a full-fledged MMORPG. Accept simple assignments and receive training in the management and use of abilities. The entire list of tasks is available on the screen on the left, and you can view the goals by opening the map. Everything is very convenient and understandable for a beginner. In 15 minutes, you will be ready to make your first foray into a huge and dangerous world. 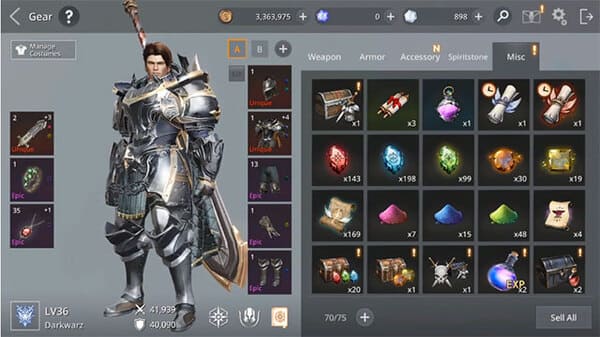 All decisions that you make in Ax: Alliance vs Empire will affect the entire storyline. You yourself choose which clan you will join and who to choose as enemies. All decisions will determine how certain inhabitants of the magical world will meet you. You can follow the path of goodness and not get involved in unnecessary fights, or you can crush everyone and make you all afraid!

Take part in PvP battles between the Alliance and the Empire. Gather a team of four and take part in tactical battles against real players from all over the world. Do epic raids with your friends, conquer all dungeons and kill all bosses! Communicate and plan new strategies in a special convenient chat that will keep you in touch with your best gaming companions. You can always ask for help or help a friend in a difficult task.

Ax: Alliance vs Empire is an interesting MMORPG that does not mind giving a couple of hours of free time. It will not bother you for a long time because of the abundance of unique quest lines and a variety of game modes. You can create a character in your own image and likeness and high-quality graphics will make it even more realistic! Find new friends and use the game chat to communicate.