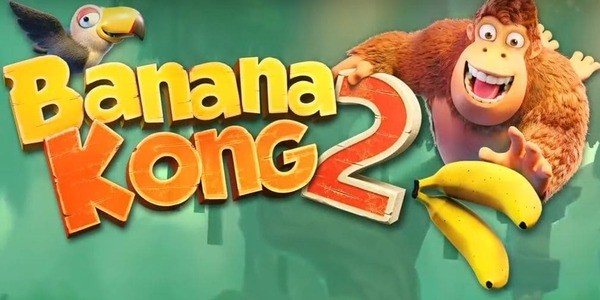 Banana Kong 2 is a runner developed by FDG Entertainment GmbH & Co.KG. The main character here is a gorilla who runs non-stop. You need to run the maximum distance, bypassing various dangers and obstacles. Sometimes you have to jump, slide and dive. The game positions itself as an “endless run”. You must run without stopping, bypassing all obstacles. If you run slowly, you can die from an avalanche. Even a fast run will not save your Gorilla from death. Ape can swim, jump, slide and even fly at different levels. Sometimes it will not be easy to figure out how to pass the next obstacle, and besides, there will be no time to think. Download also the first part of this masterpiece and Sling Kong.

Don’t let yourself be killed!

The protagonist of Banana Kong 2, as before, runs away from a wave of bananas. Initially, go through a training process where you can master the controls during the first mission. Task at each stage is extremely simple – run from point A to point B, while avoiding collisions with obstacles. Gorilla has a special technique to overcome the walls – a force penetration. 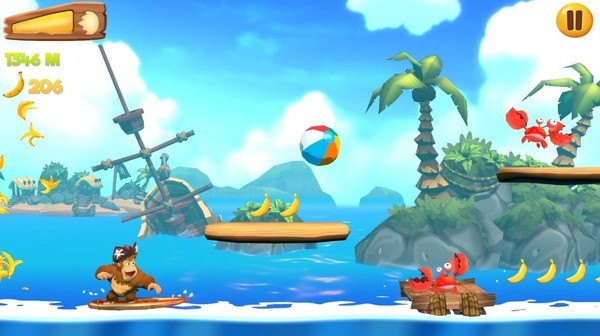 Do not bypass or jump over walls. Only a strong battering ram can help you to overcome it. If you don’t complete the trick, you will simply crash into the partition, and the monkey will drown in bananas.

This game is about a monkey, more specifically about King Kong, who is apparently very light, but thick. You need to manage it and run around different locations. Immediately collect bananas and various other bonuses. To speed up and avoid obstacles, use the animals that you find in the jungle, underwater and in caves. Just do not forget that in addition to all this.

The game has obstacles that can easily destroy you. Be very vigilant and careful. Set new world records for the distance traveled and become the best among not only your friends, but also in the list of the best players! Try to collect as many bananas as possible to spend them on various upgrades and bonuses.

In general, Banana Kong 2 has become a worthy competitor for games in its genre. It has almost everything a real runner needs: cool locations, high-quality art and fast gameplay. The game turned out to be an exciting timekiller, from which it is very difficult to break away. Download the application, compete in skill with friends and collect bananas. Moreover, never get caught by a terrible avalanche and other pursuers!