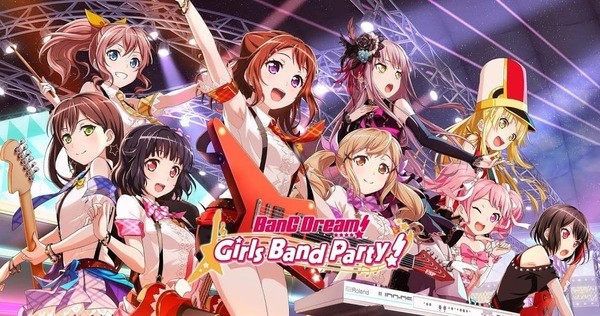 More and more applications that focus on anime characters are gaining popularity now. Such an approach attracts with its unique style and variety of external data. Such games are interesting for both fans of anime subculture and other users of Android platform. One such game is BanG Dream Girls Band Party! from Bushiroad and Craft Egg. Its main idea is musical theme: you have to play music on smartphone and set new records for speed of execution. This Japanese game gives the player a great opportunity to try over 70 different songs. In addition to musical practice, you can learn interesting stories of main heroes. We also suggest you to download Queen: Rock Tour – The Official Rhythm.

BanG Dream Girls Band Party! is one of the most popular games nowadays. More than one million users of Android platform have installed the application and rated it at 4.7 points. The project takes the seventh position in Music section and bears a distinctive mark – choice of Play Store editorial board.

The game features anime style, so all characters have large expressive eyes and unique hairstyles. Very first character is Marina, who talks about all the intricacies of musician’s career. Marina is a sweet girl with ash brown hair and brown eyes. However, you have to face no less beautiful members of musical groups that you will meet during the game. Each character has its own unique appearance, which most often reflects hero character. 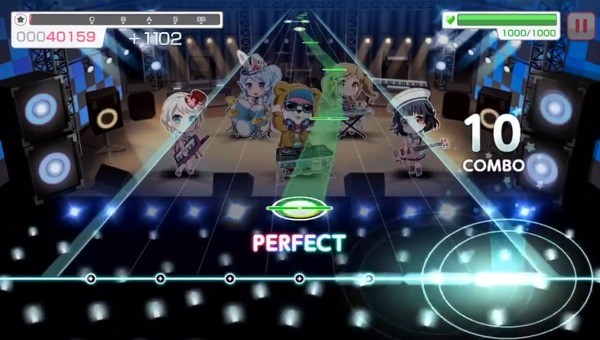 Get an opportunity to become a participant in a real show of musical talent: young Japanese girls, who together represent a musical group, act as voices on the stage. The player needs to press on time on the approaching notes, which are responsible for musical accompaniment and beats. Dynamic levels are becoming more and more difficult. If previously you had to press single keys, then with achieving new level, it is necessary to control several types of keys at once, including both double and triple keys.

BanG Dream Girls Band Party! has its own storyline, which unfolds as you complete some tasks or watch certain fragments. Learn all the secrets of musical group members, meet new characters and find out the path of success for each girl.

In addition to passing the dynamic levels, you can assemble own unique musical group. Band tab provides access to different groups as templates, new musicians and heroes. First, you need to choose a character, select style of the group, costumes and quotes. Each musical group requires development, so the main task of a young musician is daily rehearsals, concerts and tours. 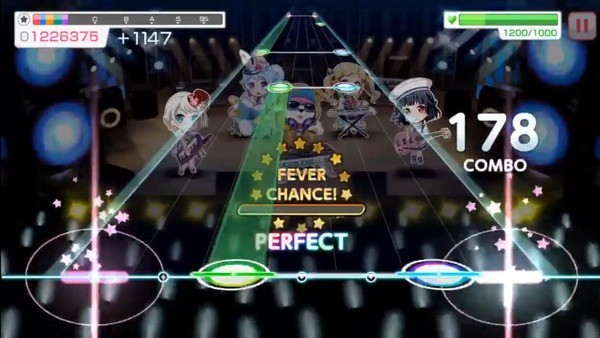 BanG Dream Girls Band Party! features unique anime graphics, which allows the player to immerse in atmosphere of completely different styles of music. Some bands prefer pop music, which also reflects in appearance of the participants: cute berets, natural hair color and dazzling smile. However, there is an opportunity to face rock music lovers with bright color hair and predominantly black clothes. It is worth noting the well-developed movements of the game character. The soundtrack is a cheerful and includes invigorating melody that accompanies the player both in main and story menu. We should also mention the quality of the music tracks.

The many music mode options are quite difficult to perform. A beginner is unlikely to be able to dance or sing well the first time. We offer to install a mod that allows you to complete all levels perfectly. There is special menu where you can change the mode from low percentages to higher ones in order to pass the music levels faster. The mod is convenient in that you can turn it off at any time during the game. Get access to Auto Perfect mods 70, 80, 90 and 100, as well as unique Auto Dance mod.

We confirm that after opening BanG Dream Girls Band Party, you can use a special mod menu in the upper left corner. There you can select the required level tasks completion, as well as disable all ads. Such an approach allows you to better cope with musical assignments and understand all application requirements. Do not forget that you can turn everything off at any time during gameplay. Therefore, if you want to continue the adventure as usual, it will be easier than ever to do it. 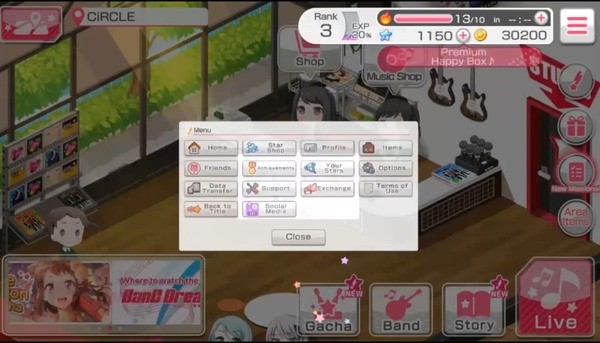 Initially, player needs to install additional materials for the game, which takes an average of 5-10 minutes to load. During the loading time, it is possible to get acquainted with main characters, who perform their music for the newly arrived musician. After downloading the content, you can start the story mode and learn the possibility of creating own group, as well as development of the existing one. Go through dynamic levels and become a real DJ for a musical group.

Main menu provides players with access to Band tab, where you can create your own musical group, Story tab that unravels game plot and Live tab, which is responsible for concerts in the game.

BanG Dream Girls Band Party! has become one of the best music games on Android with a perfect balance of music gameplay and story mode. Moreover, you will be able to create own music group with this game.