Battle of Warships: Naval Blitz allows you to plunge into an exciting world of sea adventures that can bring pleasure from a well-spent time. The player can not only take part in sea battles, but also control real sea vessels from the First and Second World Wars. In addition, the game features real characters of the past, who won the glory of great sea commanders. Check out other exciting action games on our website, such as Modern Combat 5: eSports and Special Forces Group 2.

After release in 2017 Battle of Warships collected over 10 million downloads. Now, its rating is 4.4/5.

Battle of Warships features a huge amount of military equipment from different years. First, the game opens access to acquaintance with sea vessels of different countries during First and Second World Wars. For each ship, the game developers created a video that tells its history and its features. The player can get any ship in his collection and put it on sea battle under his own flag. For a certain type of ship, you can install only a certain type of weapon. However, after improving the ships, the player gets access to such types of attacks as air sorties towards the enemy and torpedoing the opponent’s fleet.

Developers of Battle of Warships paid amazing attention to detail! They have invested not only a lot of time in creating the game, but also its soul. It is worth a lot of effort to draw each individual ship in 3D graphics. Each naval combat ship has its own characteristics. However, the strength, power and direction of your attack can also depend on the weather conditions, which change along with time of day. All battles in the game world take place at night and during the day.

A player’s career in Battle of Warships: Naval Blitz begins with managing one ship, but you can become the commander of an entire fleet! You can assemble a collection of all the ships in the game. Everything will depends only on the strategy that the gamer uses to achieve victorious results.

The general graphics style of Battle of Warships exceeds all expectations. Well detailed world along with amazing rendering can heat up even the most powerful devices. It was extremely difficult for us to find such a well-developed project in the war setting, so we can state the console-level graphics. The sound component of the game also has the highest level. Together with graphics, it allows you to immerse yourself in battles.

While playing Battle of Warships, you have to fight against living opponents and their ships. Putting your fleet against real opponents and hoping that you can come out dry from water is utopian dreams! However, you can repair all damage and improve the power of your ships for in-game currency. The sea adventures require serious spending of game money, which is always in short supply. We provide you with Battle of Warships mod for unlimited money to ensure an easy and exciting journey into the world of large-scale naval battles. Now, acquisition of the most powerful and efficient ships for the victorious fleet won’t cause problems.

After installing the mod for Battle of Warships, you get an unlimited amount of money to your account. With its help, you can unlock new powerful ships and weapons, as well as customize such different features. For example, you can change country’s flag, fixed at the top of your warship and visible to all enemies from afar. Follow simple instructions below to install the game and enjoy the unlocked gameplay. This project is safe for your device, but do not forget that your gadget must be powerful enough so that you can play without any graphics restrictions.

The gameplay of Battle of Warships: Naval Blitz is simple and straightforward. It is worth noting the ability to change the view with one touch. You can look through the normal view, twist the ship and the fleet or look at events through a telescope.

You cannot enter the battle without a ship, so the first step is to choose \ and start improving it. All newcomers get the same small motor ship equipped with a couple of guns. Its combat power grows over time, making it competitive in most skirmishes. Naturally, with upgrading you come across more skillful opponents that require a more powerful warship to defeat them. In the list of available ships, you can find all the legendary samples that became legendary during First and Second World Wars. This is where the unlimited money feature comes in handy.

Improving ships is a whole science in Battle of Warships that you have to grasp. You can improve movement speed, turn time and hull thickness. The quality of outer cladding directly affects the maximum health level. Next comes the improvement of weapons. You can buy modern weapons, speed up reloading time, use effective ammo and so on. All improvements require in-game currency and take some time to implement. Each ship has its own improvement threshold, which makes it impossible for you to play only one model for months.

Battle of Warships is a game where the player can feel sea salt from the spray and smell of ship gunpowder on his lips! Great picture, design and style make the game incredibly dynamic and exciting! Naval battles await!

How to install Battle of Warships Mod?

Don’t forget to delete the original version of Battle of Warships: Naval Blitz before installing our modified version to prevent errors during installation process. 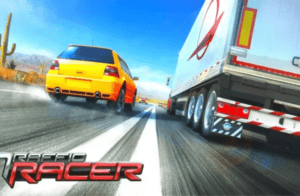