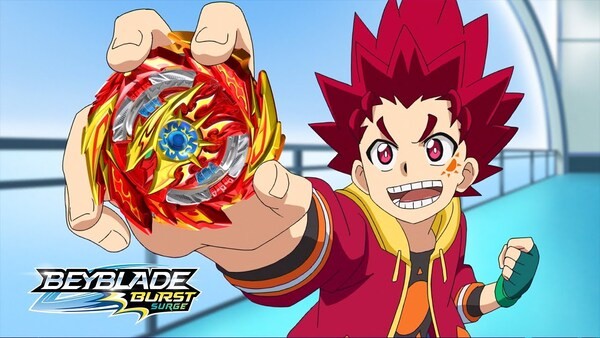 BEYBLADE BURST by Hasbro is a mobile game based on the board game of the same name. BEYBLADES are ordinary spinning tops with different designs. Players spin them and then launch them. The one whose top spins longer wins. In addition, it is possible to achieve victory in another way – just knock the opponent off the playing field in the form of a special platform. Project takes gamers into the virtual world of beys, where you can fight with friends. Complete quests and found your own league. The essence of gameplay comes down to two things – achieving victories in multiplayer and replenishing the collection of beys. If you are interested in this kind of gameplay, then also download Tower Hunter: Erza’s Trial and OVERDOX. 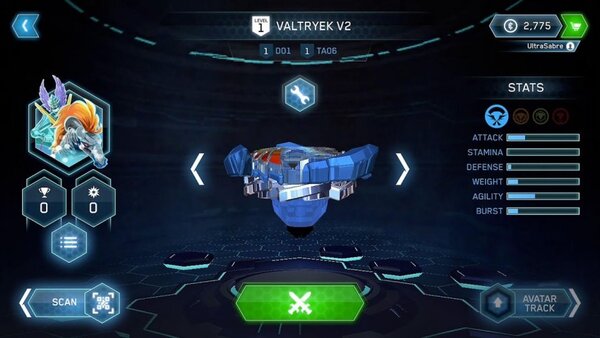 Downloading BEYBLADE BURST means immersing yourself in the world of the future, where people have come up with a new way to compete and use battle tops for these purposes.

This is the first game about fighting tops called beyblades. Your task is to turn from a lover of this fun into a real master. To do this, you have to go a long way, which the developers from the Hasbro studio have perfectly implemented. Hasbro is part of a large American concern that develops toys and board games for children.

The gameplay in this game is very simple. It has four types of tops. Each of them has its own parameters and appearance. Main characteristics of blades are attack, stamina, defense and balance.

Before the start of the battle in BEYBLADE BURST, select the top. There are various beys in the blader’s collection, but only three of them are available for the team to participate in the competition. App features three powers: stamina, defense and attack. The creators have taken care of the visual cue, which says that attacking type has advantages in the battle with the hardy one. The hardy one is more likely to win over the defensive one. Defensive strike is stronger than an attacking one.

During the round, a field with tiles appears at the bottom. You need to drag the tiles and match them in a row. Pull them vertically or horizontally, diagonally, and through other elements. Very cool and useful for winning rows of five tiles. Consider the type of top and, depending on this, choose icon symbols. BEYBLADE BURST teaches you to think logically, so think over a strategy to win the round.

This unusual fighting game has several modes, including online. It is famous in 90 countries of the world as authors declare on Play Market. Therefore, search for the enemy will not keep you waiting. Game algorithms select an opponent of equal parameters for you. However, at first it is advisable to learn a little and fight with AI or pass a test. This is the name of career mode. However, he does not give those emotions. Which manifest themselves when defeating a real opponent. 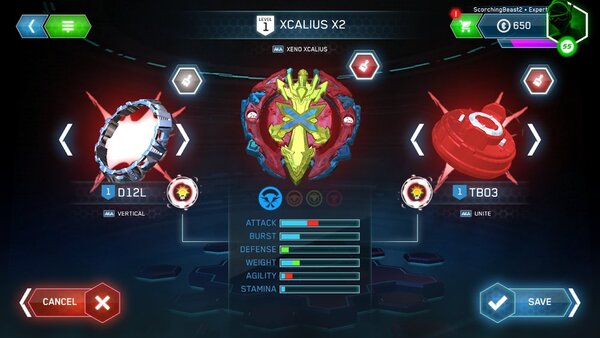 The advantages of the application include a large arena. It opens up a good overview of such an unusual duel. It makes it possible to implement various tactics that can lead to victory. However, do not think that everything comes down to strategy in this game. A lot depends on fortune. Any random probability can tip the scales one way or the other. This has its advantages.

You will be pleased with the beautiful hand-drawn graphics made in the style of anime fighting games. There is also a lot of Asian dynamic music in the game, which adds to the atmosphere.

To make you feel privileged, you can download BEYBLADE BURST mod for unlimited money. In addition, all items and customization elements are open in the game.

BEYBLADE BURST sends you to the distant future with competitions between game tops. Each character has a variety of modern weapons and, if desired, can quickly butcher an opponent almost completely clean.

The task of players will be to control the selected spinning top and take part in competitions with other robots. Here you can fight with your friends or with numerous opponents ready to join the battle at any moment. Upgrade robots in between duels and replace its parts to improve its firepower and appearance. Control your robot top and engage in an exciting battle with numerous opponents.

To open up new opportunities, the main character must win as many battles as possible and become the best in the world as a result.

BEYBLADE BURST is a rather interesting project from Hasbro. It focuses on children, but adults will also like it. Get prizes, improve your battle top and reach the top!