Blade Bound is, at first glance, a powerful “hack and slash”, with a corridor level and a pronounced RPG component. However, that’s not the point of the game. Where else have you seen a game declared as a game of the latest generation consoles on Android? Blade Bound positions itself that way. Here you have to fight hordes of enemies of different levels and strengths, upgrade skills, master the combat system (quite difficult to say). The game has one great advantage – there are no stupid clicks on enemies. You need to sweat to deal with the enemy. For slasher fans, we recommend Cyber ​​Fighters and for deep RPG fans, we recommend Raid: Shadow Legends.

Blade Bound is a project with console-level graphics. Check out the main features of the game.

Battle from the start

The game begins with an introductory video, which should explain what is happening and what we are fighting. The video is really smart, bright and colorful, beyond praise. It made at the level of graphics of modern consoles and new games on the PC. Another thing is that game universe, plot background and the reasons for the confrontation don’t become clearer from it. Nevertheless, when did it stop us in such incisions?

We start right after the fair-haired elf boy armed with a huge two-handed sword. He, in the entourage of a colorfully drawn starting location, immediately rushes to chop down enemies. The controls are simple, through a conventional joystick and buttons. Some combo attacks and ults are available from the start. The initial enemy mobs are not very difficult. They allow you to practice and experiment with tactics.

The developers made Blade Bound for mobile devices, and they have fully taken into account the platform features. It is clear that there is no need for an aggressive console-type “button press”. Here the emphasis is rather on a variable choice of tactics and the gradual development of management skills to automatism. There are many combinations of different attacks, defense, rolls and strikes in the area. These are not some kind of “blanks”. You can invent new combinations, remember and use them later. Moreover, for different opponents you have to use different approaches – it won’t work to beat everyone with one universal “invincible” strategy.

Bosses require special tension and talent from you – some Impaler or Queen of Thorns can greatly fray your nerves. Ordinary mobs don’t lag behind either, at high levels they can crush in both quantity and strength. Everything here is in the tradition of classic combat RPGs – you can’t say for sure who is more terrible: some mega-cool boss, or a crowd of henchmen through which you have to get to him.

One of the main components of any RPG is to equip your fighter. You can spend hundreds of hours in search of some “Sword of Dawn” or the Phantom Ring of Necromancy. Knock out objects and elements during the game and collect them in your inventory. Moreover, Blade Bound provides not only the use of objects and weapons, but also their change, as well as their combination.

Blade Bound graphics are truly surprising and pleasing. Most players are used to the fact that Android games are not about graphics. However, here everything is completely different, at some point you can forget that you are playing on a mobile device and the process of that very immersion will begin. It is clear that no mobile game can compete with console giants or PCs, but the graphics are great.

The musical accompaniment is a classic fantasy epic, quite simple and not distracting. The sounds of the game itself are pleasant and not conflicting with the soundtrack. Interesting sounds from time to time emit destroyed enemies.

Blade Bound is pretty hardcore, and it can turn out to be an excruciating grind of experience and money instead of a pleasant rest. That’s why we provide you a mod for unlimited money. Just enter the game and be sure to activate it first. Now, you can freely purchase all the available equipment without even looking into your wallet.

We played Blade Bound on our android devices to test the mod for unlimited money. We can assure you that it works without any problems. The game is also absolutely safe for your gadget. When you buy something for your hero, be it new weapons or equipment, amount of money in your account only increases in proportion to the cost of your spending. Note that the game is quite demanding on devices. Keep this in mind when you decide to install it.

During the game playthrough, it gradually moves through the floors-levels. There are several dozen levels, and each is traditionally more difficult and brighter than the previous one. If you initially needed only a couple of standard combinations, then you have to dodge further, think with your head and show real skill.

You can assign skills to special slots at the bottom right of the screen. There are only five slots available, but it is possible to change them as needed. The large round window shows currently active attack.

First, Blade Bound can boast with excellent graphics, unusual for a mobile platform. However, here you can find a deep plot, and role-playing component and interesting combat mechanics, unique to the game.

How to install Blade Bound Mod?

Don’t forget to delete the original version of Blade Bound before installing our modified version to prevent errors during installation process. 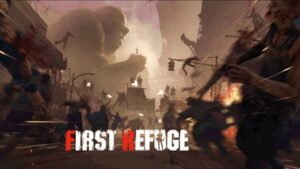 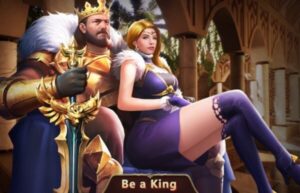