Bladed Fury is a side-scrolling action game based on Chinese mythology. Developers made the emphasis on mythology and not on historical facts. This explains the large number of different monsters and ghosts. The plot tells us about a young girl Ji, who is the youngest daughter of the emperor of China. It all starts with the fact that we come to the father’s chambers, but we do not find him there. Instead, we find a demon with whom we have to fight furiously.

After killing this demon, the girl discovers that after the spell falls, her father turns out to be a demon and she becomes a traitor to her family. Ji has to flee the empire, leaving her people and her older sister, who became a prisoner of the conspirators. She begins the path in search of strength to cleanse herself and her family from slander. If you love action, we also recommend downloading The Way Home and Epic Brawl – Royale Clash Game. 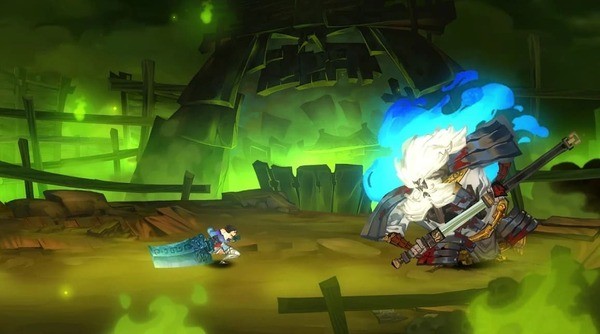 Bladed Fury was previously released on consoles, but Android users got it in 2022. Read more about the features of the game in our review.

Story of Bladed Fury tells us about Princess Ji, the youngest daughter of Emperor Qi Kang, who avenges her family. She has an older sister named Shu. Tian, ​​an officer in the emperor’s army, devises a clever trap that causes the protagonist to kill her father, Emperor Qi Kang. The officer, preparing to marry Shu, solidifies his position as the new ruler of Qi. Ji goes in search of justice, she needs to find out the whole truth and save her sister. Along the way, she meets friends and enemies, hitting monsters with various types of weapons.

It is worth noting that the plot is too short for such a story. Experienced gamers will complete a video game in a few hours.

Agile combat experience and a style that is easy to master

2D platform/adventure style gameplay combines two types of weapons, each with its own speed and power advantages. The developers have made it so that it is impossible to rely on only one type of weapon, since some types of enemies require a projectile. Alternatively, it is necessary to use a shield, thereby creating armor for themselves and defending themselves. All hits and attacks in Bladed Fury are available for upgrades. The combat system itself is not bad, but when using the shield sometimes there are difficulties.

As rewards, players can receive yellow orbs. While fighting enemies, you collect both yellow and green balls. Green orbs heal your character, and yellow ones allow you to improve attacks. Combat consists of fast, light and heavy attacks, which you can combine or strengthen in the process. There is also dodge and block.

After defeating the enemies, you will collect fragments of their souls to improve Ji’s skill set. The upgrades in Bladed Fury come down to the two weapons and her own power. Thanks to the souls collected, you can improve the block by making it longer, double dash, additional combos, etc. Some rain arrows into the sky, others summon a black hole to deal damage to all enemies, and others either heal you to full health or slow all enemy actions on screen. This system is very smart. Although you can only use four souls at a time during the game, you will soon find your favorite combinations that are convenient only for you and stick to them in use.

The bosses are quite excited about the moment when you fight them. Boss encounters are some of the best moments of the gameplay and these moments are only available in the later parts of the game. After the first meetings, you might think that fighting them is easy and the process itself is rather boring, but, in fact, the developers test your skills in this way and stir up interest in future battles. Each boss is unique, and this gives a sense of significance to defeating him. 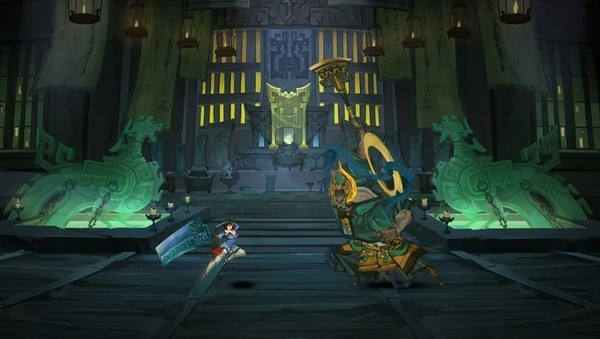 These fights are very exciting and attractive with character designs, and the attacks themselves are quite bright. During the game, you will make sure that all the skills acquired are worthy and in the future will help you get a chance to defeat stronger opponents.

The graphics of Bladed Fury are simply mesmerizing. Visual design is very beautiful and stylish, resembling more of a Chinese-style painting than a product of game designers drawing. In addition to the excellent visual component, an excellent soundtrack frames Bladed Fury. Excellent compositions made in the style of traditional Chinese melodies will please your ears.

We suggest you download Bladed Fury mod, which unlocks a special menu that gives you the right to turn on immortality. It is also worth noting that this game is paid in Play Market, but you can use the project free.

As the hero kills and gains souls, she can trade them for either more moves or extra charges for a flask of healing. This element of the role-playing game is very good and always comes in handy, as it perfectly dilutes the constant battles. The girl has two primary weapons: a massive iron sword called the Crimson Mass and a pair of sharper blades. These weapons are great for fighting less significant enemies or even for hitting bosses.

Crimson Mass, on the other hand, is good for killing minor enemies, but it is more suited to those attacks where you encounter super armor enemies. You can see this by displaying a yellow outline around them. A few hits with the Crimson Mass sword will be enough to destroy that armor, leaving them vulnerable again. Crimson Mass can also deflect projectiles, so being on your toes all the time, not relaxing and using the right weapon at the right time is your key to success in this game. 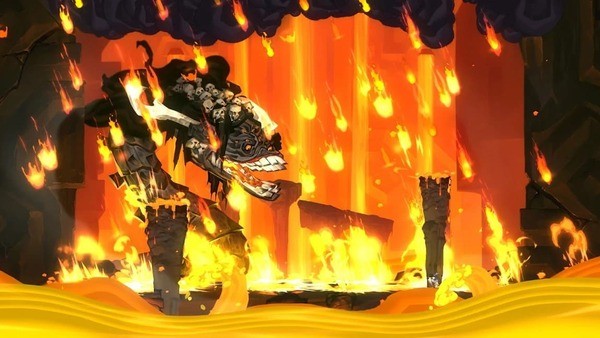 In the course of Bladed Fury, Ji becomes stronger. Her enemies also get stronger and already by the sixth level, the enemies that we initially perceived as bosses in the first stage appear much more often in future and do not pose a big threat.

Bladed Fury turned out to be a good project to keep me occupied for a few evenings. Visually, the game is great, but otherwise it is an ordinary two-dimensional project with Chinese themes, myths and history.