BLEACH Brave Souls is an MMORPG game from KLab developer studio. The application resembles the setting of Bleach original work, but is not so much a linear adventure as a sandbox in a big world. It features several locations that correspond to various chapters of the manga. You gradually develop, complete tasks, level up, and move on. As part of the gameplay, the user controls one of the heroes of the original work, both from the “good” and “bad” side. The collection of heroes includes main and most of the secondary characters in the original work. If you like games with an oriental setting, then we have also prepared Konosuba: Fantastic Days and Soul Land Reloaded.

BLEACH Brave Souls is a classic isometric MMO ARPG. Are you interested? Then read our review to the end.

The narrative of BLEACH Brave Souls begins with protagonist Ichigo Kurosaki. He helps his father and sister in the store, attends school and sports activities. Ichigo differs from his peers in that he sometimes sees the souls of the dead. He does not attach any importance to this until he finds himself in a delicate situation. Ichigo rescues a girl in a strange kimono – Rukia Kuchiki. She tells him that she belongs to Soul Society and is acting as a Shinigami. Fighters like Rukia catch those who, after being reborn, turned into a hungry and vicious monster. She assigns her job to Ichigo and he embarks on Shinigami trail. 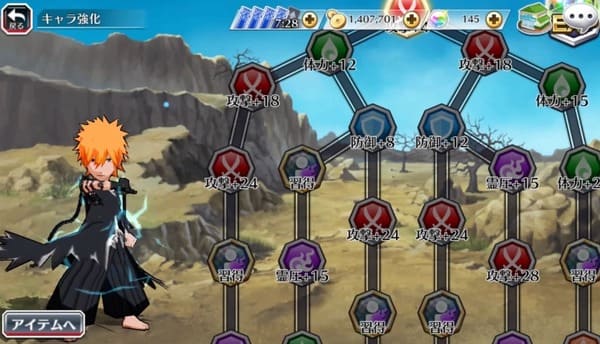 In general, we can say that the developers tried to add an interesting plot taken from the amazing series. If you were once familiar with this story, it will be much more interesting for you than just watching the actions of the players.

A huge world in the beloved Bleach universe

If we forget about the fact that the game has an emphasis on multiplayer, this is a full-fledged isometric ARPG with different characters instead of classes. You start the game as Ichigo Kurosaki. At first, only one skill is available to you, but this will change over time. Defeat monsters with combo strikes and do not let your hero beat you and pick up soul shards. Meet the first boss at the prologue end – Rukia was hunting for him. You will find yourself in an open world after defeating him. Now you can independently take on tasks, destroy monsters on the streets of the city or go to Soul Society. As you complete the task, you unlock active heroes by pumping and purchasing chests.

Interact with other users

Many games of this format do not focus on multiplayer use. Still, BLEACH Brave Souls allows you to choose the direction of development for yourself. If you want to fight with other players in real time, then the actions will take place in a special arena. Don’t forget to form a powerful squad to defeat any opponent. For winning the battle, you will receive skill points, rating and other rewards. Try to go a long way to become a real champion. 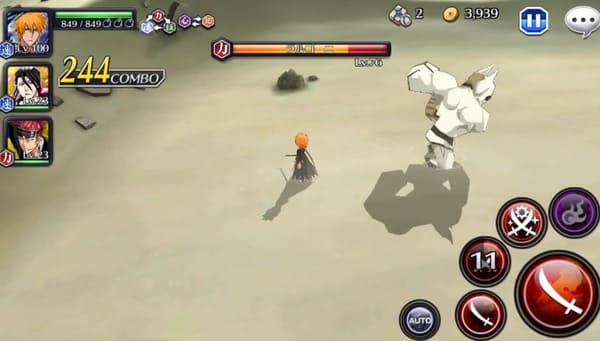 However, you have the ability to join forces with allies. Use this when going on raid bosses. These opponents require a whole group of users, but they can provide impressive rewards. Each location has its own raid boss.

BLEACH Brave Souls features 3D graphics in an anime style. The game is beautiful, but if you do not like the way, the series of the same name is drawn and then the project will hardly be to your taste. The project has translations into many languages, but it is worth noting that the translation into some of them leaves much to be desired.

We invite users to download and install BLEACH Brave Souls with a special mod menu. Here you can set the attack and defense indicators of the characters at your discretion. Moreover, it is possible to take advantage of the possibility of no skill CD and anticheat option.

BLEACH Brave Souls features several locations, between which you can move using a special object. As in any other MMO, here you need to “swing” by killing monsters, improving parameters, as well as their equipment. The main features is setting of the project. The game has its own well-designed world, interesting and multifaceted characters and specific system of abilities. Here you will find a story campaign, hikes behind the heads of raid bosses, joint events and various tasks. 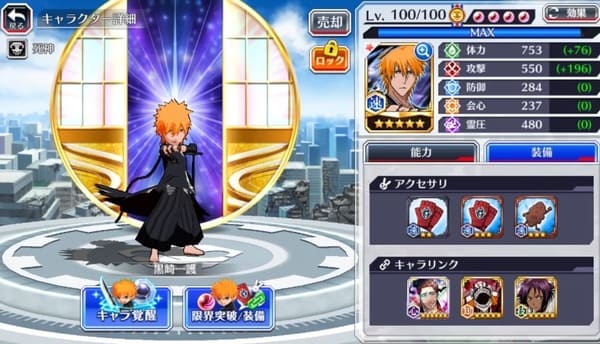 The controls within the gameplay are as simple and beginner-friendly as possible. The game has automatic aiming, so you do not have to aim the character at the enemy yourself. Hero applies most of the skills automatically, as you do not need to choose an angle of attack for them. This greatly simplifies the fight. In order to open all the skills, you need pumping for the character. Accumulate experience for both killing monsters and completing various tasks.

When using BLEACH Brave Souls, you must provide links to heroes. Just link multiple slots by linking characters together. Thanks to this, each of the heroes has bonus cells. The higher you are able to pump the level, the more difficult it will be to pass it. Do not forget to upgrade heroes to increase their characteristics. You have to complete many tasks to get the desired rewards. Now the maximum level is 200, but the developers are constantly adding something new. Please note that the creators have added a Soul Tree to your disposal. This unusual tree combines many characteristics, where various skills and abilities are located.

BLEACH Brave Souls deserves attention. The battles here are dynamic, albeit sometimes monotonous, pumping is not too heavy, but demanding on the user. However, none of this matters, since the game is definitely justified by its setting. There are almost no good franchise projects, so this application is a must-have for all fans of the series.