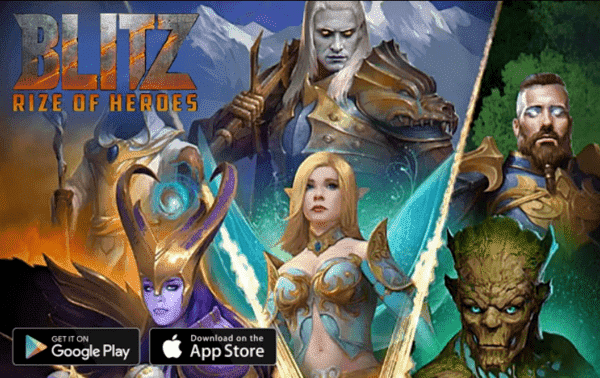 New arena-format RPG mobile project can captivate fan of thoughtful pumping and lovers of battle royale. BLITZ: Rise of Heroes has special arena that captivates gamers from the moment they press Battle button. Memorable dynamic battles become unique and diverse in each of its manifestations. The desire to increase power of your character and reach better level of development has reached new stage with new way of playing offline. Even when player is offline, battle does not end and his character continues to improve the level, gaining experience by winning battles. Developers understand that currently auto battle mode is in great demand among players and paid special attention to its quality. If you like RPG games then download Blade and Soul: Revolution and Lord of Heroes.

BLITZ: Rise of Heroes managed to retain the RPG genre better. It offers players the opportunity to upgrade character even without opening the game! Check out other cool benefits that project offers: 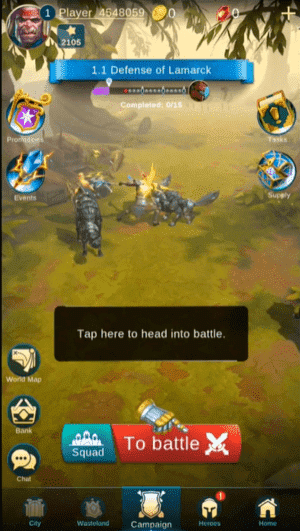 Get a unique ability to develop your character from scratch, train new warriors and improve them further. Upgrade system is really well developed. In terms of the variety of possible development lines, BLITZ: Rise of Heroes can compete with many other PC games in this genre, not inferior to them at all, and even succeeding in something. Rewards for winning are varied and you can get both money for improvements and new fighters.

After assembling the team, you can take part in development of own strategy for playing on battlefield. Over time, each battle adds some complexity, making the process of character competent pumping more in demand. Rewards, in turn, also become higher and more tempting. It is very important to approach squad development with a head, taking into account weaknesses of opponents. This undoubtedly adds interest to the gameplay.

Controls in BLITZ: Rise of Heroes have a classic style for similar games. You can apply ordinary blows in automatic mode, while it is possible to cast skills depending on the situation. Nevertheless, players can easily automata all aspects of battles with no need to participate in the game process directly. Developers provided navigation through the world in form of teleports, which open upon passing the game and defeating bosses. 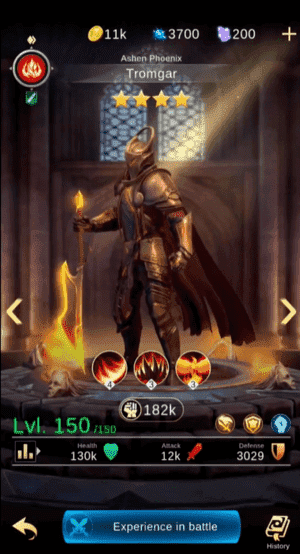 Graphic design does not differ in high-resolution textures, but it boasts good and spectacular combat effects. BLITZ: Rise of Heroes is well optimized and available to play in good FPS even on budget devices. Sound design reminds a fantasy style for better immersion in game atmosphere. We can say that the game composers coped with their task. During tense moments in the battles, you can hear ambient changes to formidable music that can tune you to battle mood. All this cannot but please fans of the genre, since many of them remember their favorite RPG games not for the graphics, but also for soundtrack and gameplay.

For players who do not want to wait a long time for getting result, we provide a mod that allows them to get money necessary for fully character improvement and hiring the best warriors. It is also a good option for players who have achieved great results in honest way if they want to look at other development paths on characters. Our mod for BLITZ: Rise of Heroes allows players to enjoy the gameplay without grinding, immediately receiving everything that he otherwise would have achieved in a long way.

Our team has tested unlimited money mod for BLITZ: Rise of Heroes to confirm its full performance. Indeed, you can get a unique chance to pump you squad faster making it almost invincible. Just follow our simple instructions below to download and install the game correctly. We also want to confirm installation file safety as out team did everything to check APK file with several antivirus apps. There are no malwares or other harmful files within our modified solution. Just download and enjoy. 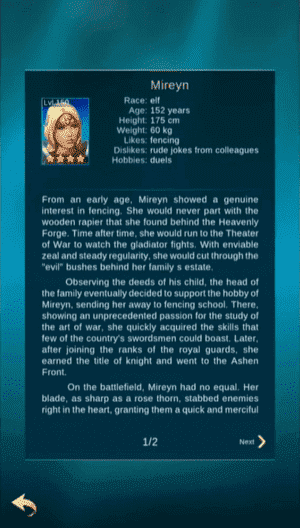 BLITZ: Rise of Heroes gameplay is standard for RPG games with several interesting above-mentioned features. In general, it is quite interesting to increase your level, upgrade your character and ultimately defeat more and more powerful and dangerous bosses. With help of various ways for improvement, game can please with its replayability. However, often players become fans of their characters and want to improve it. No matter what type of player you are, you will surely enjoy the varied gameplay of this cool game.

Recently, gaming industry has not boasted a variety of classic RPG games. The developers of BLITZ: Rise of Heroes have tried to please fan desires and have added many different game features, such as automatic play and advanced upgrade system. They focused on a wide audience, so players will be able to find something special easily.

How to Install BLITZ: Rise of Heroes Mod?

Don’t forget to delete original BLITZ: Rise of Heroes before installing our modified version to prevent errors during installation process.