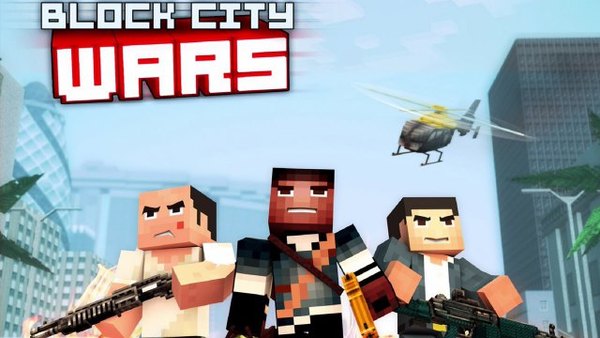 Block City Wars is a unique mixture of GTA and Minecraft games. Create your own unique character and send him to the vast expanses of locations full of continuous and dangerous battles. There is no single-player campaign, as the entire gameplay focuses on multiplayer. Participate in short team battles and shootouts in death match mode. Please also check out Block Craft 3D.

D-Games Apps released Block City Wars in 2015. During its existence, game collected over 10 million downloads with 4.1/5 average rating. Players who have access to project must be over 7 years old.

From the very beginning, Block City Wars invites the player to choose parameters of hero appearance to identify in multiplayer mode. However, you can make some changes to your look along the way. By creating a character, you almost immediately have to engage in battle with bandits and criminals. Just imagine, no one in the city risks leaving the house without a weapon. You can get a bullet at any moment. Even small pets strive to attack your hero, so always be on the alert. Defend against any in-game threats, as well as attack in order to exclude receiving damage. Experienced gamers don’t advise to attack the police, otherwise you may die in second meeting with them. Police officers have a good memory. 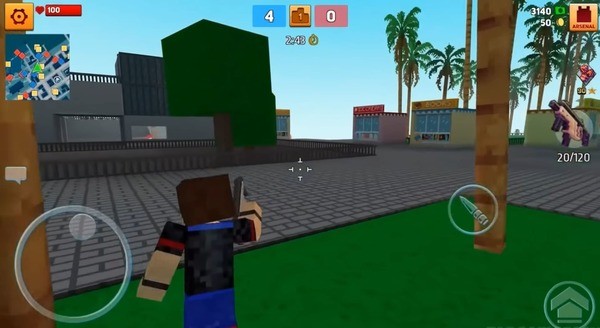 In order to feel not defenseless in Block City Wars, developers provided players with opportunity to get more than a hundred types of weapons. Initially, you can arm yourself only with simple weapons, but completing some missions can bring you cooler guns. Buy, find or take away weapons if you have enough strength and stamina. In addition to weapons, you can ride about 30 types of vehicles in chases and shootouts, as well as in order to stay alive in the bloodiest battles. Drive a motorcycle or hijack a helicopter, steal tank by killing its driver and be careful even when selecting a vehicle.

Block City Wars features several modes to choose. Fight in usual quick match or try your hand at tank battles, street races or royal battle. All you need is to defeat your opponent or complete a tactical task. The game features different online arenas designed like Counter Strike. Unlike many online action games where cheaters and top players knock out newcomers in first seconds of match, even the most inexperienced player has a chance of winning here.

The graphics in Block City Wars feature pixel style, but overall design still has the highest quality. Developers tried their best to create every object in the game with great love and trepidation. The graphic component combines familiar Minecraft blocks along with 3D elements, cool special effects and fluidity. Game sounds are crisp and rich. Moreover, you can hear pleasant music that corresponds to everything that happening on the screen. 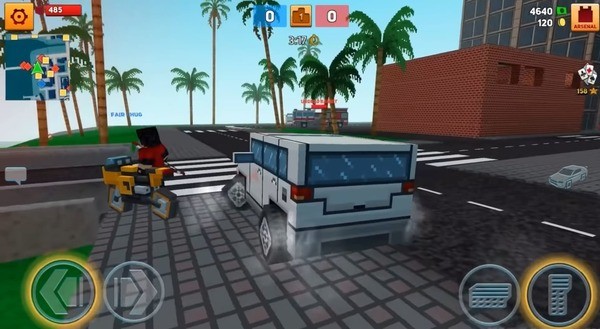 Our team offer you to download Block City Wars with unlimited money feature. Use our mod to purchase any inventory and weapons for your hero to make the gameplay not only easier, but also more interesting.

Unlimited money mod for Block City Wars functions and works stably. By installing modified version, you get an unlimited amount of resources on your account. Spend them exclusively on your character and buy him new clothes and weapons. Read our instructions below to install the game and take full advantage of above-mentioned features. In this case, you won’t have problems during game installation on your Android device.

The gameplay of Block City Wars is generally similar to most other online action games. Participate in short and dynamic gunfights using vehicles and variety of weapons between two teams with a random composition. Each gamer controls his own character. It is possible to customize and equip him with more advanced armor and powerful weapons. However, you need to make purchases directly before battle, since only ammo and first aid kits are available during session. Use dollars and gold coins in order to improve your hero ammunition. 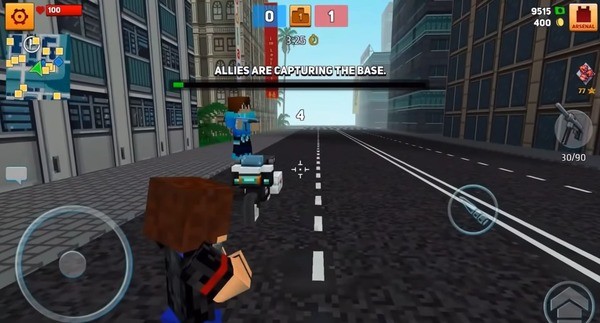 Gameplay controls are also not much different from other third-person shooters. Left screen side contains a virtual joystick responsible for character movements. Right screen side provides players with shoot and jump keys while controlling the hero and gas/brake buttons while driving a car. In order to get into the car, you need to walk up to it and tap on the vehicle with your finger. In addition, the game screen displays a character status window with health points, weapon clip indicator of and mini-map for navigating the city. Moreover, you can even find tactical missions and events occurring during the battle on the left side. Carefully read the briefing while choosing the game mode, as it may describe some tasks.

Block City Wars is a great way to entertain yourself. The game does not require too much attention and time. It is open to beginners and great for playing with friends.