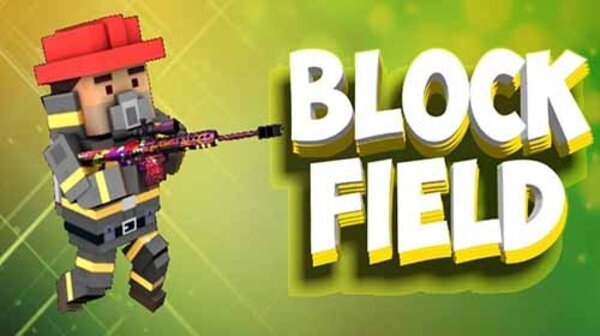 Blockfield is a pixel art shooter. Participate in intense online battles, challenging gamers from all over the world. Among the advantages of the project: a large open world, many different modes, as well as nice graphics in style of Minecraft. Here each player will be able to choose the most suitable mode. Enjoy team or melee combat, arms race and AWP-mode, where all characters die from one shot. Decide which type of battle is more preferable for you, customize the controls and go into battle to demonstrate your skills, achieve glory and earn fame for yourself. The control system is very simple. Virtual joystick on the left to move your character and action buttons on the right, such as aiming, shooting, reloading and controlling the camera. A wide variety of game modes, an extensive selection of weapons and locations will not let you get bored for many hours. Download also MaskGun: Multiplayer FPS and Crossy Road.

If you are interested in this kind of gameplay, check out our in-depth Blockfield review.

Perhaps the main advantage of Blockfield is the presence of several modes at once, where each player can find something interesting for himself. Let’s take a closer look at them:

A huge number of weapons

Arsenal in Blockfield is not inferior to the top projects on consoles and personal computers. Here you can use both a variety of pistols and powerful sniper rifles. Each weapon has its own characteristics subdivided into damage, accuracy, range, magazine capacity, and rate of fire. At the same time, purchase weapons not during battles, as was the case in CS 1.6, but in advance. Otherwise, you will not get access to these guns, which can significantly affect your effectiveness in battle. The arsenal is subdivided into pistols, shotguns, assault rifles, sniper rifles, machine guns, and knives. A standard set, but there are many types of weapons.

The mechanics of Blockfield itself will not be a revelation for first-person shooter fans. The one who runs quickly, shoots accurately and makes important, lightning-fast decisions based on the situation, will achieve victory and success. We recommend grabbing the appearing boosters, first-aid kits and ammunition, coins and chests in time. While running through the labyrinths and location rooms, you can enter any room, climb stairs, use ropes, elevators, various vehicles and even teleport. Aim and shoot opponents in the head to kill the enemy with one shot. The battles take place in the ruins of cities, steppes and forests, inside complexes and bunkers. You can fight both with bots of customizable difficulty and with online users from all over the world. 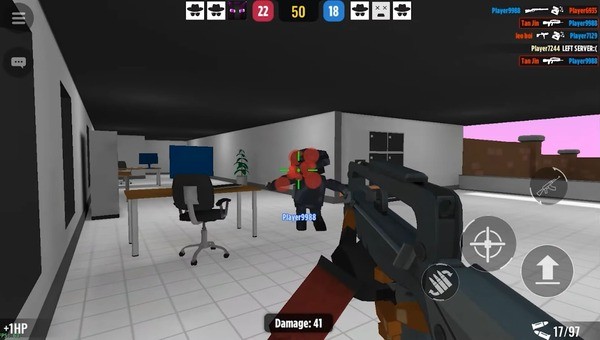 Pixel graphics is the main feature of the application, but this does not degrade the game quality. On the contrary, it gives a corporate identity and a special atmosphere. Moreover, each weapon has its own sound of a shot. At the same time, you must carefully listen to where his opponents are in order to survive.

It will take hours of hard training to be successful at Blockfield. However, there is a faster and easier way. You can download a mod for god mode, which allows you to kill enemies without any effort. In addition, the mod also has a built-in Wall Hack, which helps to track opponents through walls.

Blockfield is a great shooter game that contains many interesting modes that will appeal to different players. Take part in real-time battles against opponents to become a winner and get good prizes for it. Choose a personal character for yourself, improve it and acquire the necessary clothes and weapons to finish the fights faster with victory.

The game provides 12 maps, where you can choose the most original and interesting for yourself. Choose the right weapon for yourself from a whole list. Chat with your friends to join forces and go to the next fights together. It depends only on you which way the character will go to victory and what to do to left enemies behind. Customize the controls on your own, make it so that afterwards it is convenient to play with your character. Blockfield is a very easy-to-use game, and it is energy efficient. Good graphics and constant updates cannot but delight gamers who have long made their choice and participate in constant festive events.

Blockfield is an interesting game that allows any player to have fun with pleasure. Prove to everyone that you are the best fighter and take the top lines of the world ranking, destroying everyone who dares to challenge you.