Blockman GO is a stunning pixelated Minecraft-style game that is the most important creation of the developers from Blockman GO Studio. Create funny character with a very square shape and then choose one of 43 mini-games with completely different gameplay to join other users. You can take part in team battles and races or immerse yourself in sandbox construction. Dozens of other projects await you.

You can launch each such game directly from the application, so there is no need to download anything additionally. In addition, the application offers you the opportunity to create a single avatar for every project. Customize its appearance so that your comrades can always find you in battle thick. If you are interested in similar projects, then we have prepared MultiCraft – Build and Mine for you!

This simple yet entertaining project has already won a huge following and has exceeded 50 million downloads.

Since there 43 mini-games in Blockman GO, it is impossible to talk about all of them. We offer you to study them on your own, but here are some of the most popular representatives, where most gamers are located: 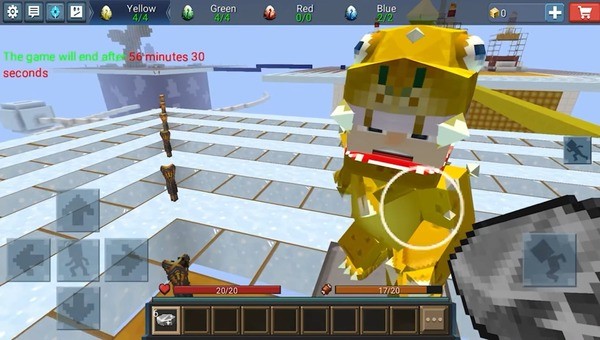 Each mode has its own rules, read them carefully before entering Blockman GO server. A huge selection of actions is available to users: collecting resources, destroying aliens, building and racing, capturing the flag, mining, PvP battles and much more! Many modes are team-based, so you have to interact with other participants to help each other. You can communicate via chat. The clan system allows you to gather a large number of like-minded people. Winning together is much easier than alone!

We recommend paying attention to the general scheme of skins decoration (you might be surprised, but they have 4-D space mode). This approach enables players to choose various options for jewelry and give them a perfect style and appearance. Jewelry is magnificent and extremely simple, which gives it a perfect appearance, allowing you to show off completely original designs.

Blockman GO has a variety of clothes, shoes, hairstyles, facial expressions and hair colors, but not all of them are available on the base account. To expand your customization options, you need to purchase a premium account. In addition, it provides benefits such as a special character badge, discounts in in-game stores, and increased rewards.

We would also like to note that the game has built-in chat system, which can help you to avoid boredom even when playing solo. However, the chat system is limited to one game, so creators also added clans. Thanks to the clan system, the players and the project have a competitive potential, because everyone wants to see own clan on the first lines of national tops. The launcher allows you to invite your friends to Blockman GO community, after which you can constantly monitor their statistics. 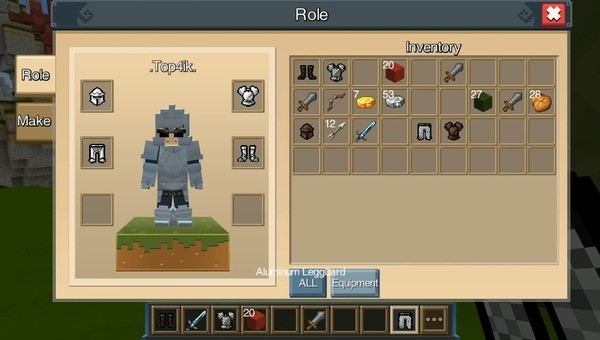 Blockman GO has its own distinctive pixel-themed visual style. This solution looks not only interesting, but also practical. Undemanding graphics allow you to run the application without any problems, even on a relatively medium device.

Extending Blockman GO’s capabilities is easy with a premium account. It provides several benefits, such as discounts in game store, as well as increased reward. Unfortunately, premium is paid. However, we offer you to download the game with a mod for unlimited coins to make it even more interesting and enjoyable to play.

First, Blockman GO asks you to indicate your gender, age, and most importantly, come up with a nickname. Additionally, you can change your avatar and write a status in your personal profile. When filling out all the information in the profile, the player receives several crystals (a rare valuable currency). Then you can create a character by choosing the available appearance elements. 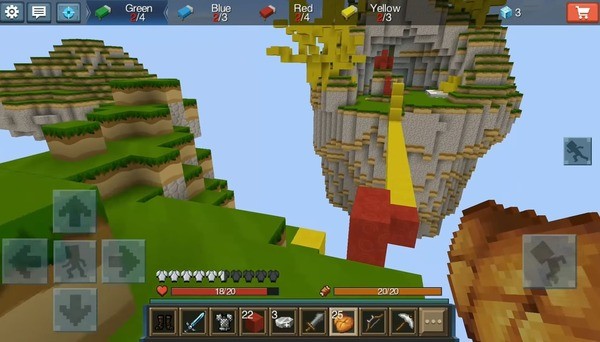 There are several main interface tabs in total:

If we talk about the Blockman GO mini-games themselves, by choosing any of them, you can:

This list is far from complete. The range of games offered by the developers is very extensive and constantly gets new updates. You can always find here what you would like to do. Each playthrough brings coins and various bonuses that you can spend on buying various things in game stores.

Try to log into the game every day to collect gifts. It number is gradually increasing. Get 100 coins on the first day, 150 on the second and receive the main gift after a week of everyday logging in.

Collection of mini-games within one application distinguishes among its counterparts with a wide variety of available modes for playing. Here you can fight other players, build, grow gardens and much more – whatever you want. Such a wide selection was the main reason that people who had already downloaded Blockman GO left many positive reviews about it.

How to Install Blockman GO Mod?