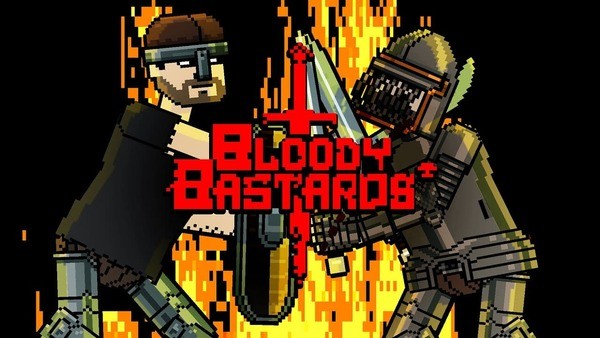 Recently, Action games category in Play Store has received new interesting game in collection that corresponds to the chosen genre. Bloody Bastards appeared on the Internet quite recently, but many players have already managed to install new Tibith project. It offers players to fight an epic medieval arena against other participants. Main feature of the application is the unique control that defies the laws of physics at all. Therefore, you can not only try yourself in a medieval fighting game, but also have fun watching movements of battle participants. Check out other fun apps as well, such as Fury Survivor: Pixel Z and MECHA.

Bloody Bastards is a simple yet detailed game that has become a hit among pixel art lovers. Many commentators note the uniqueness of the project due to completely atypical physics. Now the project has more than a million Play Store downloads and fifty thousand reviews with overall rating of 4.2 points. The app is gradually rising to the top of action games.

Perhaps the most important feature of Bloody Bastards is realistic physics that allows you to enjoy the fight fully. The controls in the game are very different from typical fighting games: each side of the screen is left or right hand of the protagonist. The character does not move, as this function is available only when the enemy is approaching. Therefore, each of the hands strikes or defends during the fight. The game uniqueness comes down to the movements of protagonist and his opponent: both move to beat of their hands and strike randomly. 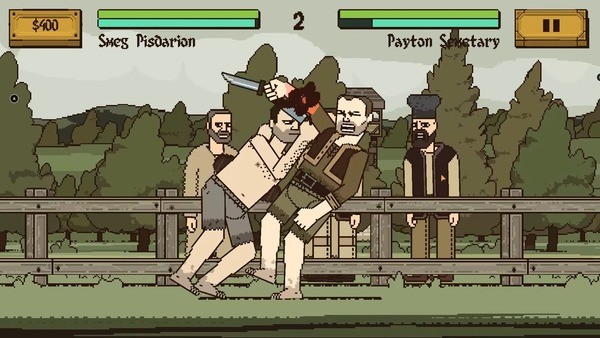 Times of the middle ages

The arena is located in each of the cities that exist in the Middle Ages. This can be seen both in the clothes of inhabitants and in the buildings. Such battles took place Middle Ages and Bloody Bastards will help you to plunge into this unique atmosphere.

The main menu contains the “Hero” tab, where players can create his own unique character image. You will be able to change gender, set a certain weight and height, change skin color, eyes, lips and add facial hair.

Each battle brings the hero a whole mountain of gold coins that you can spend on improving equipment. Replace a dagger with an ax or sword and buy thick clothing or armor, metal helmet and durable shoes. All this is available in the “Equipment” section. 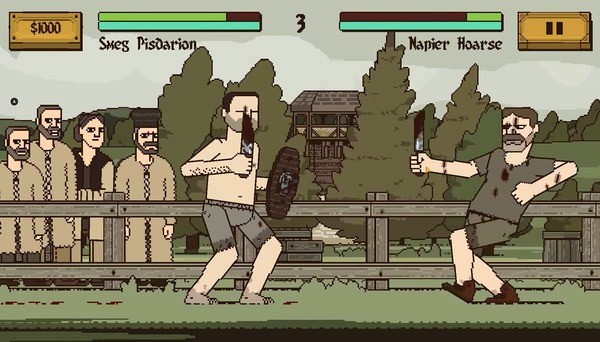 You have to go through level after level, following a specific map of the settlements. The main location changes if the main character was able to defeat all the presented opponents in a certain settlement. Each of them contains about ten levels of varying difficulty. In total, Bloody Bastards provides the player with more than five hundred levels.

Your enemy changes with each level, as does his equipment and weapons. Therefore, each level is unique: both weak and strong enemies may be available to desperate fight. That is why you should immediately stock up on quality equipment and a sharpened blade.

Bloody Bastards is a pixel art game that creates a special charm. Many of hero’s actions look quite realistic, thanks to shaking hands, ridiculous steps and body twists. Find yourself in dark times of the Middle Ages, which you can judge by the simple clothes of the villagers and poor quality of the buildings. Hear the growing music characteristic of the given time as a musical accompaniment in the main menu. All soundtrack dies down, allowing the sounds characteristic of the battle to dominate this period.

Bloody Bastards are rightfully considered one of the most difficult action games: battles last from 20 seconds to 10 minutes. After all, physics plays an important role here, which applies to all actions of two fighting opponents. You need to either buy the best equipment and weapons or hope for a fight with a stupid opponent. Get the opportunity to install Bloody Bastards with a built-in mod that allows you to get unlimited number of gold coins to buy equipment. Therefore, each subsequent battle will be much simpler, because you will deal with opponents with ease. Please read our instructions below carefully to install the mod correctly! 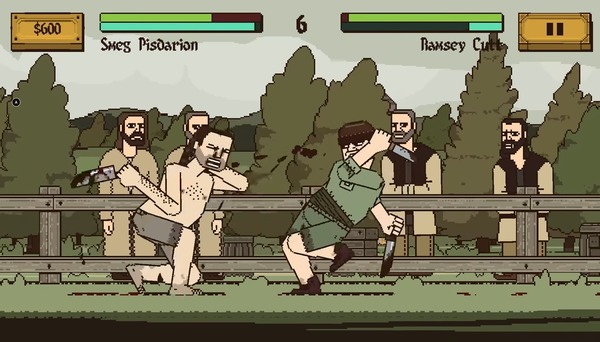 After launching the game, player needs to select the location where the battle will take place. Choose from distant or near settlements, cities and individual villages. Moreover, you have to select the appropriate level. Each battle includes two opponents, one of whom is the main character. It is quite simple to operate it. Left joystick is responsible for the left hand, while the right joystick is responsible for the right. All you need to do is to maintain a balance using these two hands and defeat the enemy in the medieval arena.

Bloody Bastards is one of the more interesting games that touch upon the Middle Ages. You have to become a real fighter in this application. Defeat all opponents, while not forgetting to buy high-quality equipment and upgrade own fighter.