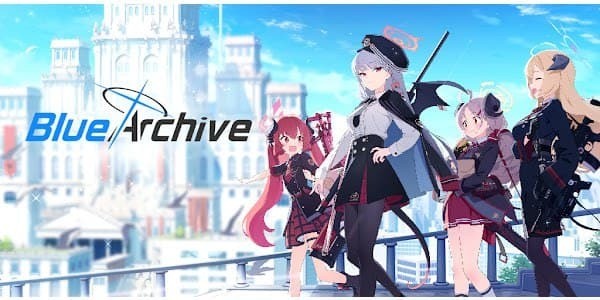 Blue Archive is an action-adventure RPG with anime-style action and tactics. The girls from the Federal Investigation Club, who are directly under your command, take part in the battles. Management decides to appoint you to the position of the chief investigator. You have to protect the population in academic town of Kivotos, where something constantly happens. The endless incidents of this seemingly calm city have led to the organization of a group of fighters with unique skills. To win, use not only the power, dexterity and outstanding skills of your allies, but also the relief of the surrounding area, as well as various objects and buildings. The impressive stories of heroes will make you empathize with the characters and get to know them better, living the lives of completely different people. There are colorful battles and huge arsenal of weapons. Enjoy the opportunity to improve combat skills that help bring peace to the settlement, which together will make you not be distracted from what is happening on the screen. Don’t forget to also download The Elder Scrolls: Blades and SLIME – ISEKAI Memories.

Blue Archive is gaining popularity, but you should carefully read our review to understand the whole essence of the game.

The gameplay of Blue Archive focuses on the creation of a battle group of princesses who fight for you. Moreover, you take care of improving their equipment, skills and themselves. As their “lord”, you also gain experience and level up, complete quests and gradually explore the world, learning more and more about it and your heroes. You will also learn more about your past, which, of course, you lost your memory after you got into this world. 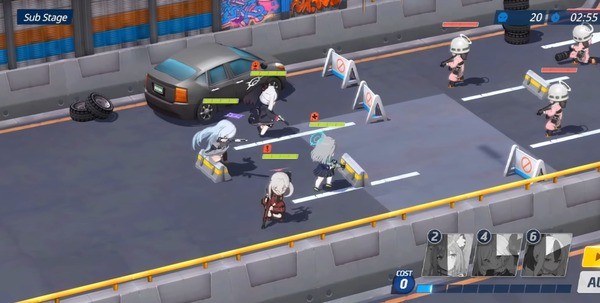 Your princesses fight for the most part in automatic mode in the story-driven gameplay. It allows you to spend time, for example, watching a boring movie or on a trip. You have to activate special skills in time.

Before us is a mobile F2P game in which you, with the help of gacha (as in Genshin Impact), collect bright characters and waifu. Go through a great anime-style story with them and enjoy the positive atmosphere. According to Blue Archive, there is an anime of the same name, and the game itself is famous only in Asia, but is now available in English for the whole world.

The situation with banditry has sharply deteriorated in a huge school metropolis. It got to the point that a significant part of the younger generation began to be afraid to walk in local territories. A federal council departed to address the acute problem. The result of the discussion was the decision to create a detachment of high school girls who are ready to fight insolent armed criminals. You act as a teacher. He recruits the best characters into the team, trains them and teaches them how to use high-tech weapons. It is also important to develop tactics of behavior in various conditions. Upgrade the skill of quickly changing the starting lineup of fighters, if necessary.

As you progress through main campaign in Blue Archive, you will unlock more opportunities and watch new anime stories. The have the style of visual novels with full voice acting and sometimes colorful video.

Over time, you will learn all the strengths and weaknesses of your heroes to make it easier to progress and kick bosses. If you like PvP, then you can fight in the Battle Arena (5×5 PvP) or Princess Arena (15v15 PvP). By the way, battles on arena provide players with good bonuses and crystals. The game also has an advanced system of guilds and clan battles. 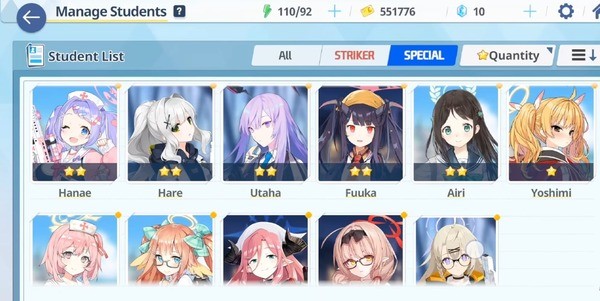 The most professional artists worked on the graphic component of the Blue Archive. If you run the game, make sure of this. The game features the best traditions of anime. If you are attracted to this topic, the project will impress you very much.

Different characters inflict different damage. Some heroes are strong, while others, on the contrary, are rather weak. Because of this, users can be defeated and fail to fulfill their mission. To make it easier for you, we suggest downloading Blue Archive mod for god mode. You will also have the opportunity to choose the attack and defense indicators at your discretion.

Collecting all kinds of things is an integral part of life for many of us. Most of all, the population of Japan is addicted to this, which happily uses gacha machines. In return, a person has a chance to get a capsule with a toy or, in other words, gashapon. These toys are not simple, sometimes even gold. These are action figures from anime, manga or video games. You can buy a whole collection at once, but there will definitely not be rare gashapon. The whole point of such collections is in the “blind” purchase.

Despite the fact that Japan is most sick with collecting gacha, the whole world decided not to stand aside and even a genre of gacha games appeared. As you might guess, players collect characters, weapons and other items in them. The higher the rarity of such an item, the greater its damage or armor. Blue Archive is one of these games. 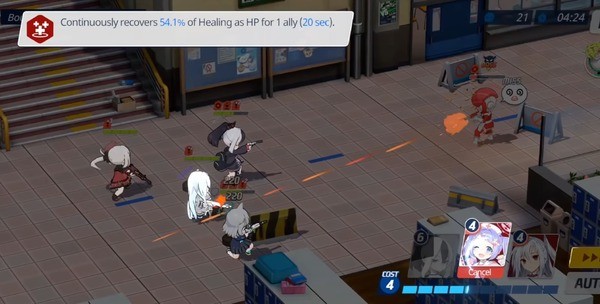 The gameplay is divided into short battles, between which you can upgrade existing wards and unlock new ones. The detachment has to cleanup small sections of the city from several groups of villains in black clothes. At the start, there are few warlike beauties available and the antagonists are rather weak at first. Later, you open up access to stronger and more talented heroes, but it is important to apply their abilities in a collision with a strong enemy. In the course of the battle, not all soldiers are constantly active. After several maneuvers, someone loses activity and can continue the battle only after a while. When combining forces, one must take into account the periodic detachment of the characters.

We advise you to download and enjoy the whole atmosphere of Blue Archive, because here you will find an extremely exciting role-playing adventure.