Boxing Star is a sports simulator where only one skill is required from you globally – to enter the ring and fight. Get started with a detailed tutorial to get you up to speed. Learn how hook, jab and uppercut to crush all of your opponents. Dodge enemy attacks in time to hold out in battle as long as possible. Carry out a combined attack and turn your fight into a real work of art. Complete an exciting storyline campaign and win the belt of the undisputed champion. Go online and beat real players from all over the world. Fly like a butterfly and sting like a bee in Boxing Star. If you love sports games on Android, then our team has also prepared Football Strike and World Cricket Championship 3.

Boxing Star has long become a classic among Android games. It has more than 10 million downloads only from official sources. Find out more about this app from our review.

Check out the interesting plot

It has long become fashionable among developers to make the first task in the game a kind of mission that shows the best gameplay moments. Boxing Star immediately immerses player in the fight for the champion title, controlling the star of world boxing. In this short and simple duel, the game quickly shows us the basic controls. You quickly knock out your opponent and deservedly celebrate the victory. After that, you find yourself in a small and cheap apartment, where your hero trains with a punching bag. At this moment, someone rings the doorbell, and your journey to the sports Olympus begins. 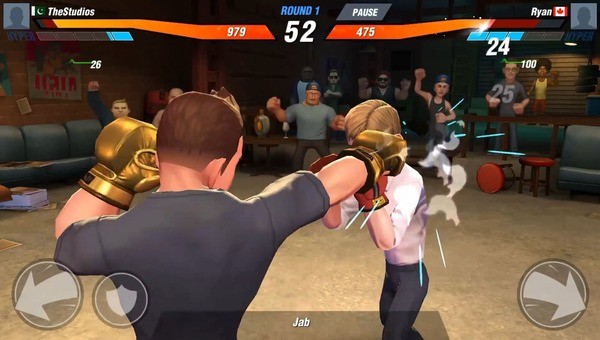 As you progress through the story missions, you become more powerful. Moreover, your arsenal of attacks becomes more diverse. Boxing Star also has a training room where your ward can hone his skills and learn new strokes. All this can undoubtedly help you in battle. Initially, the battles are not very spectacular. Same type of blows and slow hero speed may get you bored. However, over time, it becomes more interesting to play, since the fighter skills only grow. The coolest is the combination of blows. It is quite difficult to execute them, but the effect is amazing. In addition, the combo looks very cool in a dynamic fight with an opponent.

Beating the first three opponents in Boxing Star gives you access to League mode. Here you can just fight, earning yourself a rating. It displays as a large number next to the asterisk for your hero. The more victories, the higher the rating. To find an opponent, you have to spend one token. To earn extra money, you can place bets on your own battles. The conditions are simple – just win at all or a certain round. Get packs for victories and other achievements. However, its opening takes some time.

In addition to an interesting plot and a good online mode, the developers have implemented many interesting events in Boxing Star. You can easily participate in daily and weekly competitions. By taking part, you can receive a unique reward that you cannot obtain in a regular game. The missions are quite difficult to complete, but the bonuses are definitely worth considering. Don’t miss any of the events and try to meet all the necessary conditions to receive prizes!

Boxing Star can please the gamer with quite high-quality graphics. All the character models have good rendering while all hitting animations are very realistic. During your battles, you can also hear roar of fans, sounds of the gong, hints from the coach and sounds of the strikes on you and your opponent. Separately, it should be noted also cool physics, which is simply a necessary property for a game about boxing. 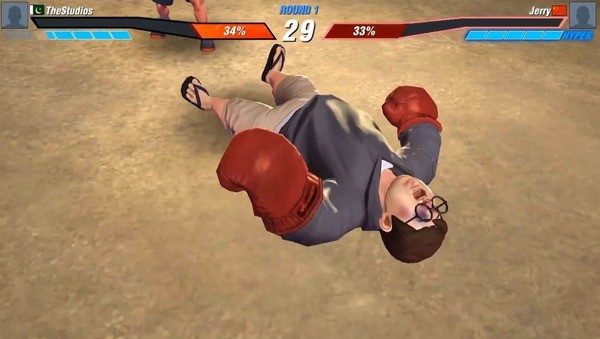 Our team offers you to download a mod that can increase damage and defense parameters of your fighter. You can adjust performance indicators on you own – from 1 to 1000.

We confirm that Boxing Star provides increased damage and greater defense for the main hero. After downloading the game, you can find special menu to configure the required attack and defense indicators of your boxer. Enter a number from 1 to 1000 – it’s an attack and defense parameter that your fighter has. Now you don’t have to torment the hero with exhausting training to achieve results. This feature is especially useful if you cannot beat your opponent for a very long time. Note that this mod doesn’t work online.

The creators give a choice of only three types of characters for further use. Boxing Star has a simple interface. Tips from the manager Emma can quickly bring you up to date. As you progress through the fights, the character increases his rank. There are four leagues in the game, which become available after completing a fight in Fashion League. 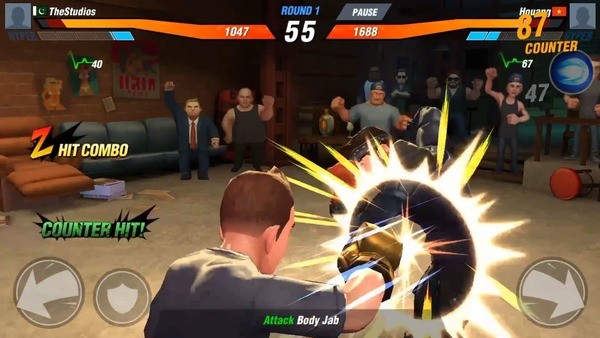 This league allows you to fight with other players from all over the world. Winning such competitions brings new items and money to the hero’s piggy bank. Boxing Star chooses enemies in this mode randomly, but they have the same level as yours. You can involve sponsors to increase capital in the game. Popular bonuses include blow amplifiers, tricks and defensive combinations.

Boxing Star is an interesting sports game that has not only a twisted plot, but also a varied online mode. The game is perfect for those who want to kill some time on a trip or while waiting for something.

How to Install Boxing Star Mod?

Don’t forget to delete the original version of Boxing Star before installing our modified version to prevent errors during installation process.