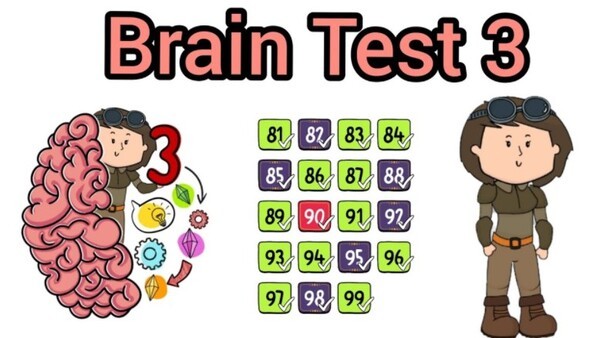 Brain Test 3: Tricky Quests is another part of the popular franchise that combines all the most popular types of logic puzzles, puzzles and board games. Like the previous parts, Unico Studio is responsible for the development of the application. Another portion of puzzles with simple interactive controls will allow you to plunge into the world of mysteries and quickly figure out the nuances of the gameplay. Be smart, analyze the situation and look at the picture from a different angle to find a solution. We warn you right away, not all riddles are subject to logical explanation. Sometimes the correct answer may be somewhere nearby, even if it is inadequate. Several hundred levels, unforgettable tasks and tense convolutions are provided for you. For fans of quests and puzzles, we also offer download and.

Tens of millions of downloads worldwide and a huge fan base were key factors that gave Brain Test 3: Tricky Quests the green light. We invite you to familiarize yourself with the key changes in the gameplay. 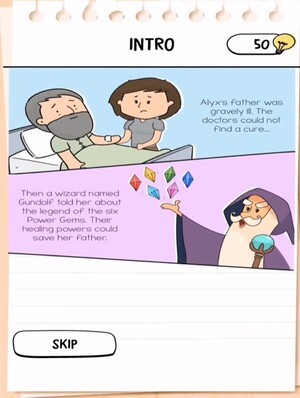 If the previous parts of the franchise were devoted to the adventures of completely different heroes with no relation to each other, then this time you will find a full-fledged plot. The plot is as follows. You play as a sweet girl whose father is very sick. Medicines do not help, and doctors throw up their hands. Then the magician Gundolf appears out of nowhere and declares that the girl’s father needs the help of six stones of power. They are scattered all over the world and some of their owners are clearly not in the mood to give stones away for no reason. Embark on an exciting journey around the world and help the girl’s father regain his health. Complete hundreds of exciting levels and discover the real power of magical gems.

Again, Brain Test 3: Tricky Quests has raised the bar for completing quests. Some tasks are so difficult that already at the first ten levels it will be difficult without prompts. This time, the developers suggested going the other way. Instead of explicitly solving the puzzle, they offered four types of hints. Their value varies depending on the value of the information presented in it.

For example, at one of the levels you need to open a door. There are symbols on the door. In addition, the girl must also find a lever that can open the door. If before, you could click on the hint button and get a solution, now everything has changed. Depending on your intuition and the presence of in-game currency, you can choose one of the tips, which will either fully reveal all the cards, or just give you an idea. Returning to the example, the clues presented can tell you where the lever is. Find out in what order you need to place the figures on the door and so on.

Another distinctive feature of Brain Test 3: Tricky Quests is improved interactivity. Levels now consist of several locations, but now the main character has his own inventory. Passing a level requires not only a few swipes, but also a full-fledged search for items at the level. Look for the constituent components, combine them according to their intended purpose and use them to solve the puzzle. 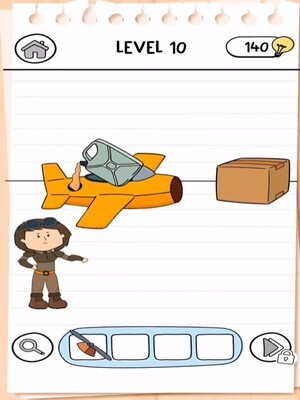 You will need to go through a burglar on one of the levels, who is not so easy to distract. To do this, you need to collect a slingshot at several locations with the help of improvised items. Then find a stone and shoot at the enemy. Moreover, you need to shoot not in the head, but in the lamp above it. Let’s assume we’ve saved you a few tips already.

Chat with other characters

Brain Test 3: Tricky Quests is such a diverse game that it even has RPG elements. In some moments, you have to go through levels completely devoted to communicating with other characters. Each of your replicas will have several content options. In other words, the dialogue can be extremely variable. Moreover, not always the correct combination of remarks can provide you with the level passage. Experiment, flirt, threaten and do whatever is necessary to save your father from imminent fate.

As before, the entire graphical component of Brain Test 3 is represented by drawn animation. In sum, the game looks like a real cartoon. In the background, you can hear light, unobtrusive music. You should not expect additional concentration from her, but she will not be distracting either. 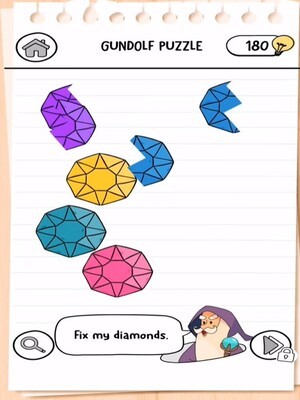 The developers try to do everything possible to make the tasks as interesting as possible and at the same time difficult. However, sometimes they go too far, leaving the players at the bottom. The number of hints is limited, which affects not only the progress, but also the quality of the gameplay. We suggest you download Brain Test 3: Tricky Quests Mod APK with unlimited tips and the possibility of free purchases for real money. Now it will not be difficult for you to go through the next puzzle and move further along the fascinating plot.

If you were looking for an application that will allow you not only to pass the time, but also to pump up your mental activity a little, then Brain Test 3 will suit you just fine. Although Unico Studio did not discover America with its brainchild, it contributed to the development of the genre. Convenient management, interesting levels, localization are the key advantages of this project. Certain levels will get you thinking hard to find an obvious answer. On the other hand, players can fully pump their intelligence and have fun solving the assigned tasks.