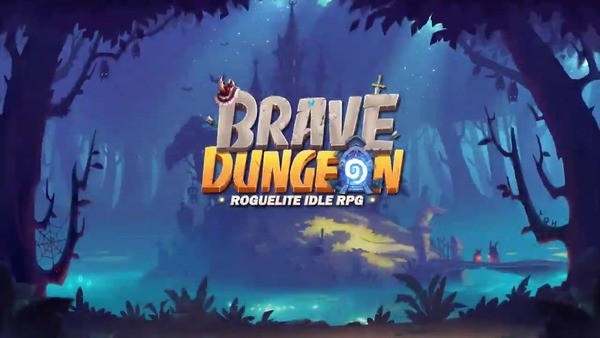 Brave Dungeon: Immortal Legend is a fantasy RPG from developers of Unlock Game. Game, released in summer 2020, quickly gained popularity around the world and currently has millions of installations. Fight in exciting auto battles against various monsters, collect rewards and attack bosses. There is an opportunity to challenge players online by entering PvP arena. Explore more than 500 locations and attack all enemies on your way. Expand your collection of characters from four classes and six factions. As expected, each hero has his own special properties, as well as special skills. Join a dangerous adventure and become the strongest player! Among other similar apps, we recommend you Darkness Rises and Arcana Tactics.

Project has a high rating in official sources – 4.5 points. Find out what is the reason for such an assessment.

Perhaps the main feature of Brave Dungeon: Immortal Legend is its automatic battle mode. After you attack enemies, battles take place on its own. On the one hand, it is very convenient, because you do not need to follow all the nuances and puzzle over how best to proceed. On the other hand, those who are used to doing everything themselves may not like this combat system. However, the fact remains – you can join the battle and leave for your business. Each unit on the battlefield takes turns. Each hero and mob has a certain amount of life energy. The team whose heroes survive at the end of the battle wins. By the way, you can quite afford to lose your character during the battle. Every player puts up four heroes, but it is important to have at least one alive in the end. Dead units revive at the end of duel.

Get collection of unique characters

Initially, you have only one hero available in Brave Dungeon: Immortal Legend – the swordsman. He is quite weak and only hits with a sword. However, almost after the very first battle, you can get another character and then another and so on. All heroes are divided into four classes. There are both melee characters and shooters here. As a rule, shooters have higher damage, but such heroes come across less often and they also have less vitality. In addition to humans, you can meet amazing creatures. For example, a huge tree. However, such an approach cannot particularly affect his fighting qualities. There are more than 200 heroes in total.

Challenge players from all over the world

The main storyline of Brave Dungeon: Immortal Legend takes place in single player mode. You explore locations, look for new heroes, and clear the lands from enemies. However, the developers have taken care of multiplayer as well. It focuses on the arena battles. Choose the strongest characters in your collection and put them into battle against your friend or random player. Next, an automatic battle begins, so the most important thing for you is to choose the right composition of your team. After that, helping your fighters will already be problematic.

When you go through a sufficient number of normal battles, a powerful boss comes out to meet the user. As a rule, he has much more lives than normal mobs. In addition, the boss usually does not live alone – he has several henchmen. Therefore, you need to deal not only with the leader, but also with ordinary mobs. It is difficult to do this, but the reward is more than worthy. Such battles can bring you valuable resources and excellent equipment.

Brave Dungeon: Immortal Legend features in three-dimensional graphics with many striking effects. You can see them during epic battles, when hero uses a special skill. However, sound in the game leaves much to be desired. There is practically no soundtrack, while available melodies sound rather bad.

We bring to your attention a high damage mod. You can kill enemies with one blow and end all battles in your favor.

Our team tested the functionality of high damage mod for Brave Dungeon: Immortal Legend. Please note that mod will not work in arena where you are fighting in multiplayer mode. It is only active for solo playthroughs. Our solution is very useful for numerous battles with mobs, because it allows you to take possession of their treasures without much difficulty. All you need is to use the presented version of the game by downloading and installing it on your Android device. Installation file cannot cause problems, as everything is safe and works perfectly.

As you progress through the game, you explore numerous locations. There are more than five hundred of them in the project. Most of them are dungeons, and we cannot say that locations are too different from each other. In addition, sometimes you can just get lost in them, because dungeons can be very large. However, developers saved situation by filling the locations with content. There is always the thrill of meeting enemy or opportunity to find a new hero.

By the way, heroes here have several levels. Coolest five-star characters may be open only for donations. In addition, heroes need upgrades that require money and crystals. You can receive them for successful battles, as well as at the end of location exploration. During the battle, your team has a chance to use a special blow that deals huge damage to opponents. You need to accumulate energy to produce it. It increases when characters hit enemies. On average, it takes about twenty hits to activate a special skill.

Brave Dungeon: Immortal Legend is the most interesting role-playing game in the fantasy world, where you can upgrade both alone and go into battle with friends. If you have no problems with games that feature automatic combat, then you should definitely download this application.