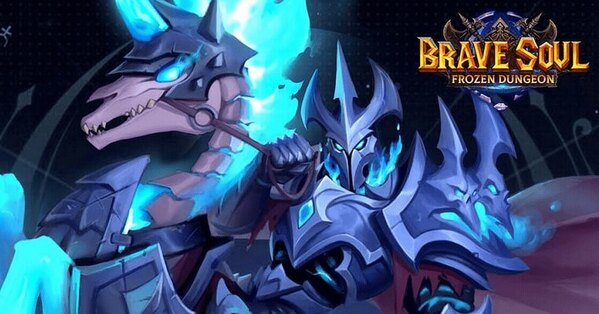 Brave Soul: Frozen Dungeon is a mobile project made in the role-playing game genre with elements from roguelikes and puzzles. The game will offer five races, the same number of classes and more than 100 heroes with own backstory related to the main plot. By the way, you need to defeat the Dark Titan, who used the power of Evil to summon demons to the human world. Go through random dungeons in which you also have to solve riddles in addition to battles. At the same time, the developers say that you will need real strength to defeat some bosses. You have to spend time pumping the squad and completing daily tasks. PvP battles will help dilute all this. If you like role-playing games, then also download Super Stylist: Dress Up & Style and Idle Archer – Tower Defense.

If you are interested in the description of Brave Soul: Frozen Dungeon, then download it to your device.

Assemble a team of epic heroes

The plot of Brave Soul: Frozen Dungeon says that the dark demons want to return to the world of people, but there is no one to drive them away. All hope is on you, gather a strong squad and drive away evil from peaceful lands. Each character of this world has its own story. You can read it when you open it. The first missions are quite simple and are essentially educational. Initially, the team consists of three heroes, but gradually you will be able to open new ones. 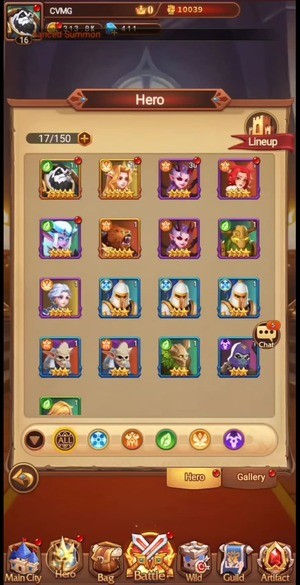 t the same time, only five participate in the mission, but you can change the composition before each battle. Thus, it is easy to come up with various combinations and the most effective combinations. Each fighter accumulates a powerful attack that you activate yourself (if there is no auto battle). After passing a certain stage, the function of accelerating the battle will open.

Develop your own tactics in Brave Soul: Frozen Dungeon, which will help you win more than one battle. Select soldiers from different factions to diversify your army. Also, consider the specialization of champions. Thus, you can create a crushing army, ready for any battle. Arrange bright battles with monsters and other users to get fame, money, crystals and experience. The app is good at motivating beginners to complete missions and collect fighters for great feats. Soon the players have the perfect team to break forward and destroy as many opponents as possible.

The gameplay itself is not much different from other popular RPG games. The process of battles takes place without the user. There are only two lines on the battlefield. Heroes fight with the nearest enemy on them. Player, in turn, can personally manage the selection of squad units and apply the ultimate skills at the right time. For example, each hero gains a certain amount of energy over a certain period. Then the porter begins to shine and this serves as a signal that you can apply the skill at the right time for you. Such techniques during combat can be either defensive or offensive. 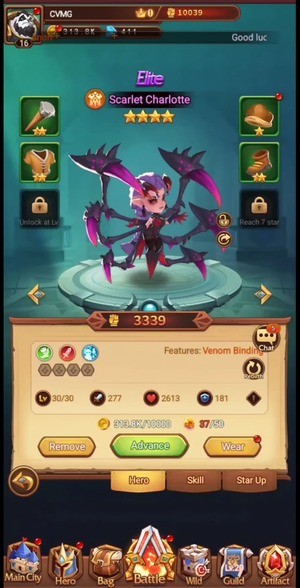 The graphic component of Brave Soul: Frozen Dungeon has a high quality level. Good rendering, natural lighting, bright colors and numerous special effects create a decent image that everyone will like.

Initially, you have a team of three characters, with whom we go to our first training battle. It goes like this. Our soldiers automatically fight with the opposing team, but we can only activate a special attack of one or another player at a boring moment. You can make your task even easier by turning on the full auto-battle. In this case, the super attacks will activate themselves as you reload.

If that tires you out, don’t worry – Brave Soul: Frozen Dungeon has a battle speed up feature. To unlock it, you have to go through several levels, but it is not so difficult. Later it will be possible not to waste time on battles, but to focus on really important things – collecting rewards from chests and menu for completing daily tasks, as well as pumping characters. 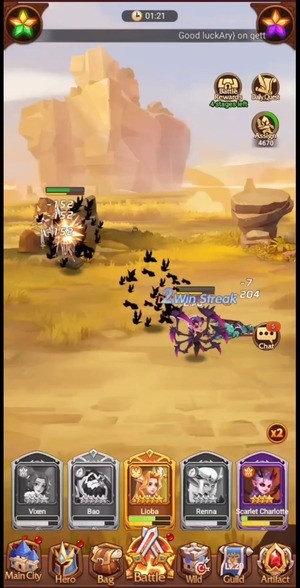 As you complete one battle after another, you will earn experience points that can improve combat performance of your characters. Every tenth level of the character to increase, you will also need to spend crystals – a rarer resource that is not so easy to get. However, this is not a problem at the beginning of the game.

Brave Soul: Frozen Dungeon is a good project for fans of the genre. Despite the lack of fresh ideas, this game is perfect for everyone as a mobile entertainment.