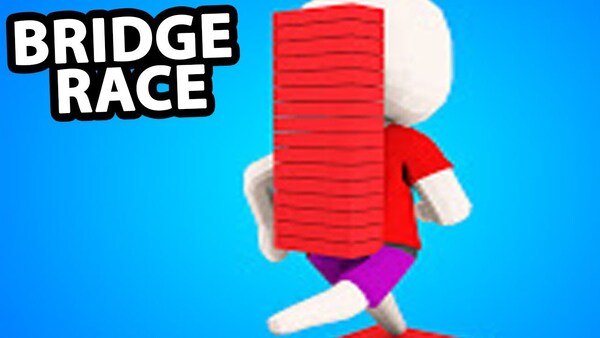 Bridge Race is a casual arcade game from Supersonic Studios. The gameplay is as follows: you have to collect boards of your color, carry them to the bridge and lay them out to get a ladder. Several opponents confront you. It is necessary to reach the semifinals, finals and eventually win the competition. If you do not have time to build the bridge very first, then you will lose. You can push your enemies, knock them down and give yourself an advantage. The application contains simple but interesting mechanics. You can choose different strategies for your success. Unfortunately, the game does not have an online mode, but it is quite interesting to compete even with artificial intelligence. Download also the casual My Talking Tom 2 as well as Cats & Dogs 3D.

Bridge Race has found its audience, as the game has over 10 million downloads. Its average rating is 3.6. Users complain about a large number of ads, but at the same time note the original gameplay. What did the developers do? Let’s try to figure it out.

Bridge Race’s gameplay is almost entirely competitive. Every level features competition between 4-5 people. At the same time, all locations include several stages. As a rule, there are fewer bridges over which you can get to the next stage than participants. This means that you need to collect boards of your color as quickly as possible and go to build a bridge. Moreover, if you have rebuilt half of the bridge, then opponent can repaint it in his own color. In order to do this, he needs to grab more boards than you do. 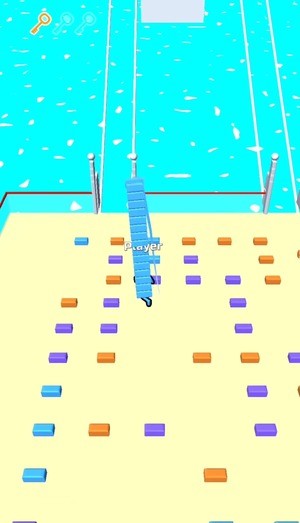 If you think Bridge Race is a very primitive game, then you are mistaken. It is necessary to think over the strategy for victory very clearly and carefully. You can immediately collect the maximum number of boards and go to build a bridge. It can be an effective tactic, but on the other hand, enemies can leave you in last place while you are collecting. Another option is to collect a little. However, there are some nuances, because the enemy can repaint your bridge in his own color and get ahead. How best to act is up to you. Don’t forget to push your opponents. Therefore, they can lose everything they have collected. At the same time, such a fate can also befall you.

You can buy three types of skins in Bridge Race for your hero and customize him. First, there is a change in the appearance of protagonist. You can become a boy, a girl, a disco dancer, an Egyptian pharaoh and many others. You can also change the appearance of boards. If at first they look like ordinary bricks, then it is possible to change them for dominoes, bread, book, dollars or something else. Finally, every player is free to choose the color of his hero. There are six of them available. The default is blue, but you can buy green, purple, pink, red, or orange. All skins cost coins that you earn during the game. Some of them gradually open during the passage, but you need to watch an advertisement to unlock it. 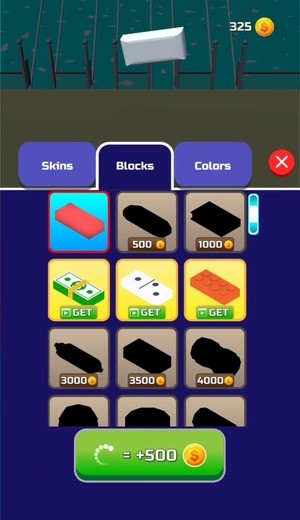 There is practically no sound in Bridge Race, which is a disadvantage of the application. As for the graphics, we cannot say that it stands out in any way. The picture is standard and it looks like a typical arcade time-killer. However, thanks to the variety of skins, it becomes more fun to play. By the way, your enemies can also use skins, so you will surely see a variety of rivals in the location.

As stated earlier, all the skins in Bridge Race cost coins. This also applies to appearance of the character, the boards and color. That is why we have prepared a mod with unlimited money for you. You can immediately choose any skin from the available ones. Please note that some skins are unlocked upon reaching a certain level. This means that you cannot buy whatever you want immediately. Nevertheless, you still have a wide choice.

Supersonic Studios LTD is relatively new in the field of mobile applications. Like many other newcomers to the industry, developers could not resist the concept of time killers, which are currently at its peak. If you pay attention to the library of projects released by the studio, you will notice that the developer’s favorite genre is arcade. It is worth noting that all developer’s works are successful and have relatively good marks from players. 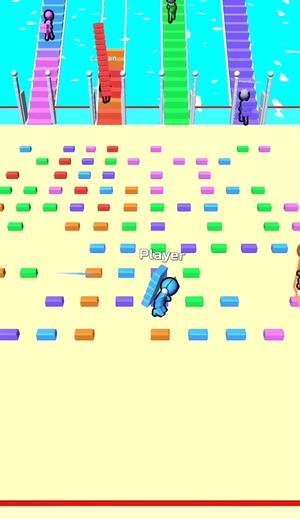 You can play Bridge Race with one finger. The hero runs around the location by himself and you only need to guide him with swipes across the screen. An interesting feature is the received keys based on the results of various levels. When you collect three keys, you can open three chests. Both coins and skins can be stored in chests.

The whole game contains dozens of levels. Locations also change. First, you compete on a tropical island and then the game sends you to the metropolis and so on. Initially, player need to reach the semifinals. Four bridges lead there, while there are five players. Therefore, one will remain superfluous. There are only two of you left at the end. The winner is the one who is first to collect all the boards and pave the way to the door. Now, there are several dozen levels in the game. It is possible that the developers will delight their fans with new locations.

Bridge Race is a fun and addicting game that has its drawbacks. There are many ads here, but it also features addictive gameplay that gets more complicated over time. If you want to spend time with interest, then download this project to your device.