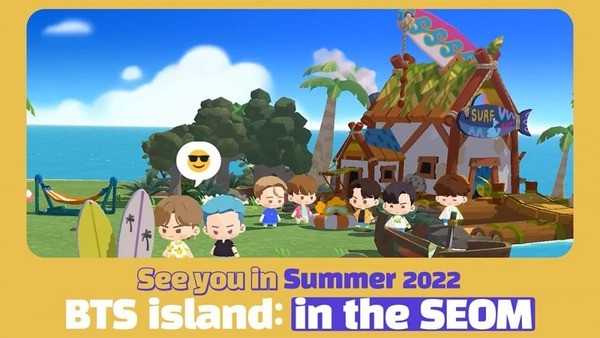 BTS Island: In the SEOM is a colorful game in which you can build an island for characters from a Korean pop group. They say that the team members themselves had a hand in creating the utility. Players get an island at their disposal. Earn points for passing levels to spend on arranging the territory with various thematic items. Customize characters to your liking. The developers also promise exclusive photos of BTS in the In the SEOM photo album and the original soundtrack of SUGA, which will certainly delight fans. All this is also associated with the levels of the game three in a row. We also advise you to download Survivors: Match 3 – Lost Island and DoorBuster Rush.

If you are interested in this game, then read the review to form your opinion about the application.

Three in a row tasks

By solving puzzles that are standard for this genre, that is, by lining up rows of identical berries and flowers, the player will receive points. It will already be possible to purchase various items on them to decorate the island and ensure a comfortable stay on it. The puzzle tasks themselves in BTS Island: In the SEOM are usual. The goal is to collect three identical elements in one row.

In this case, they effectively disappear, and new blocks falling from above take their place. Goals vary from level to level. At the first level, we just need to do a certain number of combinations. That is, a certain number of times to collect three or more identical berries in a row. During the whole process, an assistant helps, introducing and explaining the subtleties of mechanics.

Solve match-3 puzzles, earn points and spend them building your island and customizing your characters. Teach our heroes how to plant various plants, construct buildings and create beauty around you. Get down to business and equip the island for all the heroes you need. Raise your level, get new opportunities and develop the area. Build new buildings and make the island a real paradise.

BTS Island: In the SEOM offers you to customize your pets in every possible way, changing their hairstyles and trying on different outfits. You can customize your character’s skin color, eyes, eyebrows, hairstyle, beard and mustache. Each sub-item contains a dozen options, so you can always create a unique hero. Players cannot change body elements, but this is not necessary, because a tangible part of the gameplay is the selection of clothes.

It will distinguish you from the rest. Make purchases of clothes for in-game currency. Here you will be able to customize the sets, which are casual wear, cocktail party, beach look, formal wear and sleepwear. There are corresponding tabs, where you can find thousands of different combinations for each of the sets in the store.

So that you do not need anything, we recommend downloading BTS Island: In the SEOM mod APK for an unlimited amount of in-game currency.

BTS Island: In the SEOM is an unusual game. There is no narrative as such, although there are tasks with which you can earn special coins. The entire gameplay takes place in several locations. Characters move between them using a transition, but cannot go beyond them. The essence of the gameplay is to equip a home, buy various things and establish communication with the project community.

The controls in BTS Island: In the SEOM are quite simple. In order to move to the specified point on the location, just click on it with your finger. You also need a touch screen to interact with other items. Use all the necessary keys, for example, navigate between locations and access the store. Carry out mutual settlements by means of silver and gold coins.

Earn the first one in the game in the game, for example, by getting a job or completing tasks. The latter are available for donations and large one-time quests. Also, take into account the fact that any action of the hero spends a supply of energy. Replenish it, for example, with food or drinks, but they also cost money, so spend your resources as economically as possible.

BTS Island: In the SEOM is like a huge sandbox where everyone makes own thing. Complete match-3 levels and customize your heroes, decorating the mysterious island along the way.