Bullet Echo is a top-down shooter in battle royale genre from ZeptoLab. The popularity of battle royale has not faded over the years. Players are ready to clash repeatedly in new locations to demonstrate who the best fighter is. However, despite all the players’ favor for this genre, the developers decided not to make another copy of the already well-known genre. They brought something new to the familiar mechanics, which made it possible to spark new interest among gamers. Take part in an epic stand with new rules of survival.  By the way, if you like online shooters, you can also try Call of Duty: Mobile and World War Heroes.

Bullet Echo has over 5 million downloads, which speaks of the undoubted project popularity. Let’s see why this game is so attractive.

Embody the most interesting and unique strategic ideas. Bullet Echo provides many options that you can bring to life. Try to choose the best character. Level up his abilities in such a way as to become the most powerful and advanced among other rivals. Team up with your friends. Create a whole faction that can crush all opponents on the way with its strength. Choose only those with incredible physical or magical energy. Only then can you achieve high results by occupying key positions in the ranking. 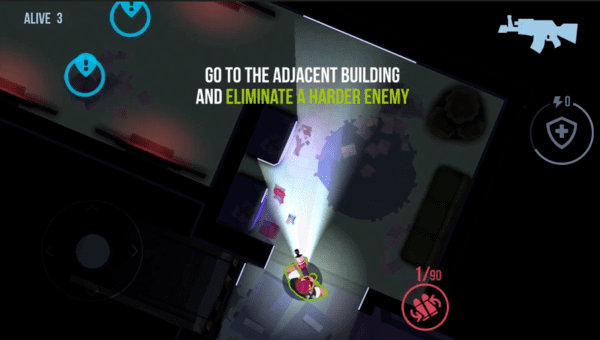 The leveling system in Bullet Echo is also present. You can improve your fighters with regular training and special cards. Training makes the warrior stronger and healthier. In addition, you can make some kind of metamorphosis thanks to the card – an ordinary soldier becomes legendary. Your hero can become much stronger comparing with ordinary warriors. It is possible to improve ordinary characters to such a state, but it is very difficult.

Use map features to your advantage

Bullet Echo takes place in a variety of locations. You can move around the map, discovering a new area. In this case, you need to illuminate the path with torches or other lighting devices, since it is constantly dark around. It is important not to let enemies reveal yourself, so you need to apply all the stealth or take an appropriate hero with special abilities to the team. You need to seize the initiative in time in order to snatch victory by any of the available methods. To do this, you need cunning, resourcefulness and attention to the smallest details.

Bullet Echo graphics can hardly boast of its detailing and quality of rendering. True, this is not the fault of the developers, but a real feature. It becomes clear that the key point is attention to noise from the game name. That’s why the action takes place in almost complete darkness. Due to the minimalistic design of the levels, it is difficult for us to give due attention to the graphics. The sound component of the game is also on minimum. Footsteps of enemies and extraneous sounds come to the fore and help players to determine where the enemy is. 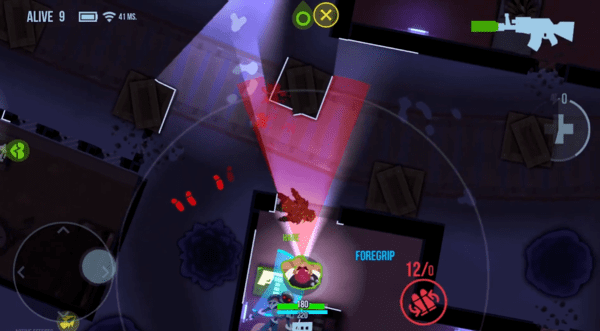 Despite the initially seeming simplicity of the gameplay, you need to try hard to take first place in the royal battle. As a rule, even the most experienced players can get the most ridiculous defeat. The balance in Bullet Echo is clearly shifting to the side due to the large number of donators in the game. As mentioned above, the game provides for the ability to upgrade your characters using in-game currency. You need to repeatedly win fights and collect all kinds of bonuses to make your hero stronger. At the sane time, you can always make real money investment, but then you wouldn’t be reading this text. In order to feel more confident on the battlefield, we suggest you download a mod for unlimited money that allows you to upgrade your character as quickly as possible.

Our team checked Bullet Echo and unlimited money feature. The test results show that its functionality meets the stated requirements. You can use unlimited resources to level up and customize your character. All you need to do is to install the game according to the guidelines below. It is also worth noting that the mod is absolutely safe. Our experts checked the installation file with several anti-virus programs.

The gameplay is as simple as possible. You have to choose a character to begin. However, there are very few options on the start. Each character has its own characteristics, so do not be lazy to learn more about every skill to choose the hero who is right for you. In addition to special skills, fighters also differ in gender and appearance. Study everyone to know what to expect from every type of enemy in Bullet Echo. 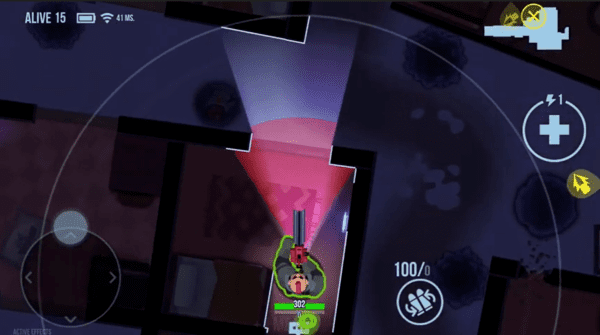 Choose a character and find yourself on the map where you have to play. Your fighter only has a basic weapon. It does very little damage, one joy – unlimited ammo. We recommend swapping it for something more worthy as soon as possible. Shots in the game are automatic. Therefore, you don’t need a super-reaction to play this game. The main thing in Bullet Echo is to attack the enemy first, catching him by surprise.

In addition to ammo, you can also find other equally necessary and useful items – weapons, first-aid kits and body armor. Keep in mind that it takes time to pick up the item. So if the enemy is on the heels, decide for yourself whether it’s worth the risk. On the other hand, you still have the ability to shoot, so in theory you can defend yourself. Don’t forget that all equipment disappears after the battle so you have start from scratch in each new battle.

Bullet Echo is the most unusual and original battle royale game. The developers managed to make something really new and unusual out of the well-known concept, adding something of their own. It really makes the game worthy of your attention. We recommend downloading Bullet Echo to all fans of this genre.

How to Install Bullet Echo Mod?

Don’t forget to delete the original version of Bullet Echo before installing our unlocked modified version to prevent errors during installation process.