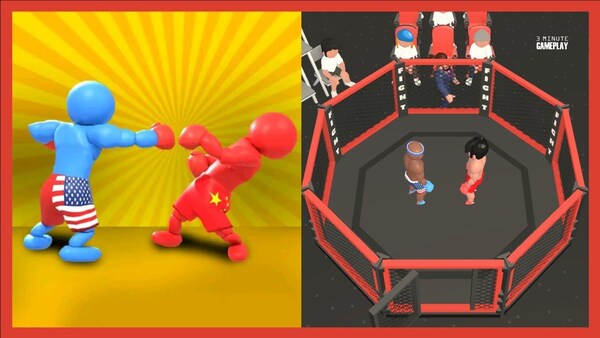 Cage Fight 3D is an exciting arcade game in which the user must train fighters and watch their performances in the boxing ring. It all starts with the fact that you pick up units at the bus stop and lead them to the locker room. There they change clothes and go to training. When the hero beats the punching bag a little, he will be ready to fight against the opponent. In the end, it will be necessary to destroy the huge boss to complete the level. Also, do not forget about the elements of pumping the hall and the fighters themselves in order to speed up the process of their training, as well as to strengthen the fighters. If you are interested in sports, you can also download Football Club Management 2023 and Punch Guys.

If you want to know more about Cage Fight 3D, then read our review. 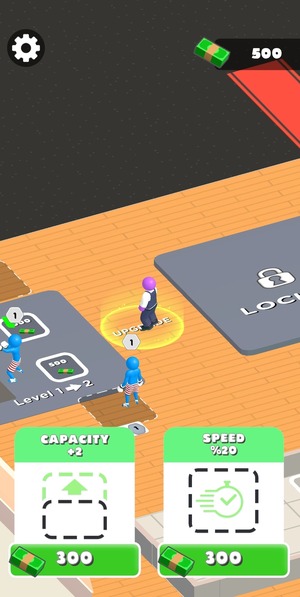 Assemble a team of fighters

The main character of Cage Fight 3D is the coach you will play. He does not participate in the fights directly, but is directly responsible for the training of boxers. It all starts with the fact that a transport with two young people will arrive at the bus stop. Since then, they have been under your control.

The fighters follow you and do whatever you tell them. After training with them, return to the beginning and take the next fighters. Walk with them to the end and bring them to the ring, where they will try to repulse the boxers from the opposing team.

As you progress through Cage Fight 3D, you will see many places where you can upgrade your character. For example, you can expand the number of places at the bus stop so that more fighters immediately go to your disposal. Increase the number of simulators to train people faster.

In the end, buy more seats for the fans near the ring, because this will bring you additional profit. It is worth noting that each unit has its own level. Initially, it is the first, but the more you train, the higher it is. This, of course, affects the strength of your wards. 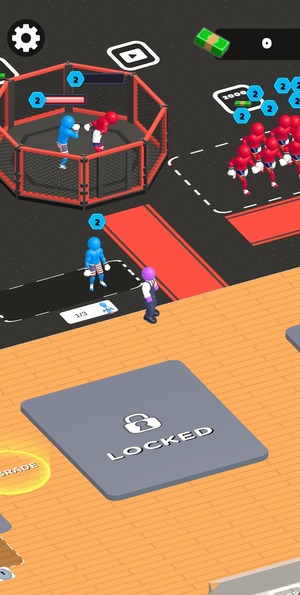 Each level ends with a boss fight. After your wards defeat ordinary fighters, a huge ringleader will enter the ring. It will take several of your athletes to neutralize it, but the reward will be high. You will receive a lot of dollars, as well as a cup on the wall.

When the boss is defeated, a new level will begin with new conditions. There, pumping will cost more, while you can get more fighters at your disposal, new simulators and administrative buildings.

We suggest you download Cage Fight 3D mod APK for an unlimited amount of money.

The battle process itself begins with the fact that you need to provide your fighters with a quick start. If you click on the indicator in time, then your hooligans will receive a number of bonuses to characteristics, which can significantly increase the chances of a favorable outcome of the battle. On the same screen, you can change the positions of the fighters, which even introduces some elements of strategy into the gameplay.

The good news is that donations are completely absent here. If you do not have enough in-game currency, then you can always provide yourself with either a free fighter or an additional army cell if you watch a short commercial. Well, such a problem does not exist at all with a mod for money.

Cage Fight 3D is an interesting game in which you will train fighters and lead them to victory. Train, upgrade units and make them stronger.