After the release of The Great Sultan, many new entertaining RPGs appeared on the Play Store. Simulators have become very popular among fans of such strategies. After all, the main feature of such games is versatile activities of protagonist. The ruler conducts campaigns to conquer various territories, develops the army and pays attention to his wife or whole harem. One of these games is Call Me Emperor: Alternate World, where player has to take on the role of emperor in Ancient Japan. Gamers need to create their own empire and take control of all areas of the state, which includes taxation, improving army and lives of inhabitants. Get ready to become the real ruler of Eastern Empire and take first place among all contenders for the title of the best emperor. We have prepared other exciting strategies for you, for example, KingGodCastle and Summoners War: Sky Arena.

The game from the developer Clicktouch, which gave Android users many games of Japanese culture, has begun to gain popularity relatively recently. Call Me Emperor has over one million downloads and currently has an average rating of 4.4. The game has full translation into English, which is very convenient for most users.

The game allows you not only to lead an entire empire, but also to choose the appearance of its ruler. Previous games allowed the gamer to choose between 5-8 different characters. Often a man became the monarch. However, players can choose the ruler gender in Call Me Emperor, as well as find a suitable appearance among 12 avatars. It is also possible to create a unique name for main character. 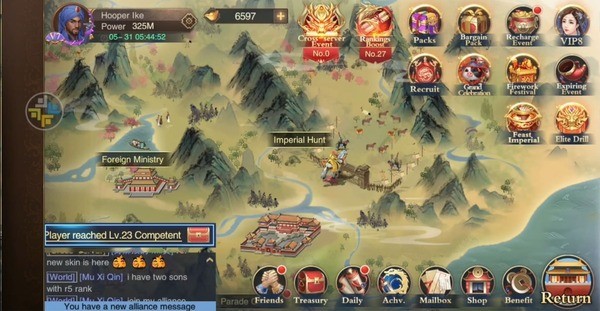 Like a real emperor, the protagonist needs to collect taxes from citizens, which in turn go to the development of the empire. The second position for the emperor is the improvement of officials and advisers who help the ruler to solve political issues. Moreover, you have to participate in campaigns that can help the empire reclaim lands from Mongolia, China and other nearby states. Another duty is the heirs to the throne. Don’t forget to visit his harem and bring up heirs for a full life of the state.

This is a minor Call Me Emperor theme, but users like to bring it to the fore. There is a harem and rooms for children in a separate location. A large number of concubines are collected in the harem, who can arrive in the harem by order of the emperor. Walk through the streets of imperial garden is enough for this. There are separate rooms for heirs in the rooms for children. The Emperor needs to visit them and teach political affairs. Many heirs can successfully marry on heiresses from other states or countries. It all depends on the decision of the emperor.

Call Me Emperor: Alternate World allows learning a unique story that originates in the distant future, where people have already settled on Mars and other planets of the solar system. The main character on the space shuttle rushes in pursuit of a lizard man. Both heroes go directly to the portal that opened in space, which became the fatal mistake of the lizard-like villain and a unique opportunity for the selected character. After all, the portal teleported the main character to Ancient Japan, where he appears as a monk of the great Eastern Empire.

Call Me Emperor has detailed graphics that reflect both the surroundings of the empire and characters themselves. Each courtier, concubine and the emperor himself have unique facial features, physique and manner of speech. The interior of decorations and appearance of the streets perfectly matches the main theme. Enjoy bright lanterns, clothes of residents and courtiers, as well as the famous Japanese roof “kusabuki yane”. As a soundtrack, the gamer can hear various Japanese music.

Gold coins represent a main game currency. At first, getting them is easy: you need to log into the game every day, collect taxes and complete tasks. However, the higher the level, the more difficult it is to get the financial component. Therefore, we provide you with opportunity to download Call Me Emperor with a mod for unlimited money.

The plot begins with a series of cut-scenes in which the main character appears as a real resident of the future, but further events force him to find himself in Ancient Japan. The hero not only returned to the times of the Eastern Empire, but also became its full-fledged ruler. You have to prove your power by strengthening empire and performing all the necessary functions. The game affects absolutely all areas of the ruler’s activities: family, political, military and craft. You can only follow the advice of his loyal officials and create a powerful state. 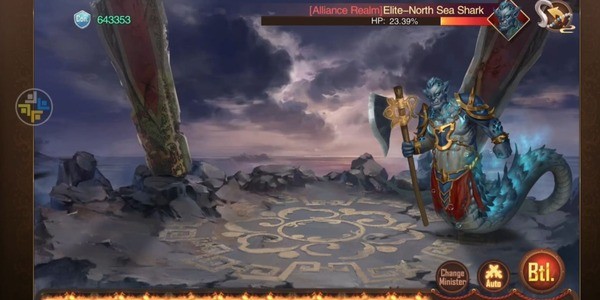 Call Me Emperor: Alternate World became popular due to its unique plot idea, as well as the ability to manage affairs of the empire in all its spheres. You will be able to feel like a real emperor, on whose shoulders lies the responsibility for the fate of the Eastern Empire.

How to Install Call Me Emperor: Alternate World Mod APK?