Call of Duty: Mobile is a striking representative of next-generation shooters that offers many game modes, dozens of maps and hundreds of weapons. This game series has been pleasing its fans with high-quality and spectacular projects for decades. “Mobile” is no exception. However, it’s not a continuation of any part of the series. Still, you can find here maps, types of weapons, perks, modes and much more familiar to you. We can safely say that Call of Duty: Mobile is a collection of the best aspects and components of entire franchise. In addition, our team recommends other fun shooters, like Unkilled and DEAD TRIGGER 2.

COD series were always the reference representative of shooters on many platforms. Check out the main features of this game.

As you may have already understood, the gameplay of Call of Duty: Mobile comes down to multiplayer. In every mode presented here, you have to compete with real players who are much more dangerous than any artificial intelligence. Variety of modes includes team combat, deathmatch, capture points, sniper duel, battle with zombies and much more. Team mode allows you to overtake the opposing team in terms of number of kills. Playing in deathmatch, you fight all the players on the map alone. It is very important here to quickly gain kill points in order to climb to the first place. Capturing points means controlling several points on the map that gradually add points to your team. Sniper duel allows you to challenge another sniper player. Zombie mod gives you an opportunity to test your strength in the fight against a crowd of monsters. 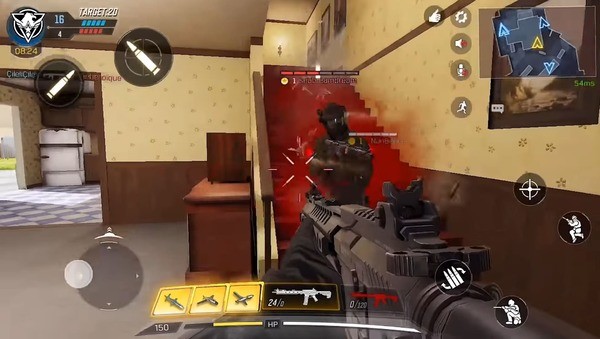 Battle Royale is the benchmark genre of modern shooters

The battle royale in Call of Duty: Mobile deserves special attention, as it has become a real hit. Land on the map with the other 99 players. You have to look for weapons, watch the diminishing circle and constantly keep your ears open. The winner here is the last player who managed to survive all other battle participants. It is worth saying that each mode provides you with great action. It is also noteworthy that game has high-quality matchmaking system. Both your and enemy team always has gamers of equal level and skill.

Choose your tactics for the battle and play any role

Before entering the battlefield in Call of Duty: Mobile, you need to customize your fighter’s gear sets. It is very important to determine your role in battle. You can be a mobile scout, a well-aimed sniper and even a medic. The role depends on the equipment and perks that you choose for your character. By the way, your equipment includes main and secondary weapons, grenades, appearance and much more. The system of perks implies the choice of passive skills that greatly facilitate your life on the battlefield. For example, you can move faster, collect more ammo from enemy bodies, aim faster, and so on. As you level up, you open up additional slots for equipment sets, allowing you to switch between them in battle. 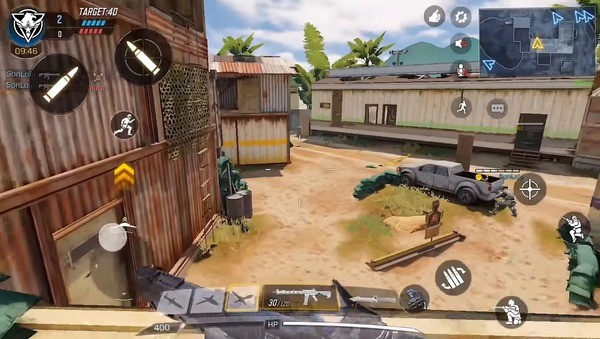 Call of Duty: Mobile boasts a quality matchmaking system. It takes into account not only the profile level, but also the average kill-to-death ratio in matches you played. It’s no secret that a rather obsessive donation can overtake you here. The game constantly offers you different sets of weapons, character skins, tasty perks and much more. It is also important to remember about that availability of attachments for weapons, which you can also buy in whole sets. All this adjusts the balance of gameplay, since donators have a noticeable advantage over ordinary players.

Graphic design is one of the main features of Call of Duty: Mobile. The picture here can rival many PC and console games. However, not very good game optimization can be a problem for gamers. Many fans of the series cannot fully enjoy the game, since power of their gaming devices simply cannot cope with graphics and physics. Although the developers have released many patches for optimization, we still recommend you to have a powerful smartphone so that nothing could distract you from the gameplay. 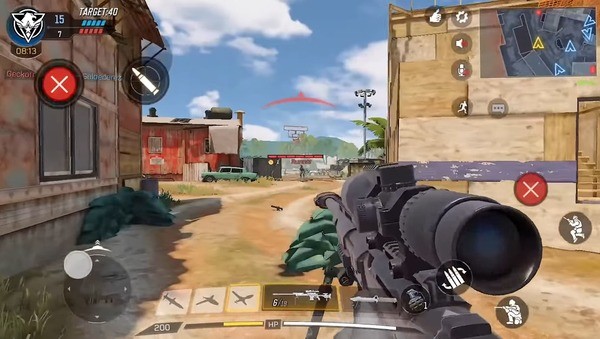 The sound in the game also has very decent level. It plays a special role during battles, because you can listen to the footsteps of your enemy and use sounds of shots to figure out where the enemy is hiding exactly.

We bring to your attention a mega mod for Call of Duty: Mobile, which allows you to use about 30 useful bonuses and improvements. Among the most notable: increased character speed, high rate of fire, long-range jump, no recoil and aimbot. Use the modified version wisely, as otherwise, you may get banned for the foul play.

We tested Call of Duty: Mobile on our devices. To install mega mod, you should follow our detailed instructions below. For the rest, we can only say that modification works properly, including multiplayer. Use about thirty different tricks and improvements to become the most accurate shooter and break into the leaderboards. Installation file is safe for your gadget. The only trouble that can happen to you in the game is ban from developers. However, you can use Hostfile app to avoid this. In addition, below we present some tips that may help you during the game: 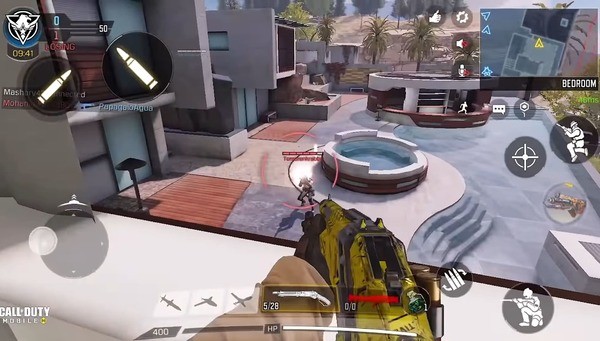 Each battle in Call of Duty: Mobile brings you awards in terms of various currencies and points. You can use in-game currency and mastery points to advance to higher leagues. The overall profile level is more than important here, as each new level gives you access to new equipment and perks. We should note, that perks are passive skills that can make your life in battle much easier. With these skills, you can run, aim and recharge faster. It is worth mentioning the number of carried grenades, the ability to collect ammo from the enemy’s corpses and much more.

The main problem of Call of Duty: Mobile is donation, which influence is noticeable even to the naked eye. Donators can get access to the very best gear, making them killing machines in combat. We propose to download our solution to fight against such players. With it, you can destroy donators by imposing worthy competition.

Call of Duty: Mobile is a classic example of a cool shooter set in a large-scale setting. If you were looking for an interesting action game with high-quality multiplayer and different opportunities, then you have found it.

How to install Call of Duty: Mobile Mod?

Don’t forget to delete the original version of Call of Duty: Mobile before installing our modified version to prevent errors during installation process.