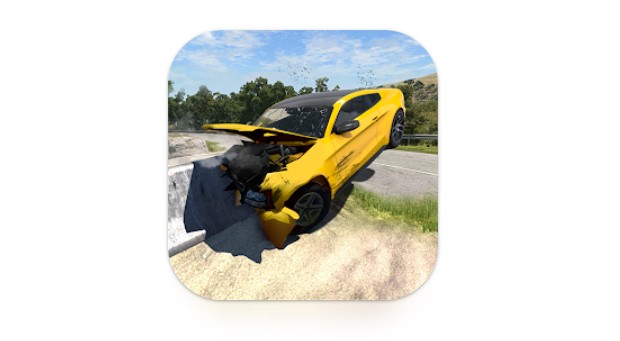 Car Crash Compilation Game invites users to demonstrate their professional racing car driving skills. The collection of the presented project contains dozens of vehicle models. Each car has individual characteristics, stunning spectacular appearance. However, the task of gamers is to destroy the selected vehicle as actively as possible. At the same time, users will be able to enjoy realistic damage physics from the heart, fighting against numerous opponents and trying to set impressive records.

The game really deserves special attention, at least for the fact that it has a huge fleet of vehicles for every taste. Here you will find old buckets and new racing cars, only to open them, you need to complete various tests and pass levels. There is nothing easier than crashing a car in Car Crash Compilation Game, but at the same time, the game will also reward you with experience for which you will open other cars. 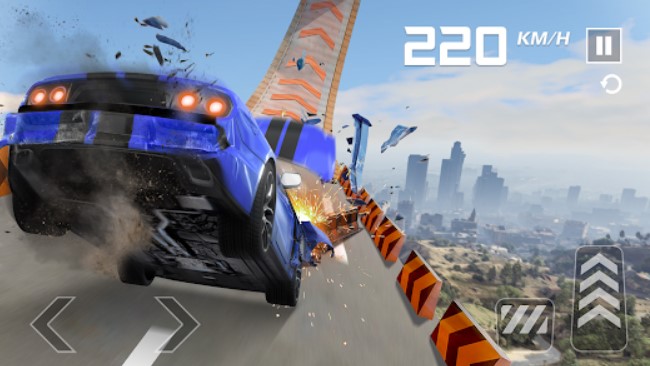 The levels in the game are designed in such a way that when passing them, you receive maximum damage, and the car breaks. In addition to all this, Car Crash Compilation Game has the ability to improve cars by replacing parts, making them faster.

Professional drivers will be able to invest the accumulated funds in the purchase of another vehicle. At the same time, access to more powerful car models is gradually opening up. With the new vehicle, users have to perform the most difficult stunts and perform dynamic missions. After all, the impressive characteristics of cars allow you to make real follies on the tracks, stunning others with unique skill and boundless courage. Moreover, the driver necessarily receives a generous encouragement for each spectacular somersault.

Car Crash Compilation Game features a realistic physical damage model, due to which the gameplay gradually becomes more difficult. You can choose one of their cars in the store and try to perform one of the most difficult tricks, or move forward in the campaign mode and level up. Complete dynamic missions, destroy as many vehicles as possible and get rewards for it. 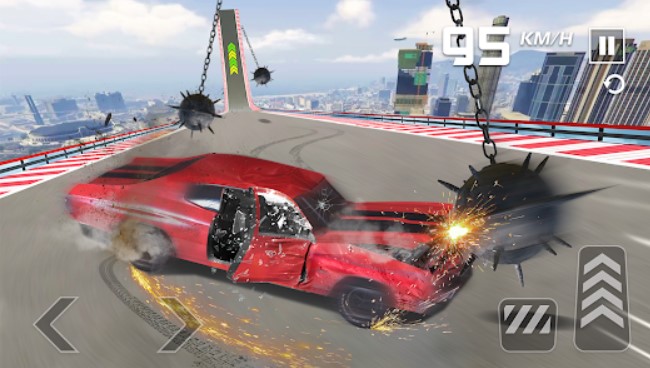 The most important thing is to destroy the vehicle as much as possible, turning over on it and crashing into fences. Here you can test how durable your sports car is, and you will receive funds for the development and purchase of new cars for your collection. Create the perfect vehicle and show the best results by competing with players from all over the world.

Get off on full

There are two main modes available in the game: multiplayer with dozens of rooms and different arenas and a single player game that includes a career, crash arena, derby, where every racer is for himself, city, ramp jumps and many different challenges with nice rewards.

It does not matter if you just play free roam or fight other players in a derby, you will still get rewards for the damage done in the form of in-game money. Spend this currency on upgrades and buying cooler vehicles. Car Crash Compilation Game will offer you many interesting locations, cool destruction missions or many worthy rivals with charged cars. 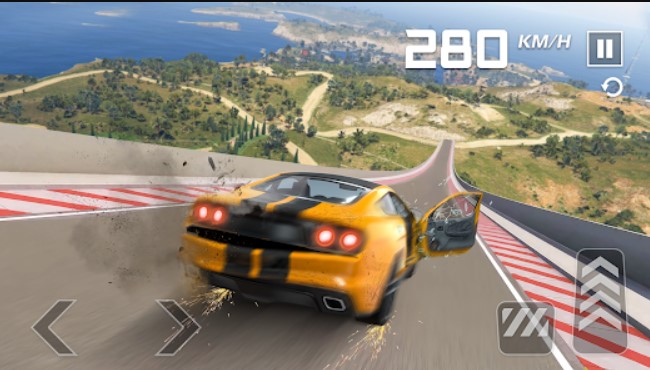 Car Crash Compilation Game invites you to take part in dizzying races. Users have to perform tasks of different levels of complexity constantly. For successfully completed missions, large rewards are due. If you like not only to drive, but also to destroy cars, then this game will definitely appeal to you. In addition to excellent graphics, you will find the best car damage physics on mobile devices.