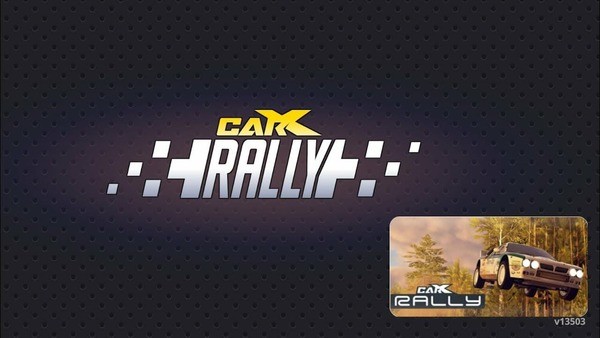 CarX Rally is a rally simulator for Android from CarX Technologies. Your main task is to win the rally championship by participating in numerous stages. Work your way from beginner to excellent pilot. Accelerate, skid and try not to fly off the track. Improve, repair your car and do not forget to wash it from dirt and dust after races! Game became a simulator thanks to realistic physics of car controls. This project is able to challenge most gamers, since its gameplay is quite difficult. By the way, our team also prepared Offroad Outlaws and Torque Drift for fans of racing simulators.

There are not very many rally games on Android. CarX Rally is one of the few such projects that we will tell you about in more detail.

Since CarX Rally is a simulator, not an arcade, the developers have tried hard to make car behavior on the track as realistic as possible. Rally lovers know the role of proper drift in these races. Everything is great with this aspect, as you can almost feel like driving a real car. Please note that the game has a variety of tracks with different surfaces, such as asphalt, soil and snow. Accordingly, the car behaves in completely different ways. Without calculating speed or correct skid angle, you can easily fly off the track, which will mean defeat for you. Therefore, you should proceed with caution.

Many tracks on the way to championship

You start CarX Rally as a beginner. There are five global leagues in the app: beginner, amateur, master, pro and world class. In order to open access to a new level, you need to collect a certain number of cups on the previous one. The same scheme applies to the leagues. For example, you need to earn cups on tracks as beginner to go to the next stage. In total, the project has 35 stages that allow you to participate in several races.

Choose from over a dozen cool cars

We should say that there are no supercars In the rally simulator. Nevertheless, there are fifteen cars designed to overcome difficult sections of the tracks. These are both standard rally cars and muscle cars. At the same time, the game does not have a license for cars, so developers changed their names. For example, the well-known blue Subaru with a recognizable logo in CarX Rally is Syberia. However, if you are at least a little versed in rallying, you can easily recognize most of the cars presented in the game. Moreover, you can even repair and upgrade vehicles.

Make your car the fastest

The developers of CarX Rally have implemented a car improvement system so that players don’t get bored. Each car has several characteristics available for improvement. You can make your car lighter and improve auto parts like exhaust, intake, pistons, turbine and more. Also, remember to change your tires in time. They are here for asphalt, gravel, mud and rainy weather. You can also swap disks. Each part has several upgrades, so you need a lot of money.

CarX Rally can delight players with a fairly high-quality picture and drawing range. Most importantly, there are no two identical sections, so it will be interesting to go through literally every stage. The developers have not forgotten about sound effects. Characteristic sound of rally car engine and sound after collisions is present.

As usual, you need money to buy and upgrade new cars. A lot of money. Therefore, we provide you with an opportunity to download unlimited money mod that can solve all these problems.

We checked out CarX Rally and its modification. By installing the mod, you get unlimited amount of two types of currency – regular and premium. You can upgrade cars with regular coins, and purchase new cars with premium money. Choose any car from the very beginning of adventure and improve it to the maximum. We guarantee that installation file is safe for your device, as our testers have checked it with several antivirus apps.

The game really turned out to be quite difficult. Already on the second race, not very experienced players may feel some problems, as rivals will always show the best time. In order to get on the podium, you need to learn to drive faster and overcome corners using the same drift that made this studio famous.

Note that special stages in CarX Rally are rather short. A rare race lasts more than thirty to forty seconds and one can only dream of one-minute duration. You have no right to make a mistake. There simply no time to correct it. In case of knocking off the track, your opponents will definitely show the best time, leaving you at the standings bottom. Fortunately, you can replay each section up to five times. Do this at the end of race or right during the course, if you see that there is no chance and you are driving very badly.

CarX Rally is a high quality racing game that won’t get through very quickly. Study provided routes, as well as principles of controlling vehicles with different types of drives. We definitely recommend this project to all fans of the genre.

How to Install CarX Rally Mod?