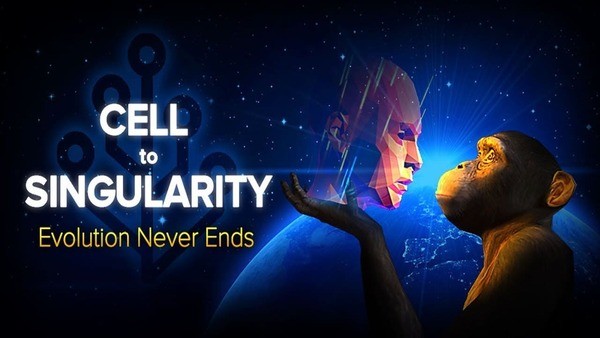 Cell to Singularity: Evolution is an unusual simulator from the developers of Computer Lunch studio. You can not only observe evolution, but also make important decisions on its direction. Recreate the world from scratch as you are used to seeing it. Unlock new branches of evolution and upgrade old ones. Are you able to reach modern civilization or reach a dead end? You have to help all creatures to develop and, in general, to be born. It will be necessary to select genetically strong individuals in order to create stronger species in the future. It also remains to see whether you can arrive at the appearance of a person or go in a different direction. If you are fond of simulators, then download also Make More! and Camping Tycoon. 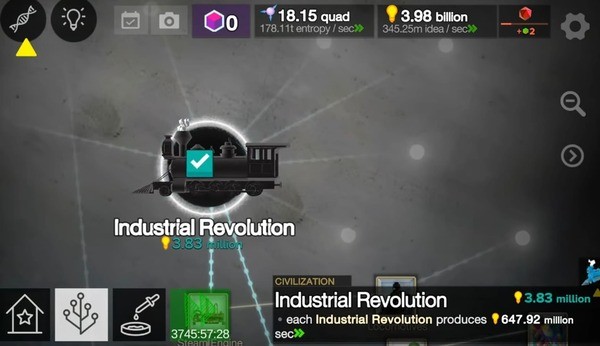 Today, more than 10 million people have already downloaded Cell to Singularity: Evolution to their devices, giving it a high rating. Try and you create your own evolutionary chain.

Cell to Singularity: Evolution gives you the opportunity to feel like a part of something bigger. You play the role of an almost brilliant scientist. You are supposed to model the exact structure of evolutionary theory. First, there will be endless outer space, the Sun and something to transform into our Earth one day. Then everything that we can see on the planet will begin to develop.

In your case, things will be a little easier. You do not have to wait millennia to get a petal. This is a clicker, which speed depends on the tap on the screen. Receive useful resources to spend on development from clicks. This will buy evolutionary upgrades. There are more chances for rapid development and number of resources dropped out at a time will increase.

Discover the future of evolution

The main resource in Cell to Singularity: Evolution is entropy. It essentially gives the Sun. Life on Earth is impossible without it. The first thing at your disposal will be the Earth itself. Then you will be able to discover the primary matter, where all living organisms develop. They will give the opportunity to purchase the moon a little later. It can give four additional units of entropy. Next, you will buy up living organisms known to humankind. They also earn the necessary energy, but I can do it even without your participation. The more life on Earth, the easier it is to develop further. Moreover, improve each purchase further so that they bring more income and resources.

Learn scientific facts about the evolution of life

In the process, you will learn or remember some important things in the scientific field: DNA, RNA, various acids, ultraviolet light, other radiation and much more. You will also notice that secondary abilities may appear during development. This makes prokaryotes and eukaryotes more efficient. You can improve all the branches of development in Cell to Singularity: Evolution, because they will together provide an excellent supply of resources. 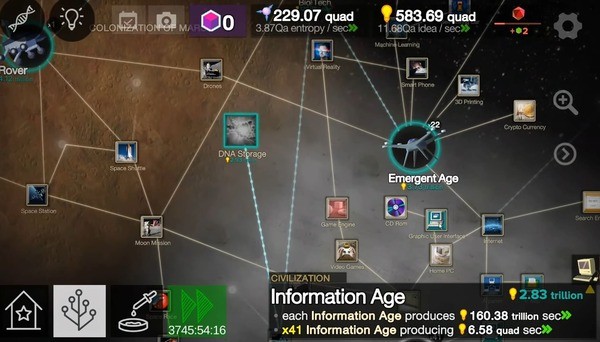 Remember that they need to be improved evenly so as not to come to an evolutionary stupor. When you are done with the development of primitive cells, plants and animals will replace them. This means that very soon a person will appear. This is very difficult to achieve, you need to endure all the difficulties and not abandon this venture halfway through. In parallel, new tabs will appear on the right side of the screen. It will be good to motivate.

The developers of Cell to Singularity: Evolution have implemented high-quality graphics, pleasant music, and many scientific facts. If you are always a fan of biology at school, then you will simply be delighted when you can create a small fish from a set of cells.

We suggest you download a mod that allows you to make free purchases for real money. In addition, it is possible to activate mod menu and get an increase in game currency when spending it. To do this, click on the round sign in the upper left corner of the screen after starting the game and then select the desired value.

Thanks to the thoughtful gameplay, you can feel like a real scientist modeling his evolutionary chain. First, you have a model of the cosmos. Since the process of passing focuses on clicker principle, you have to press a lot and for a long time on the screen to get resources. Here the main resource is a kind of energy called entropy. Without entropy, life cannot form on the planet. Therefore, you will unlock an Earth. Each new organism received will produce even more energy, so you just have to collect it. Remember that animals generate more entropy when you increase their level. 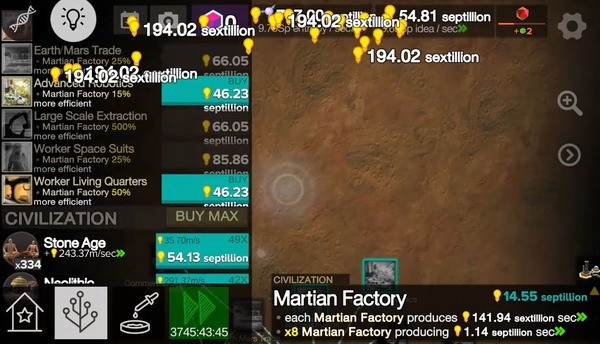 Cell to Singularity: Evolution offers to players an acceleration function. For this, you need to watch ads or use another internal currency – Darwinium. It is very valuable and costs real money. This is not necessary to complete the game. Thanks to the acceleration, you will receive as much currency as could be collected in a sufficiently long period.

Cell to Singularity: Evolution is not just fun. Thanks to it, you will learn many new things. Learn about DNA, RNA, the ozone layer, progenitor of all animals and much more. Each species obtained accurate scientific definition, having learned which you will definitely shine with knowledge at school. When developing, it is worth paying attention to various side branches, such as methods of filtration, propagation, and other details.

If you are someone who loves to study history and biology, then you should quickly download Cell to Singularity: Evolution. Start with atoms and work your way up to full-fledged complex creatures. Develop each branch of the evolutionary tree, opening up new directions. Become the one who influences the development of our planet.