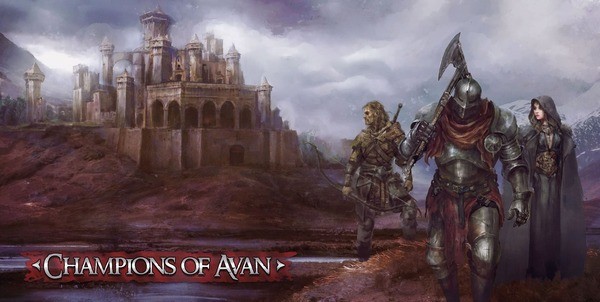 Among the dark forests, near the fast-flowing river, there is a quiet village, comparable to the ruins. Avan, a small settlement, is located in the extreme land of Rokmyer, which is teeming with monsters and darkness. However, the main character throws all his strength into the rebuilding of the city and its improvement. Champions of Avan is a unique strategic clicker game in which you need to extract resources and rebuild a village into a real medieval city. At the same time, the city needs protection from monsters, which strive to attack it. The main character has to manage raids to attack monsters, as well as improve the quality of life of his people. Among other role-playing projects, our team distinguishes MARVEL Future Revolution and The Witcher: Monster Slayer.

Champions of Avan is another successful app from Early Morning Studio after Vampire’s Fall: Origins. The clicker allows players to transform the ruins into a famous city on the edge of the forest. The application has more than ten thousand downloads and the average rating in the Play Store is 4.5 points. Nevertheless, many users note the small amount of equipment.

Champions of Avan is made in the form of a clicker, so all battles are automatic. However, it is important to maintain the status of a leader. The player must send enough strong fighters to the monster camp who can cope with the task. Initially, the there is a choice of four main characters, each of which has a card with detailed information. Moreover, by sending fighters on missions, the player increases experience, which allows him to destroy powerful monsters subsequently.

The main idea of ​​Champions of Avan is to create a separate state among the gloomy forests of Rokmyer. Rebuild the ruins of Avan thanks to the actions of player in face of the lord. To do this, you need to get resources from sawmills and mines, improve them, and construct new buildings with resources received. It is important for the player to improve the tavern to recruit new soldiers into the city’s army. In addition to resources and an army, the lord can build hospitals and houses.

There are markings in the upper right corner of the screen where players can watch the current game quests. After completing them, you can get money or resources. The most common reward is a bag of gold coins. It should be borne in mind that it is impossible to miss the quest even for gold.

Obtain loot by defeating monsters and opening chests at battle sites. It is necessary to use the received equipment in the Campaign tab, giving armor or weapons to one or another hero.

It is worth noting the high-quality graphics of Champions of Avan. The village surrounded by woods immerses the player in medieval times. The gloomy forest is teeming with evil spirits that you can attack with from army of the new lord. Hero cards deserve special attention, because each character is depicted in detail. At first, the ruins may seem abandoned and nondescript. However, the more improvements occur in the city, the better it will look in the wilderness.

There is no musical accompaniment in the game, but player can clearly hear birdsong, victory cries of the warriors and process of constructing new buildings, as well as their improvement.

The strategic clicker is a great option for an interesting pastime. However, obtaining gold coins takes a lot of time and effort. There is special in-game store, where you can purchase bags of gold coins for real money. However, players have the opportunity to install Champions of Avan with a built-in mod that allows them to make purchases completely free of charge. To do this, you need the Internet and authorization in the Play Market. The mod also unlocks a pre-registration bonus.

After launching the application, player finds himself in a ruin surrounded by a forest, where a number of tents and a bonfire are located. There is a sawmill near the fire, from where the player can get wood as an essential resource. On the right is the hammer icon, by tapping on which you can find out buildings that are ready for construction. Next to this sign is the battle tab, where you need to hire fighters to attack. After capturing new lands, the main character will be able to place his structures and buildings on it.

There is no special control technology in the game. Champions of Avan is a strategic clicker game. You just need to buy buildings important for the life of the city, improve constructions and the castle. In addition, it is necessary to send your best warriors to battle against monsters.

Champions of Avan offer players a real guide over a village, which is located near the forest. In the person of the lord, you must correctly distribute all the affairs in the village, build the necessary buildings and lead the campaign to defeat the monsters.

How to Install Champions of Avan Mod?