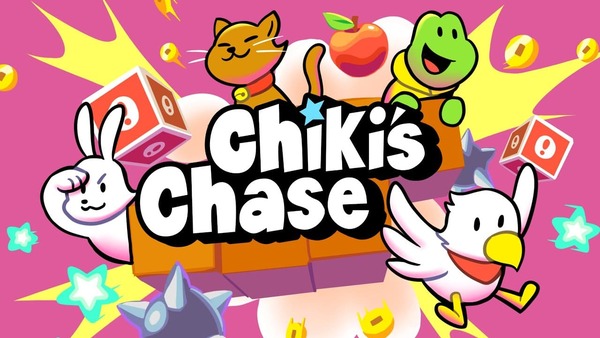 Chiki’s Chase is an entertaining game from the dvdfu studio. Here is a classic platformer that has many features. You play as different animals and always run in the same direction. The character moves automatically and you need to jump and shoot in order not to fall into the abyss and destroy all enemies. Do not forget to also visit the shop of merchants and purchase various artifacts there. As the game progresses, the main character will be able to open new characters, purchase skins for them and gather a collection of all artifacts. The gameplay consists of levels, but in general it is endless. If you spend all your lives, you will have to start the location all over again. If you like dynamic projects, pay attention also to Violent Samurai.

The game is an endless runner in which our four heroes (eagle, cat, hare and frog) run from their house on an adventure. Why and what for – is unknown. However, if you want to help them, you should definitely download Chiki’s Chase.

Immerse yourself in addictive gameplay

The gameplay introduces you to a true classic of arcade platformers. Here you have to go through a long campaign, represented by a sequence of relatively small levels. The stages themselves involve passing through various traps, fighting enemies, interacting with mechanisms, solving simple puzzles and much more.

Each of your actions related to the destruction of the enemy, the collection of various bonuses, and so on increases the total number of points in the statistics. Also, don’t forget to collect the money scattered around the locations. You can go through the campaign an infinite number of times, improving your results.

Fight a variety of enemies

Most of the traps here require you to perform jumps, dashes and somersaults. The hero’s abilities in Chiki’s Chase help him deftly avoid various spikes, moving platforms, and clusters of enemies. The interesting thing is that it is not necessary to destroy enemies here. However, this will steadily increase the number of points earned.

Here you can meet a variety of opponents. To destroy them, you need to shoot at enemies by tapping on the right side of the screen. For some you can just jump on them and crush them like in Mario – this is a tap on the left side of the display. In general, there is no universal recipe for destruction. Sometimes it is better to completely jump over the enemy and move on.

Between the levels of Chiki’s Chase, you can visit four different shops and buy something useful to facilitate the gameplay. Each vendor sells their own merchandise: a wolf barista serves coffee, a peacock does magic, a pig farms, a squirrel sells capsules of random items.

They react nicely if you just come in to “look.” Artifacts increase the amount of vital energy. For example, allow you to hang in the air for a longer time. You can also increase the power of your attack and much more. All upgrades require money, which you can obtain by collecting coins in the levels.

The whole game is cute: different locations are painted with bright colors that are pleasing to the eye. Vendors look very nice, while characters themselves are nice enough. Monsters are not too scary either. In general, what you need is to relax.

We recommend you to download Chiki’s Chase mod APK with all the characters and improvements unlocked.

When running across rough terrain, you cannot run away from monsters, especially since you are running towards them. However, this is not a problem, since each of the four heroes can deal with enemies quite easily. Two of them have ranged attacks and two have melee attacks.

The runner is quite simple, as you just need to run and avoid obstacles/destroy enemies along the way, collecting coins and gems. Although, the further you go, the more difficult the game becomes. Spikes, lasers, portals and other obstacles appear.

Chiki’s Chase is an interesting runner that can keep you busy for several evenings. There are several characters, leveling options, as well as many upgrades available for in-game currency.